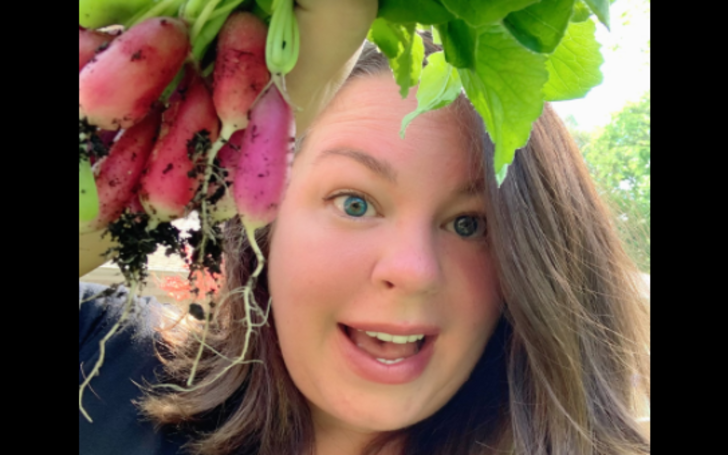 Jennifer Misner is the ex-wife of the late actor, Dustin Diamond. The couple was together for four years and had separated eight years before the death of Diamond.

Saved By The Bell fans and even Hollywood were taken by surprise when Dustin who played Samuel Screech Powers in the NBC sitcom died in Feb 2021. Amidst the mourning, people started to recollect the actors ‘ some of the most memorable incidents on and odd the screen.

And his history cannot be remembered without his relationship; more specifically, with one who walked down the aisle with him, Jennifer Misner. Know where she met Dustin, why she parted way with the actor, her life after the divorce, and many more in the content below.

Misner is yet to share her birth date among the general public. She, however, is believed to have been born in the 70s and is a native of Pennsylvania. Jennifer at least has one sibling, a sister, Amanda Misner who is a consumer loan ops specialist at First Commonwealth Bank and lives in Ebensburg, Pennsylvania.

Jennifer Misner Worked As A Marketeer For Numerous Organizations

In 1996, Dustin’s ex-wife began working as a project manager for Transaction Network Services (TNS). After that, she served in the marketing department of the Monarch group.  Five years later, Misner became an independent sales consultant and in 2010 got the position of sales director at Sheehan and Associates.

From 2012 to 2013, Jennifer filled a similar position at the Concord Hospitality Enterprises. She then started to serve Schulte Hospitality Group. In 2018, the former partner of Diamond became the vice president (marketing + strategy) at Jacarusco Enterprises. Misner as of recent is with Sonesta Hotels.

Dustin Diamond & Jennifer Misner Met in Pennsylvania & Got Married in 2009

Misner married her longtime boyfriend Diamond in 2009. In October 2012 during an interview with City 12, Diamond showed his wedding ring and said after three years of his marriage, “Happy life, happy wife, my friend.” He added that he wanted to have children

The Book Of Love actor and Jennifer had started their romance in late 2004; first meeting in Pennsylvania. According to InTouch Weekly, they encountered each other while Diamond was on tour.

Misner, while still the girlfriend of Dustin, suffered a miscarriage as a result of an ectopic pregnancy. The loss also left the couple with some high medical bills.

CBS News reported from June 2006, Diamond and Misner were living together in Port Washington, Wisconsin, at the time.

The pair decided to end their marriage in 2013. Post the separation, Misner’s ex put his Port Washington home for sale in 2020 and after that relocated to Florida.

After suffering a miscarriage, Diamond and Misner started a charitable organization to benefit children. They launched the Dustin Diamond Foundation, which IMDB reports was set up to support “organizations that specialize in child care.” However, the foundation’s website has since been deactivated.

The first event the former couple hosted was a “Haunted Masquerade” sit-down dinner in October 2005. Amidst his marriage with Misner, Diamond had settled into a schedule of celebrity fundraisers, stand-up comedy, and building a life in Southeastern Wisconsin.

He and his former wife Jennifer developed compassion for patient care and used their place in Milwaukee and surrounding communities to raise money for Children’s Hospital of Wisconsin.

Misner allegedly stood by Diamond in 2006 when his sex tape, Screeched – Saved by the Smell, hit the internet. Diamond admitted to Mario Lopez of E! News in 2016 that he opted to make the sex tape because he wasn’t having much success as an actor at the time.

The video, however, does not feature his ex-wife, Misner. In September 2006, E! reported the 50-minute sex tape featured Diamond and two unidentified women. At the time, the San Jose-born actor cited the video had been filmed “a while ago” as part of a competition with friends.

In 2013, Diamond told Oprah Winfrey the sex tape is the thing he was most embarrassed about. Diamond also explained how Paris Hilton’s sex tape and its millions of dollars in profit inspired him to make his own. Dustin said his friend wondered whether a “Screech” tape could also earn a lot of money. Diamond later said the decision was “really dumb.”

While still, the husband to Misner, Diamond was facing foreclosure due to unpaid bills. As per a small-claims lawsuit cited by CBS News, one of those bills was for $800 worth of landscaping. Misner’s late ex-spouse had claimed in a court filing that the landscaping bill “came from a contract signed in 2004 without his knowledge by an ex-girlfriend. The actor reasoned they went through ‘a very ugly breakup’ that November.’

Prior to marrying Misner, Justin dated Beth Musolff starting from 2002. The relationship, however, mostly portrayed Misner’s former partner as the villain. In an interview with Daily Mail, Beth revealed an incident where the deceased actor once pulled a knife on her in a fit of rage and threatened to push her from a hotel balcony.

Musollf described him as “abusive” and “paranoid. She added Dustin always carried a knife on him when they were together, saying it was for his own safety. Beth further revealed that the actor was verbally aggressive to her during times in their relationship and was so unpredictable.

In December 2014, police had arrested Dustin Diamond for the possession of a switchblade and charged him with reckless endangerment, carrying a concealed weapon, and disorderly conduct in Ozaukee County, Wisconsin. At the time, Dustin was dating his fiancee, Amanda Schutz. She was a former business owner for a clown company.

Markedly, Schutz was also with Dustin when he had pulled the weapon out during the bar altercation where a man was stabbed. Apparently, a woman was harassing the actor, and his then-fiancee, Schutz. Diamond told the woman sucker-punched his wife to be and a man grabbed her by the hair. The actor further revealed how he put out his knife and they both stopped. The man, nevertheless, ended up cut by the knife.

The authority later charged Dustin for disorderly conduct and he consequently got four months in prison but was released after serving three.

In the meantime, the Hamlet ADD star and Schutz broke. During the time of his death, Diamond was dating a woman named Tash and as per the reports she now has some of his ashes.

Misner currently lives in Louiseville Metropolitan Area, Kentucky, and is a regional sales director at Sonesta Hotel. She’s been with the company since September 2019.

Neither Misner nor the late actor ever revealed the reason behind their separation.

Jennifer Misner Is A Garden Business Owner In Kentucky

In August 2020, Misner announced the launch of her small garden business, licensed by the state and given the KY Proud stamp of approval. She also revealed how she was one of the hospitality professionals who had their job impacted by COVID and had lots of free time.
Misner then added that she and her business partner were then working with a vendor that would ship their live plants beginning in the spring of 2021.

In the meantime, she advocates different fundraisers and charity events through her socials. From what it appears, she is still to be seen with a love interest or a partner of that sort.

Misner’s ex, Diamond’s hospitalization began on January 14, 2021. He had been feeling pain all over his body.
Dustin’s close friend Dan Block revealed the 44-year-old had a “huge lump” on his neck for some time. The Saved By The Bell actor, however, stopped going to the hospital in case people took photos and posted them online.

The Californian star had completed one round of chemotherapy in Cape Coral, Florida, but died from the disease on February 1, 2021, despite the rumors that he died in a car crash.

It’s unclear whether the Saved By The Bell actor was still in touch with his ex, Misner before he lost his life from lung cancer on February 1, 2021. This was weeks after doctors told him his illness was terminal. They also informed him how he had weeks to five months to live.

A month after Diamond’s demise TMZ obtained the star’s death certificate, and under marital status, it says “never-married.” This was despite the fact that there were many sources that have confirmed their relationships and many had even seen the actor with a wedding band.

The real shocker was that Dustin’s close friend, Dan Block claimed DD was never the legal husband to Jennifer. Dan told TMZ, Jennifer was his girlfriend and his late friend had worn the ring just as a way of showing his dedication to her when he traveled for work.

What’s more, the whole time Dustin talked about his marriage to Misner, was a mere stunt of the actor to get more sympathy while dealing with his dire financial crisis. Dustin’s friend, Dan said, in recent years, he had wanted to clear up his marital status and didn’t like how his Wikipedia page mentioned his marital affiliation with Misner.