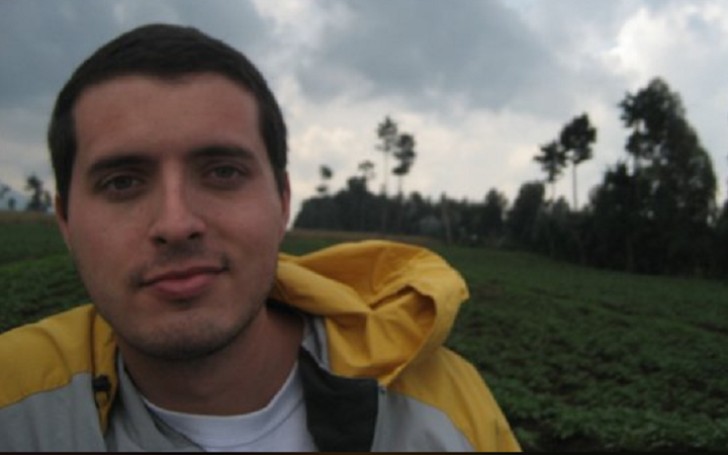 Eli Kay-Oliphant is a lawyer by profession who currently works at Massey & Gail LLP, in Washington, DC. He is, however, more popular as the husband of Marina Squerciati, an actress.

His wife is known for her TV role as Kim Burgess in the series, Chicago P.D. The actress has also reprised her character in other Chicago franchises like Chicago Fire, Chicago Med, and Chicago Justice.

While talking about their love life, the two hardly talks about their married life in the media. In today’s article, we are going to provide some unheard facts about Marina’s hubby Eli, including his career as a lawyer, parents, and other family details!

Eli Kay-Oliphant is a Lawyer: His Career in Detail

He is a lawyer by profession. He did his internship as a summer associate at Paul Hastings. Eli then began working for O’Melveny & Myers LLP in Washington, D.C. Mr. Oliphant mainly focused on government-related counseling while working for the company.

In August 2007, Oliphant started a job as a law clerk at the honorable W. Eugene Davis of the Fifth Circuit Court of Appeals. A year after at the office, the attorney went on to work for Latham & Watkins LLP in New York City. He spent over four years from 2008 to 2013 working as an associate at Latham.

Furthermore, Eli crafted his skills at Kobre & Kim LLP for over a year, before making his move to Massey & Gail in September 2014. His works at Massey predominantly focused on complex commercial litigation. He also has wide experience in matters related to commercial fraud, technology, media industries, and many other major issues.

Besides, Eli Kay-Oliphant with wide experience in matters related to financial services, energy, health care, and more also worked for Sparacino PLLC. It is an investigation and white-collar law firm in Washington.

Who are Eli Kay-Oliphant Parents? His Step-dad died at 76

He is the son of Lee Oliphant Archambeault (mother). However, the details about her biological father are still missing. Following his parents’ divorce, his mom went on to marry a guy named James Archambeault, his step-dad. James was an elite photographer. Sadly, the man died on 26th Feb 2019 in a hospice in South Carolina. He was 76 at the time.

His Brother is an Enterprise Architect

Eli Kay-Oliphant also has a brother named Noah Oliphant. He is now an enterprise architect at Oliphant Software. He previously also worked at Avanade and the American Cancer Society. As for his education, he studied Cognitive science at Northwestern University.

Where is Eli Kay-Oliphant From? His Early Life

He is from Lexington, Kentucky. Eli who was born Eli J Kay-Oliphant is 42-year-old as of 2022. He holds an American nationality and belongs to white ethnicity.

He studied Law at College

As for his educational background, Eli attended Northwestern University in 1997 and graduated with a Bachelor of Arts and Political Science in 2001.

He later got enrolled at the Emory University School of Law in 2002. He earned JD with honors. At the college, he was a William Agnor Scholar and also received Dean’s Awards. In the meantime, he worked as the Editor-in-Chief for the Emory Law Journal.

When did Eli Kay-Oliphant and Marina Squerciati get married? Their Long-term low-profile Relationship

Eli Kay-Oliphant has been married to Marina Squerciati for a long time now. Regardless of their longtime matrimonial relationship, the couple has refrained from revealing any insight into their marital bliss.

They never openly talked about their wedding so their wedding is still a mystery. Nevertheless, one is for certain, they are together since the early 2010s.

Marina’s husband Eli has shared a few photos of the couple on his social media back in 2011 and 2012. As for Marina, she is quite successful in keeping her personal details to herself.

How did Eli and Marina meet?

Neither Marina nor her spouse Eli revealed how the two first met. But their college life hinted something about their first meeting. They both attended Northwestern University.

Eli graduated from college in 2001 while Marina in 2003. They might have come across at the same time.

Eli Kay-Oliphant Has a Daughter With His Wife

Eli and Squerciati are proud parents of a child. The actress gave birth to their only child, a daughter in mid-2017. She announced her pregnancy whilst posting a promotional post for a stroller company on Instagram in Feb 2017.

The Chicago P.D. star uploaded the first-ever photo of her baby girl in May 2017. She captioned the picture,

“Please welcome our newest female detective on the #ChicagoPD force! And to all my friends who got me Pampers off my registry … THANK YOU. Um, turns out babies use them. A lot.”

Squerciati often shares pictures with her little bundle of joy on social media. But her daddy Eli is yet to appear together with them. This raises many questions surrounding Eli’s paternity with Marina Squerciati’s baby.

The answer to this question is, of course, he is the dad of the child.

Eli resides in Chicago with his Wife and Daughter

The family of three now lives in their apartment in a Near West Side building, in Chicago. The actress plunked down $667,500 for her 2,150-square-foot condo. It has three bedrooms.

What is Eli Kay-Oliphant Net Worth?

His net worth as per several online sources is $500,000 in 2022. On the other hand, Marina has a $1 million net worth. She has collected such good money from her acting career.

Who is Marina Squerciati?

Marina is an actress who initially worked in theater. She received the Agnes Moorehead award after her performance in the off-Broadway play Just in Time: The Judy Holliday Story. She later became a part of several other theater productions as well. Marina made her film debut appearing in Emile Ardolino‘s directorial project The Nutcracker in 1993.

Marina snagged the role of Melanie in It’s Complicated in 2009. The same year, she scored her first role on TV, playing Besty Naylor in Law & Order: Criminal Intent.

Her career reached heights when the actress took the role of Kim Burgess, an ex-lover of Adam Ruzek (played by Patrick John Flueger) on a drama television series Chicago P.D. She has also continued the same role in its franchises.

Moving towards her film projects, the entertainer appeared in three films Sparks, Night Moves, and Cloudy with a Chance of Meatballs 2 in the year 2013. Furthermore, she appeared in Marshell and Central Park in 2017.