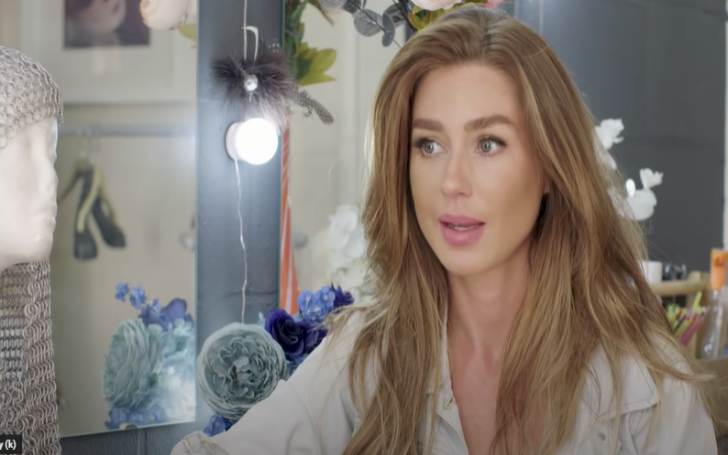 Since Watson has been quite a popular face on social media, many of her fans are eager to know more about her life, especially regarding her dating life. Thus, let’s find out if Eliza is dating a boyfriend in 2022. Besides, did you know Eliza was previously a drug addict? Is the Instagrammer completely recovered from her addiction now?

Well, here is everything you wanna know about Eliza Rose Watson including her personal life, her career journey, her net worth, and many more!

Born in 1989, the social media star celebrates her birthday in July. She is 32 years old as of now. She was born and raised in the United Kingdom to an average family with two other siblings.

Her mother’s name is Lousie Watson, who has always been supportive of her. Her mother raised her along with her two brothers. However, she does not speak much about her brother and father on her social media platform.

Moving toward Eliza’s academics, Rose first completed her primary schooling at a local school in her hometown. Later, she joined a university nearby and graduated with a major in Psychology in 2016.

Besides, as for her nationality, Eliza is an American and belongs to the Caucasian ethnicity.

Before living a lavish life as an OF celebrity, Eliza had a miserable financial condition. She admitted in an interview with Truly that she started doing drugs and alcohol at the age of 23. She also said it all began after she began her modeling career,

“When I first started modeling and going out I liked drinking cocktails, but by the end, I was necking neat vodka and whisky.”

In another interview with Daily Mail, the social media star further acknowledged she was addicted to all those stuff for more than 4 years.

Eliza also revealed that she would take money from her mother for food and a taxi and spend it on her addiction. Furthermore, it took quite a long time for her to rebuild her mother’s trust.

The popular social media influencer is quite open about her dark past. She disclosed that she tried committing suicide many times. Eliza Rose Watson said she was tired of her lifestyle and couldn’t take it any longer.

“I was at the end of being able to cope. I’d made several attempts at suicide by then, spending time in hospital and police custody. I knew I couldn’t go on.”

Furthermore, the OF star spelled her truth out in the above-mentioned interview that she also had to beg for money from strangers. She used to sleep on the park benches and random people’s couches. She said,

Watson also said she tricked people to lend her money but eventually cut off from them and never reply to them.

When Eliza was going through all this, one of her friends came to her doorstep and asked her to come to the Alcoholics Anonymous meeting. She too wanted to change her lifestyle and went along with her friend. She continued her 12-step program and gradually started getting back on her feet.

At present, the Instagram star is almost fully-recovered and more focused on her workout routine.

Watson Was a Teacher Before Joining Only Fans Community

Following her recovery, Eliza started her job as a teacher. She used to teach children from the 2 to 4 age group. She once said that she always loved to spend time with kids but wasn’t satisfied with the income she generated as a teacher,

“Children are such sponges at that age. I loved watching them develop their social skills and seeing their confidence grow. The job was perfect but I wasn’t making enough money. I wanted to be able to pay my mum back the cash I’d stolen from her and others, and be able to stand on my own two feet.”

Because of the low-paying salary, she was not able to continue her job as a teacher for a long time and later decided to change her career path.

How Did Eliza Get So Famous?

It all started when one of her fans from the Of community leaked her pictures and video on the Reddit site. After that, her fame started booming all over the internet and became famous overnight.

Since then, she has been using her fame as a benefit. She has been able to make a huge amount of money on the internet because of her immense popularity.

Eliza Thanks Only Fans Community for Changing Her Life

In December 2019, Eliza decided to boost her income and created her Only Fans page. She is now making quite a decent amount of $2000 per month from her profile. Watson said she is very thankful to the community as it changed her life from a homeless drug addict to a well-earning celebrity,

“Now if my family or my mum needs me, I can be there for them. Only Fans enables me to have that flexible life and the high I get from exercising is better than any drug or drink.”

But, it wasn’t that possible for her to make such a massive fortune a month as Eliza still works 16hrs a day Monday to Sunday on her Only Fans page. She regularly talks to her fans from age 20 to 60.

Moreover, she also claims that Only Fans is not just a place to have “sexy talks” but also considers a community. She has shared her experiences with talking to women about fitness tips and other girls wanting to gain from her Only Fans account.

Is also an NFT Artist

Besides Only Fans and brand endorsement on social media, she also makes NFT art. As per her bio on her Instagram account, she made it clear that she has been working as an NFT artist too.

Is Eliza Rose Watson Dating Someone?

Despite being such a popular social media figure, she rarely talks about her dating life. Because of her tendency to keep things private, most of her fans wonder to know if Eliza has a boyfriend at present.

However, the answer to the question remains a mystery cause Watson has never come forward with her relationship status nor has revealed anything about her boyfriend.

What is Eliza Rose Watson’s Net worth?

Eliza is living quite a lavish life with the fortune she has earned. She generates good income through her only fans account, sponsored posts, and a few other endeavors. And her estimated net worth in 2022 is $1.2 million.