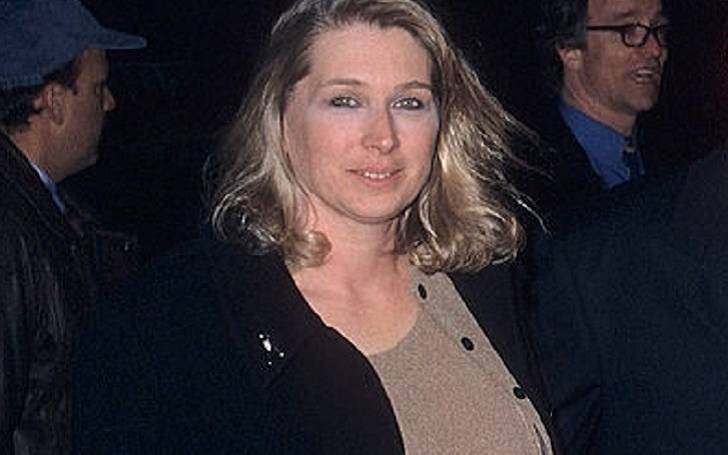 Elizabeth Keuchler (aka Elizabeth Baldwin Keuchler) is the oldest Baldwin sibling. She has four brothers and one sister. All of the Baldwin brothers have built a glorious career in the entertainment world. Her younger bro Alec Baldwin who has actively been involved in the industry since the 1980s got an Academy Award nomination for his work in the drama The Cooler. Similarly, over the years, her three other brothers Daniel, William, and Stephen (Hailey Baldwin‘s father) have also worked in numerous hard-hitting movies and TV shows.

Well, while talking about Elizabeth, Alec’s older sister prefers to live a radar secretive life. But, it doesn’t mean that Elizabeth is also silent about earning money. The oldest children of the Baldwin family gained huge backlash after it came to know that Keuchler is paid a six-figure salary from her mother’s Breast Cancer Research Fund.

Aside from that, Elisabeth is the proud mother of six grown children with her long-time husband Charles Keuchler. Here are several other unknown facts regarding her life. Let’s take a look!

How Old is Elizabeth Keuchler? Is the Oldest in the Baldwin Family

Her age is 65 as of 2021. She was born on October 15, 1955, in New York, the United States of America. She is the oldest child of her parents Carol M. Baldwin and Alexander Rae Baldwin Jr. For her childhood, Beth grew up in her hometown of New York with her family members.

Besides, her nationality is American, and as far as her ethnicity is concerned that Keuchler is Caucasian.

Are Her Parents Still Alive?

Her mother Carol, 91, is still alive. However, Elizabeth’s father Alexander died on 15th April 1983, in Philadelphia, PA. Alex who was born in October 1927, in Massapequa was a teacher in the Massapequa school system. He also spent a decade and more working as a coach at the school.

Elizabeth Keuchler Siblings: Brothers Are Actors and a Sister is a Physician

We have mentioned earlier that Elizabeth is better known as the oldest sister of the Baldwin brothers, Alec, Daniel, William, and Stephen Baldwin. The high-profile Baldwin family gained further popularity after Stephen’s daughter Hailey Baldwin, whom the actor shared with Kennya Deodato got married to pop star, Justine Bieber.

On the other hand, Elizabeth’s sister Jane Sasso is a physician by profession.

What is Elizabeth Keuchler Doing at present?

Baldwin-Keuchler is now the executive director at the Carol M. Baldwin Breast Cancer Research Fund of Central New York, Inc. It aims to battle against breast cancer and supports both new and established researchers. As per sources that the foundation has awarded a total of $5 million to medical research.

Elizabeth Keuchler Net Worth in 2021

Her net worth is $3 million as of 2021. She mostly makes money from her work as the executive director at the Breast Cancer Fund.

In the meantime, Elizabeth’s brother Alec has an estimated net worth of $60 million, whereas, William’s fortune is $6 million as of 2021. In total, the Baldwin family has a wealth of about $100 million.

How Much is Elizabeth Keuchler Paid From The Charity Fund? Her Salary Equals to More Than Half of The Foundation’s Revenue

Back in Sept 2013, RadarOnline reports that the Carol M. Baldwin Breast Cancer Research Fund brought in $416,916 in “revenue after expenses” in 2009, 2010, and 2011. During the period Elizabeth who is the executive director of the fund was reportedly paid a salary of $243,473 a year. And her other compensations were slightly more than $81,000 per year.

Furthermore, sources say that Elizabeth is the only employee who is paid a salary at the charity organization. Neither her mom Carol, a board chair of the foundation nor other employees are salaried at the foundation. Besides, its revenue went to grants for breast cancer research, prevention, and treatment of the disease.

Following the news went public, James Edstrom, volunteer for the Fund in the 90s, told RadarOnline.com,

“It angers me that nobody’s looked into the expenses of the fund. Nobody seems to be outraged that Elizabeth’s … expenses are paid for and she gets a salary out of the fund.”

“You look at a family like that that … and everybody thinks they’re doing it for the goodness of their hearts. If you’re gonna do a charity and you’re a wealthy person, there’s no reason to take any money out.”

“It used to outrage me so much the way Carol Baldwin would go collect money at schools where kids would get change out of their lunch money to donate and stuff like that and then see it go to the family. Where’s the justice, when you’re on salary and all these expenses are being paid for. It really upset me that nobody really seemed to care about where this money was going.”

Who is Elizabeth Keuchler Husband? Details on Her Long-Time Marriage

Elizabeth is in a blissfull marital relationship with her long-time husband Charles Keuchler. The enduring couple tied the knot back in 1976. And their secret wedding ceremony took place in Massapequa, New York. Sources say they dated for some time before their 1976 nuptials.

It’s been nearly a half-century that the two is involved in conjugal life and their relationship still seems it has never been stronger.

Her Hubby Charles is a Landscape Contractor

Charles has worked as a landscape contractor for over forty years. Born and raised in Massapequa, Nassau County, Charles, 70 went to Berner High School.

Elizabeth Keuchler is the mother of six children

Along with their successful married life, Elizabeth and her hubby Charles are also proud parents of six children. Their oldest child a daughter, Jessica Elizabeth Keuchler was born in Jan 1978. Their five kids are Jacqueline, Jennifer, Jeanne, Jill, and Jonathan.

Their daughter Jacqueline is a Licensed Marriage and Family Therapist at Family Care Medical Group. She went to Eastern Nazarene College.