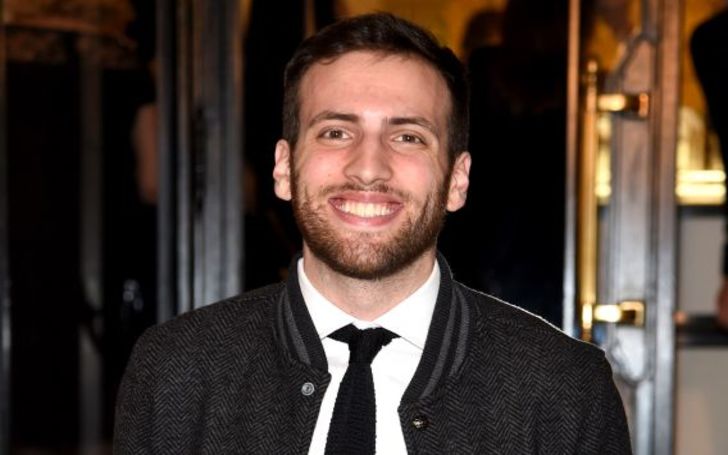 Besides being the creators of some of the most iconic songs ever, Bruce Springsteen and his wife Patti Scialfa are also parents to three kids. These exceptional children have great careers of their own.

And the star of the day is the first child of the Springsteen couple, Evan Springsteen who just like his parents, is passionate about music and loves to perform with his father on stage.

Out of three, Evan’s the only one who followed in his father’s footsteps. But has he been able to create a legacy that is anywhere near to his father’s? Know how his musical career has been in the article below. Also know more about his early life as well as his personal affairs.

Evan Springsteen (fully Evan James Springsteen) was born on July 25, 1990, in Los Angeles, CA. Through his father, Evan is of Dutch, Irish, and Italian descent. His grandfather, Douglas Frederick “Dutch” Springsteen (1924–1998), worked as a bus driver and held other jobs. Douglas suffered from mental health problems throughout his life which worsened in his later years.

Evan’s paternal grandmother, Adele Ann (née Zerilli) (born 1925), was originally from the Bay Ridge neighborhood in Brooklyn, worked as a legal secretary, and was the main breadwinner in Springsteen’s family.

After the birth of Evan, his father, Bruce had a moment where it became clear to him that family was important. He and his wife consequently decided a three-week tour would be okay, but anything longer was a bad idea.

In a podcast with Barack Obama, in an episode called “Fatherhood,” Evan’s father said after he had Evan, he experienced fearless love for the first time in his life. Bruce added he never knew he’d be capable of feeling that. He credits Evan for strengthening his and Patti’s relationship and their family bond.

IMDb reports Evan attended Ranney School and Rumson Country Day School. He was a lacrosse player during his time at Ranney School in New Jersey.

He attended Boston College, a private Jesuit research university, and later graduated with a music degree in 2012. During his college years, he won the 2012 Singer/ Songwriter Competition held amidst the Boston College’s Arts Festival.

Evan was also in Sirius XM Radio as a program director and festival producer.

Evan’s father, Bruce tied the marital knot with Patti Scialfa, on June 8, 1991. They, however, became parents to their first child, Evan before the marriage. Evan’s nesters have been together for the last three decades.

The future longtime partner grew up within the same social circle and lived just 10 miles from each other. They met for the first time in 1980, at the famous New Jersey bar, “The Stone Pony.

Evan’s mother, Patti soon became the only female member of Bruce’s band, “E Street Band,” after she auditioned to be a backup singer. From then, fans took note of the pair’s chemistry, whenever they partnered up to perform their many duets.

Bruce, however, married Julianne Phillips in 1985, a union that lasted barely three years, as she soon filed for divorce in 1988. They officially separated in 1989. Shortly after, Patti moved in with Bruce, and two years after, they tied the knot.

Evan is the eldest child of Bruce Springsteen with his second wife, Patti Scialfa.

After a year of his birth, his parents welcomed his sister, Jessica Rae Springsteen, on December 30, 1991. Jessica happens to be a well-known American equestrian. She is also popular as a showjumping champion rider who has won several medals. Jessica is currently No. 14 in the world in FEI’s showjumping rankings.

Evan’s sister, Jessica represented Team USA in the 2020 Tokyo Olympics and participated in team jumping and individual events. She won a silver medal in team jumping. She was also an alternate in London (2012).

Additionally, she is quite expressive with her social media occasionally posting photos of her equestrian doings. She received a psychology degree from Duke in 2014.

Likewise, Evan’s younger brother, Sam Ryan Springsteen, born, January 5, 1994, is officially a New Jersey City firefighter. He, along with fifteen others, received the prestigious title during the City Hall Ceremony in January 2020. Sam formerly served as a volunteer member of the Monmouth County Fire Department.

Evan, Jessica, and Samuel, all three featured as backup singers on Bruce’s 2002 song “Down in the Hole.”

Despite Evan’s love for music, Bruce revealed in an interview with The New York Times, that none of his children knows the lyrics to his songs. He said he and Patti had kids late, he was 40 when their first son was born, and they showed a healthy disinterest in their work over all the years.

In July 2006, Evan then 15-year-old had to be pulled from an Adirondack lake by forest rangers after his kayak overturned.

The incident happened on July 2, when the family was in Lake Placid.

Officials with the state Department of Environmental Conservation reported forest rangers on routine patrol spotted an overturned kayak some distance from shore. When they pulled up, they saw Evan in the water.

The rangers got Bruce’s son into their boat and took him to the rented lakeside camp where his family was staying.

What Is Evan Springsteen Doing Now?

Evan has been known to the general public as a music and audio producer. However, as of recent, Evan is yet to come up with a creation of his own. Some speculate he has called it quits to his musical journey, though, no confirmation of such nature has surfaced.

The eldest son of Patti and Bruce is also distant from social media. That makes it even harder to know about his current activities; professional and personal wise. Accordingly, his love life to the public’s knowledge is nothing but a small-fry mystery.