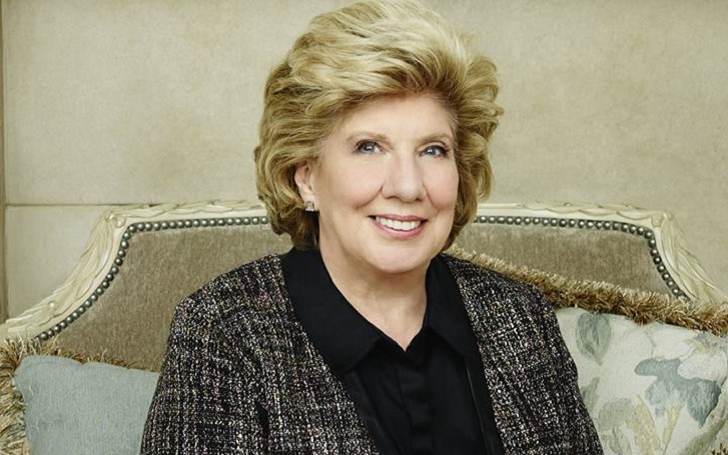 Faye Chrisley is a famed reality TV personality who rose to stardom after her appearance as ‘Nanny,’ an elder matriarch of the Chrisley family on USA Network’s series Chrisley Knows Best. The seventy-nine-year-old performer still looks quite energetic while portraying an immensely interesting character on the show with her son Todd Chrisley.

Unfortunately, Faye’s husband, Gene Raymond Chrisley, a veteran died at 77. Besides, a number of curiosities, including Faye’s net worth and her sister have been raised over the years. In this article, we will explore everything you need to know about Todd Chrisley’s mother!

Chrisley was born on September 2, 1943, and is aged 79 as of 2023. Talking more about her early details, Faye is from Westminster, South Carolina. She grew up in Westminster along with her parents. However, we have no details about her father and mother at present.

In an episode of Chrisley Knows Best, Faye opened up about her tough childhood while she really got upset with three of her grandchildren: Grayson, Chloe, and Chase. It all happened when the kids were not listening to her. She said,

“I think about how hard I had to work, milking cows every morning at 4:30 in the morning, and then going to feed the hogs and the chickens. Y’all couldn’t survive one week on what I had to do.”

Besides, as for her education, Faye graduated from Westminster High School, in Westminster, California.

Chrisley has an older sister named Francis, who occasionally appears on the reality TV series Chrisley Knows Best. Back in early February 2021, the show posted a video of the sister duo, where they were seen attending burlesque classes to get in good shape.

Todd’s wife Julie and their daughter Savannah accompanied Faye and her sister Francis. After doing several funny but improving dancing stints, Francis told at the end of the clip,

“We need to get our sexiness back.”

Here is the full clip to see their sexy dancing steps,

Chrisley gained widespread fame as soon as the veteran TV personality started appearing on the hit series Chrisley Knows Best. Over the years, Chrisley has amassed widespread fame with her portrayal of the character of Nanny, a serious gambler who also enjoys drinks on the series.

Faye Chrisley truly likes to gamble. Back in April 2019, the gentle matriarch of the Chrisley clan shared an adorable photo along with two of her grandchildren, Chase, and Savannah Chrisley. Faye hilariously wrote a caption,

“Love these children. But I like them more when they go gambling with me.”

The show, which documents the lifestyle of Chrisley’s wealthy family, has aired eight seasons to date. In March 2021, it was renewed for a ninth season and the ninth season premiered on August 12, 2021. The final episode of the ninth season was aired on 16th December 2021.

Faye appears on the show along with her son Todd and his wife Julie Chrisley. Furthermore, all of Faye Chrisley’s grandchildren and great-grandchildren Kyle, Lindsie, Campbell Chase, Savannah, Grayson, and Chloe Chrisley features on the show.

However, as of now, the show was already canceled. It all happened after Todd along with his wife found guilty on federal charges of bank fraud and tax evasion. Following the scandal, the couple was also imprisoned for a combined 19 years.

One of Her Grandchildren was a Drug User

Faye Chrisley’s oldest grandchildren, Kyle Chrisley, 31, once dabbled into drugs and alcoholism. Sources say that Kyle went into addiction due to his parents’ toxic relationship. He was born to Todd Chrisley and Teresa Terry.

The former couple first met while they both were at High School in Westminster, South Carolina. They began their lovey-dovey when Todd was 19 while his then-future-wife Teresa was only 17.

Talking about their marriage, the two exchanged their vows a year after Teresa gave birth to their first child, a daughter Derrick C, on 17th Sept 1989, in South Carolina. Todd and Teresa walked down the aisle at a nearby church in front of six attendants on both sides.

Fifteen months after their first child’s birth, the couple welcomed their second child, a son Kyle. Despite having such a wonderful family, their matrimonial relationship couldn’t last long as Teresa filed for divorce from Todd in April of 1995. Terry cited Todd’s violent behaviors as the reason for their split.

Their divorce was finalized in the following year. As part of their divorce settlement, the exes agreed to share equal physical and legal custody of their children.

Who is Faye Chrisley’s Husband? Her Married Life

Chrisley was previously married to her late spouse named Gene Raymond Chrisley. However, it never came to know when the former couple tied the knot. In fact, they were together until the death of Gene.

Talking of her late husband Gene, he was born on 9th May 1935. He was a veteran of the U.S. Army who served in the Korean War and also received a bronze star.

As for his parents, Gene was the son of the late Leonard A. and Allie Mae Childers Chrisley.

What Happened to Her Spouse Gene Raymond Chrisley?

Faye Chrisley’s husband Gene died on 11th July 2012, at Emory University Hospital. He was 77 at the time of his demise. He was surrounded by his wife, children, and grandchildren at the hospital.

But, the family never disclosed the cause of Gene’s death. His funeral service was organized at the Chapel of Sandifer Funeral Home.

Her son Derrick Chrisley was reportedly born on 29th June 1971. Sadly, a few months after his birth, Derrick passed away in October of that year. But, there are no genuine reports on how Todd’s brother died. He is survived by his parents and brothers.

One of Faye’s Sons Was Diagnosed With Stage Four Cancer

Faye Chrisley had three kids with her late spouse Gene. One of them is Randy Chrisley, a Westminster, South Carolina native. A source close to Todd told Us Weekly that Randy was diagnosed with stage four cancer in 2014. The source said,

“Todd Chrisley and his family are saddened to announce that his younger brother, Randy, has been diagnosed with stage four cancer.”

Besides, Randy was involved in a few legal dramas in the past. He was arrested for shoplifting in South Carolina in late 2016.

Back in Jan 2020, Randy’s TV personality brother, Todd shared a childhood photo of themselves, explaining their mother’s workload to provide for them in the caption. He wrote,

“God bless my mama, she worked 60 hours a week in a textile mill to make sure we had everything we wanted and needed , I found this photo (me in the red) and Santa brought me a record player and my brother drums , it’s the little things that make me smile now as I get older .. I love you mama.”

In addition to her three children and five grandchildren, Faye has two great-grandchildren; a grandson, Jackson Campbell from Lindsie, and a granddaughter, Chloe from Kyle.

What kind of cancer does Faye Chrisley have? Her Health

Todd’s mother Faye had been diagnosed with bladder cancer. In June 2022, while appearing on the Chrisley Confessions podcast, her son Todd revealed that her mom was “in treatment” and the family had been “dealing with that treatment, weekly.”

He also said Nanny Faye has been struggling with cancer since late 2021. Since then, the Chrisley family was “struggling to get through that” and was “asking for God to lift her up and keep a healing hand on her.”

Faye has an estimated net worth of $1 million. Her major source of income is her career as a reality TV star. On the other hand, her son Todd has had some drama when it comes to his finances. Talking about his fortune, he is still in debt of over $5 million.

Despite this fact, there is no sign of control over the nomadic life of the Chrisley family members. Sources say, they still spend thousands of dollars a year on clothes.

As for Todd’s assets and properties, the real estate guru owned a $1.6 million mansion in Nashville. Amid their alleged financial crimes, in June 2019, Chrisley bought the house in the Nashville suburb of Brentwood for $3.4 million. But, a couple of months later, they listed the property on the market for $4.7 million.

The European-style mansion has a 6-bedroom, 10-bathroom on its 13,279-square-foot space.

We often come across a number of celebrity death hoaxes. Just like that, there have been hoaxes of Faye Chrisley’s death, but we want to confirm she is alive and pretty much busy with her career. The television personality currently lives with her son Todd and his family in Nashville.

Furthermore, there were also rumors regarding Faye dealing with breast cancer. The rumor started after Chrisley told her daughter-in-law, Julie, that she felt lumps in her breasts. However, she later underwent a test and it turned out to be nothing serious.

All About Jerry Seinfeld’s Late Mother Betty Seinfeld; Her Birth, Marriage, And Cause of Death

Meet Halsey Parents: Facts About Her Parents You Didn’t Know