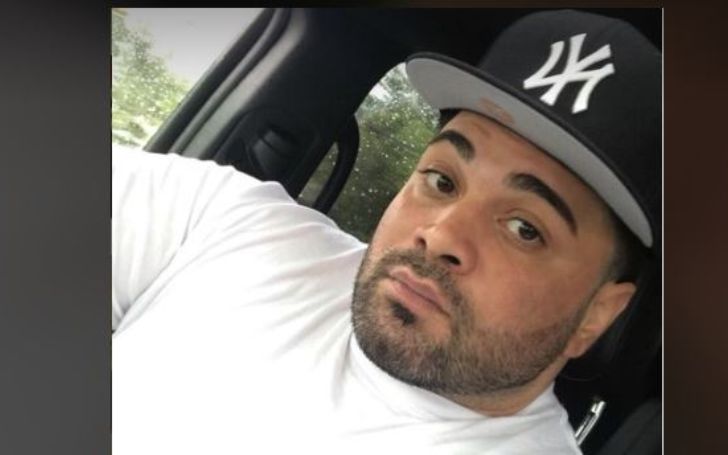 Frank Gotti Agnello or Frankie Gotti Agnello is a book author from New York who is better known as the son of Victoria Gotti and the grandson of John Gotti. Agnello’s grandfather, John throughout much of the 1980s was an organized crime leader (known as the “Dapper Don” and the “Teflon Don”). People know him for his bombastic personality and his role as head of the infamous Gambino crime family.

With numerous high-profile trials and good skills for evading the police, John Gotti captured the public’s attention. He subsequently became one of the most infamous crime figures of the twentieth century. Long after Frank’s death, people, however, still show interest in his story.

The years since John’s passing have witnessed his children and grandchildren gaining quite a bit of fame of their own. And some of them have become celebrities of sort and pop-cultural figures on their own.

As such, the infamy of John Gotti led to a bit of reality TV fame, Growing Up Gotti for his daughter, Victoria. Present in the show was her three sons — Carmine, Frank, and John. And they each managed to catapult themselves into the spotlight during the show’s run and afterward. Growing Up Gotti, though, ended shortly via cancellation in 2004 after Season 2.

The piece down below, however, will focus more on Frank, John’s grandson through his daughter, Victoria. Know in detail about the life of Frank Gotti Agnello, the youngest of Victoria Gotti’s brood; his early life, how he grew up knowing about his grandfather, his profession, relationship, and more.

The last son of Victoria Gotti and her former husband Carmine Agnello, Frank Gotti Agnello was born on April 12, 1990 New York, NY. Frank got his name after his uncle who died in 1980 in a car accident.

The now 32 years old is a former student of St. Anthony’s High School.

What Does Frank Gotti Agnello Do?

Frank, according to his once active Instagram page, was apparently working for his family’s auto body shop in Queens, New York. During those time, he also used to post pictures of his nephew, Johnny (John Agnello’s son), his business partner.

In 2016, the shop with Frank’s mother, Victoria Gotti’s home, was raided by the feds. They, however, found nothing illegal in the end. Frank, as mentioned, was also one of the casts of his family reality series, Growing Up Gotti.

Though what he does these days is a bit of a brain teaser.

Agnello Is Also An Author Of A Book

After the show, Growing Up Gotti ended, Frank published a book entitled Gotti Diet: How I Took Control of My Body, Lost 80 Pounds, and Discovered How to Stay Fit Forever.

It apparently is a journey of him adopting “the program that turned the Fatty Gotti into the Hottie Gotti.”

For the book, he recruited help from his doctor, lacrosse coach, and his mother to write about his diet. It outlines a plan similar to the one that helped Frank to transform himself from being morbidly obese to a fit and healthy teenager.

Prior to book writing, the doctors had told Gotti how his morbid obesity was putting him at an increased risk of serious illness. However, it was only when he discovered that his family was going to be in a reality TV show that Frank decided to make some positive changes to his lifestyle.

The then-youngster apparently didn’t want to be seen as the fat member of the Gotti family.

Frank is the youngest of his parents Victoria and her ex-husband, Carmine Agnello. Agnello’s two older brothers include Carmine Gotti Agnello Jr, and John Gotti Agnello.

Frank also had a sister named Justine who though died as she was stillborn nine months after Victoria’s 1984 wedding to now ex-husband Carmine.

After the death of Victoria’s daughter, the mother of three mourned, slept on the floor in the nursery of her Atlantic Beach, N.Y., house. She also refused to see people or take phone calls.

Agnello Didn’t Show Up At Growing Up Gotti’s Reunion

Frank made headlines in Nov 2014 when he refused to show up for the reunion of Growing Up Gotti. The junior-most was noticeably missing at A&E’s hour-long 10-year anniversary of the show.

Frank allegedly refused to come out of his room and claimed he was sick when the reunion was happening. No amount of pleading or cursing managed to bring the then 24-year-old in front of the cameras, production sources told Confidenti@l.

At the original taping, they tried for a few hours to get him to come down, but Gotti’s grandson kept saying he was sick, and then there was a point where he snuck out to go to the store.

Growing Up Gotti, the reality show ran for three seasons out of its brief airing in 2004-05. It followed Mafia boss John Gotti’s daughter Victoria and her sons.

The show attracted plenty of controversy from critics, who felt the show glorified organized crime because of the family’s notorious history. It ultimately met its cancellation after 41 episodes owing to poor ratings.

Does Frank Have A Girlfriend?

Though the aforesaid names now are only the talk of yore as Agnello in present is nowhere to be seen with either of Savanna or Nikki.

In fact, Frank, himself is living a no-celebrity life with almost no recent interactions with newsies or social media. It consequently is unclear if Frank still has a girlfriend or has married and has a family of his own already.

In Nov 2006 TMZ reported and published the mugshot of Frank Agnello, who then had been busted on drug charges in New York. He was then 16-year-old and the police had pulled him over after blowing through a red light.

The law enforcers after confronting him said they had found marijuana, OxyContin, and morphine pills in the console, glove compartment, and trunk of Agnello’s 2006 Chrysler Pacifica.

During the incident, Agnello had a passenger, a girl named, Juliana Buckley and it was in her purse that the police had found OxyContin and morphine pills.

Police allegedly had discovered the OxyContin and morphine pills in the SUV’s glove compartment. In addition to Buckley, Agnello also had another passenger though he/she was never identified. Later the police charged Frank with two counts of criminal possession of a controlled substance.

Turns out, Frank has quite a fascination with his late grandfather, John Gotti. The one-time author often posts about his granddad on his Instagram.

And while he hasn’t talked about John vocally in recent times, at his 21st birthday, he did say that he wanted to be just like him – up to a point. Frankie had said his grandpop, the late mob boss John Gotti, “is my role model, but not in the way of living like a gangster.

He explained his desire of becoming a successful businessman just like granddad. Frank then also described his grandfather as “a legend, a man’s man with the biggest heart in the world.”

Is Frank Gotti Agnello As Rich As His Grandfather And Mother

Despite his family’s reputation, Frank definitely comes from a well-loaded family; his grandfather and main Gotti, John reportedly had a net worth of $30 million and is still considered the 9th richest criminal in the world.

Further, the whole Gotti family allegedly had an operating income of around $500 million a year.

On the other hand, while John’s daughter and Frank’s mother, Victoria has far less fortune than her parents, she is nonetheless a millionaire with an approximate net worth of over $2million.

As for Victoria’s son, Frank, whether he is a millionaire or not is a bit difficult subject to divulge since he is still an underdog somebody in the eye of media analysts and such people.

In any case, it is possible that Agnello has an above-the-average net worth since he also gained a lot of attention during his time in Growing Up Gotti.

Who Is Ali Astin? Everything About Sean Astin’s Daughter; Her Career, And Boyfriend