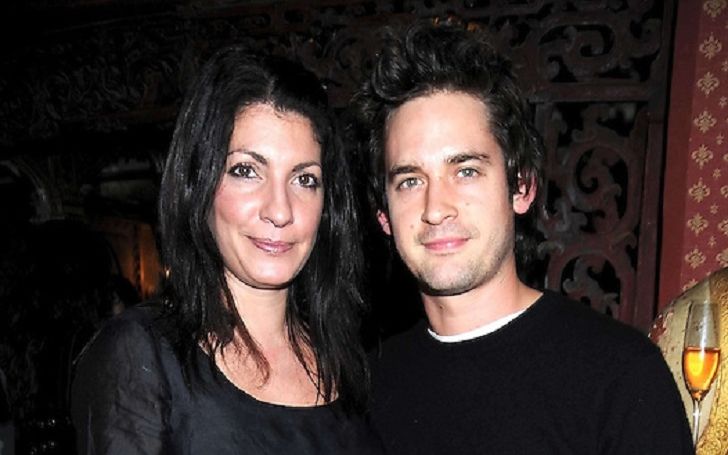 Gaby Jamieson is the wife of an English dancer-turned-actor, Will Kemp. Her long-time husband shot to fame after his iconic role TV anthology series Great Performance at 18.

Talking about their enduring marriage, the two are leading a blissful matrimonial relationship for nearly two decades. The lovebirds are also proud parents of two kids.

In addition, what does Will Kemp’s wife Gaby do for a living? Several unknown facts about her are mentioned below!

Who is Gaby Jamieson?

Jamieson is a skilled composer who worked on a few projects such as The Midnight Man and H6: Diario de un asesino. She also served as a composer for the short project The Coin.

Where is Gaby Jamieson From?

Will Kemp’s spouse was born in the United Kingdom. She has, however, kept most of her family details including her parents and more behind closed doors. Furthermore, while there is not much known about her early life, Gaby’s husband Will was born on June 29, 1977, in Hertfordshire, England. He is the son of Barry Kemp, a graphic designer, and Rosi Kemp, a former model.

Kemp was always interested in dancing and took training at The Star School of Dance and Drama in Watford under coach Elizabeth Harrison. His sister Daisy May Kemp, a Rudolf Steiner School graduate is also a dancer.

Besides, Gaby belongs to British nationality and has a Caucasian ethnicity.

Gaby Jamieson Marriage With Will Kemp

The lovebirds tied the knot on 31st December 2002, in a low-key wedding ceremony. They are sharing a delightful relationship ever since. Although Gaby and Will have yet to talk openly regarding their first meeting, some sources suggest they first acquainted in the early 2000s. They were in a relationship for over a year before they exchanged their vows.

Will Kemp is All Appreciation About His Wife

It is quite hard to juggle a busy acting career and family life side by side for everyone but when you have a supportive life partner it all becomes easy to handle. The same case goes for Will who although remains away from the family for most of the parts, his spouse Gaby is the only one who manages everything in the house, taking care of children and other household chores.

In an interview with The Grace Tales, the actor appreciated his wife’s pivotal role in a family,

“I’m lucky in that my wife is also very hands-on and loving. I went through a very challenging time personally when the children were small. We were renovating a house and as much as I appreciated the privilege of this, the stress of this along with raising young children had taken over my life and had taken me away from focusing on my career.”

The couple is proud parents of two kids. They welcomed their first child, a daughter named Thalie Kemp, in October of 2005. Three years after her birth, Gaby gave birth to her second child, a son Indigo.

Both Gaby and her hubby share a strong bond with their kids, especially Will’s relationship with them is more special.

When The Grace Tales interviewer asked Kemp, “what’s the best thing one of your children has ever said to you?”

“Daddy, we love you because you love us and make us laugh.”

Will loves going on adventures and experiencing new things with his kids. Besides, because of his hectic schedule, the doting dad already invited his family to several shooting places such as Madrid, RoThalie Kempmania, Los Angeles, and more.

“Also, it allows me to focus on the work. Having a family really makes me put everything into a job. While away I’m always asking myself “why am I away from my family?”

His family also joined when the entertainer was in Toronto for many months. The pair’s daughter Thalie studies at the school located in Barnes.

Gaby spent five years living in Los Angeles before making her move to south London along with her two kids and a puppy named Elvis in late 2018.

Other Interesting Facts About Their Children

Gaby has an estimated net worth of $500,000. On the other hand, her British actor husband Will’s wealth is $5 million. He racks most of his fortune from acting gigs.

Career Highlights of Will Kemp

Grew up in Kings Langley in Hertfordshire, Kemp was initially pretty into dancing but later made his move into acting. He first landed the role in Sawn in Great Performances in 1998. His other TV credits include Christopher and His Kind, The Prisoner, Kristin’s Christmas Past, and Girlfriends’ Guide to Divorce. Furthermore, he played Prince Sebastian in Royal Matchmaker along with Bethany Joy Lenz.

Prior to his roles in movies, the actor also worked for many movies such as Step Up 2: The Streets, The Scorpion King 4: Quest for Power, and more.