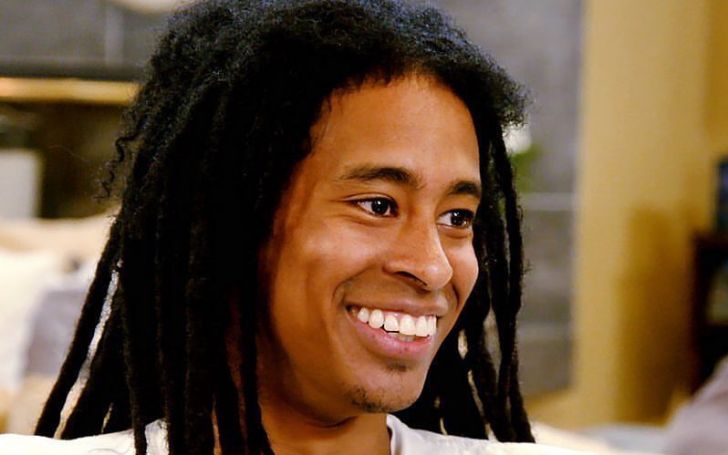 Emilio Owen gained popularity thanks to his step-father, Gary Owen. His step-dad is a famous comedian who has been named the Funniest Servicemen in America.

Besides, Gary married Emilio’s mom Kenya Duke in the early 2000s after dating for several years. Upon marrying Kenya, Gary adopted Emilio and gave him a proper upbringing.

Today we’re going to find out interesting facts pertaining to Emilio Owen. We will discuss who is his biological father, what college does he study, and does he have a girlfriend?

Gary Owen’s step-son Emilio Owen: Who is his biological father?

Emilio William Toliver was born on 18th, January 1991, in the United States. He is the firstborn child of Gary Owen’s wife, Kenya Duke. Not many tabloids know about the identity of Emilio’s biological father, however, we’ve found out.

His biological father is Emilio Toliver Sr. The relationship between Emilio’s parents ended a few years ago before Kenya started going out with Gary. There is no confirmation if Emilio Sr. and Kenya were ever married.

Besides, Emilio belongs to the African-American ethnicity. Further, he spent the major portion of his childhood in Oakland, California. As of now, he lives in Cincinnati, Ohio.

For his high school education, Emilio went to the Lakota West High School in Ohio. From his early childhood, Emilio had developed a profound interest in arts. Thus, upon graduating, he enrolled at The Art Institute of Ohio-Cincinnati.

Now, moving towards his profession, there is not much information about it.

It was in the late 1990s when the then-hoping comedian, Gary met the future mother of his children. They met outside The Comedy Club in Sunset Boulevard where Gary was doing a comedy skit. At their first meeting, they didn’t talk but just looked at each other. Afterward, the duo met again in the same place and this time around they exchanged numbers.

Gary and Kenya didn’t start dating right away but were in contact for about a year before he held up the courage and asked her out. Sadly, she stood him up on their first date. Gary was heartbroken and thought he had lost her. However, fate had other ideas as Kenya called him up, apologized for her action, and asked him out on a date.

Several years after meeting, the duo decided to walk down the aisle. Their wedding took place on July 19th, 2003. Many of the pair’s family and friends were in attendance. Although the ceremony in itself was a big day for the duo, it was riddled with a couple of problems.

First, the Pastor walked out because both Gary and Kenya were late for the ceremony. After the pair somehow managed to exchange vows, a fight broke out which resulted in a punch.

Moreover, the duo’s five-tier wedding cake was also destroyed after the baker accidentally dropped it. Well, it sure wasn’t their day but then again, after all these years, they have at least something to remember for.

Nevertheless, Gary and Kenya renewed their vows in 2015. The reason for this might be the fact that their first wedding didn’t go as planned. The ceremony took place on 20th December 2015.

Emilio is the single child of his mom and biological dad: He has two half-siblings

In the Owen family, Emilio is the eldest. Firstly, he is the only child between his mom Kenya and dad Emilio Sr. After Kenya married Gary, they became a parent of two children, a girl, and a boy. They welcomed their first child, a son named Austin Owen on 27th November 2000.

The star kid is the only possible candidate who might follow in his dad’s footsteps. Austin has inherited the comedy genes from his father. If we talk about timing, then he is on par with his dad. In fact, he even performed stand-up at Tommy T’s Comedy Clubs.

Besides, Gary also has a daughter with Kenya. They welcomed their only daughter Kennedy Owen on July 3rd, 2002. She currently studies at the North Carolina Agriculture and Technical State University, a historically black college. When Kennedy was accepted into the A&T, her father was more than elated. He took to his Instagram account to announce the big news.

Besides, Gary and Kenya have made sure all three of their kids remain cordial with each other. Emilio loves his half-siblings just like his own. His step-dad often shares photos of all three of them together.

His mom Kenya and step-dad Gary have been separated

In March 2021, Kenya filed for divorce with her husband of several decades Gary. She filed the divorce paper in the Los Angeles superior county.

She stated irreconcilable differences as the reason for their separation.

Emilio Owen Relationship Status: He is in a blissful relationship

For the past several years, Emilio is in a happy relationship with his girlfriend, Taylor Patton. There is no precise date as to when did the pair started dating, however, Emilio has added September 8th, 2016 as the day he started dating Taylor.

The couple enjoys a fairly open relationship. They share a lot of photos together on their respective social media handle. Both of them are extroverts and usually hang out with their friends.

Just like her boyfriend, Taylor also lives in Cincinnati. It seems the lovebirds are living together. Besides, she hails from South Lebanon, Ohio, and currently works as an Operations Expert at Anthem Blue Cross and Blue Shields.