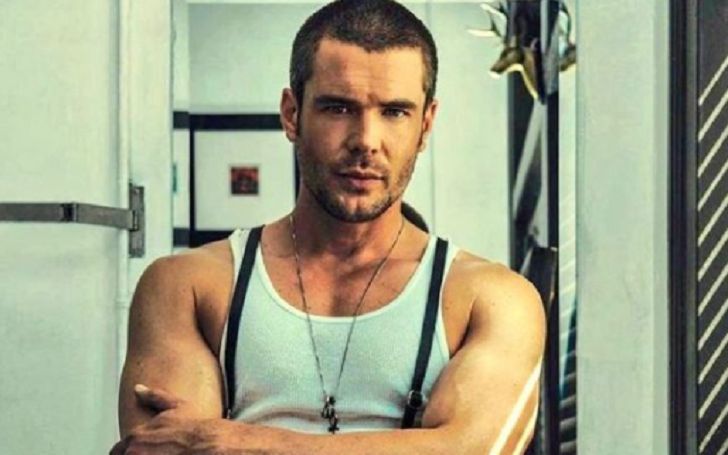 Giselle Weber is a lawyer by profession but she is popular among people as the ex-wife of Charlie Weber. Her former husband is an actor who came into the limelight for his performance in the ABC series, How to Get Away with Murder.

Since Giselle was married to a star like Charlie, fans have been curious to know about their married life. How long were they married? Do they share any children between them?

In the article, we will include several other facts about Giselle! Let’s zoom in!

Giselle Sarah Weber (aka Giselle Sarah Larbi-Cherif) has been working as a lawyer for years in Los Angeles. In Jan 2013, Weber was admitted to The State Bar of California. She has wide experience in corporate and incorporation.

Giselle Sarah Weber was born in the United States of America and her age is 35 as of 2022. She graduated from Texas State University, in San Marcos, Texas. She later went to Pepperdine University SOL, Malibu, CA.

The ex-celebrity spouse has kept almost every detail of her parents and childhood behind closed doors.

The former flames exchanged vows on 21st April 2015, at Cabo Lucas, Mexico. Their ultra-private wedding ceremony was attended by their family members and close friends.

Nobody knew about their big day until one of Charlie’s cast-mate, Matt MacGorry, posted a romantic sunset photo of the couple on a boat with a caption, “I sat and for waited 12 hours, 48 minutes, and 12 seconds to get this shot #mexico.”

Further confirming their wedding, another cast-mate of Weber, Katie Findlay, shared an image showcasing her champagne glass with her name card. She wrote on the shot,

“Somewhere special today in the sun.”

The Couple Got Engaged Months Before Their Wedding

In February 2015, in an interview with Steve Harvey on his own show, Charlie opened up that the actor got engaged to his then-GF several months ago.

He said,  “After we shot the [HTGAWM] pilot in Philadelphia, I came home and proposed to my girlfriend. I did it. We’ve been engaged for just under a year and I’m taking her to Bora Bora.”

He continued,  “I don’t think I’ve ever said that publicly.”

The couple dated for a long time before their engagement which eventually turned into marriage. However, their matrimonial relationship couldn’t last long.

Giselle and Charlie Separated without celebrating their First Anniversary

According to E! Online, the How to Get Away with Murder star filed for divorce from his spouse, citing irreconcilable differences on 23rd Feb 2016. The Los Angeles Court docs show Giselle and her hubby had been separated since the 1st of February.

The couple had a prenup which Giselle signed a few days before their nuptials on 17th April 2015. Thus, there were no major issues between the duo on how assets will be divided.

Their divorce was peacefully finalized after nine months of a process. They also didn’t have any children.

Charlie Has a Daughter From His Previous Relationship: Take a Look at His Romance With Liza Weil

The actor has a grown daughter from his previous relationship. Charlie talked about his daughter in the abovementioned interview with Steve Harvey. He said,

“I’m trying to keep her my baby for as long as I possibly can. She’s still my little angel. We’ll see how long that lasts, but right now all is well.”

On the other hand, talking about his romance following the divorce with Giselle, Charlie was romantically linked to Liza Weil, his How to Get Away with Murder co-star. He first came out with his relationship with Liza on Allegedly with Theo Von & Matthew Cole Weiss podcast on 5th July 2017.

“We’re very like-minded when it comes to our approach to acting. We’re two actors who are very dedicated to what they do and have a very easy time separating who we are and who we are as characters.”

He also revealed how their relationship grew naturally,

“We were great friends and we found ourselves in a position to be more than that. You spend a lot of time [together] and we, I very much enjoyed spending time away from work and so it all just kind of came together like that … I’m very happy.”

The two were in a happy relationship for around a couple of years. However, their terrific romance also didn’t sustain for a long time.

Charlie announced his breakup with the actress in Feb 2019. He told People the two separated on mutual understandings.

He initially started his career as a model. But after some time, Charlie made his transition into acting with a role in a 2000 movie, The Broken Hearts Club: A Romantic Comedy. He also made his TV debut portraying Brad on The Drew Carey Show in the same year.

Charlie gradually became part of several hit TV projects such as Everwood, CSI: Crime Scene Investigation, and Underemployed as well. His big break came when the actor landed the role of Frank Delfino on How to Get Away with Murder (2014-20).

In addition to his small-screen role, Weber is also credited for his acclaimed performances in The Kiss, Cruel Intention 3, Jarhead 3: The Siege, and more.

Giselle has an estimated net worth of $250,000. She mainly makes money from her career as a lawyer.

What Does Deanna Burditt Do For a Living? Her Life Before & After Rick Harrison