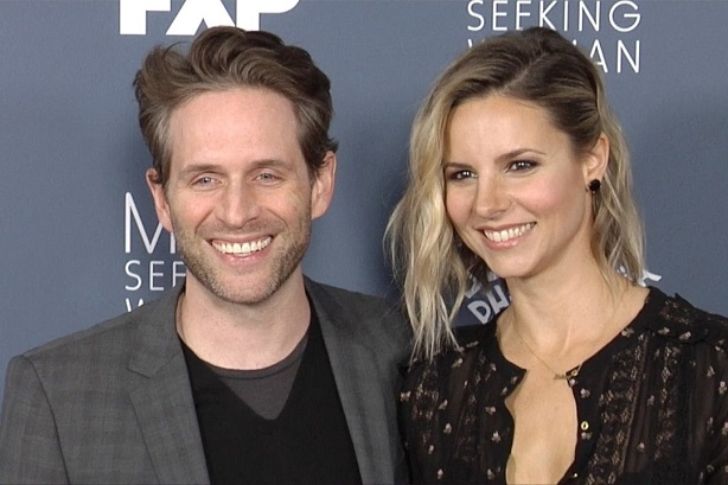 Glenn Howerton has been gracing us with his presence in the entertainment world for over two decades. The versatile actor since 2005 has been playing Dennis Reynolds on the cult hit FX sitcom, It’s Always Sunny in Philadelphia. He also serves as a writer and executive producer for the project.

But, besides his splendid career in show business, Howerton is enjoying a decade-long married life with his wife Jill Latiano. The enduring married duo still looks as much in love today as they did in the beginning.

So, what’s the real truth behind their long-lasting marital relationship. Let’s straight dive into their adorable love story.

Glenn Howerton and His Wife Jill Latiano are Married for Over a Decade: How it all Began?

It’s Always Sunny in Philadelphia‘s star Glenn tied the knot with Jill Latiano, an actress on 8th September 2009. The couple organized their wedding ceremony in Rancho Las Lomas, California. Glenn and Jill exchanged the vows in front of their closest family and friends.

It’s been over a decade that the couple has been in a matrimonial relationship and their married life still sailing smoothly.

Besides, as of their first meeting, Howerton came across his future spouse Jill in 2006. Gradually, the two began going on dates and they got engaged after over a year of their love affair in Feb 2008.

They Are Blessed with Two Children

Glenn Howerton and Jill Latiano are proud parents of two kids. The power couple first welcomed their first child, a son, Robert Howerton on September 12, 2011. The duo announced they were expecting their first child in July 2011.

The family of three expanded further when Glenn and his wife Jill welcomed their second child, a baby boy, Isley Ray Howerton in August 2014. Talking to People, the couple broke the news at the red carpet event for the 7th annual Go Go Gala in Beverly Hills in Nov 2014.

Glenn currently resides in Los Angeles with his wife and kids.

The husband and wife duo share the same love for acting. It might be one of the reasons the couple is more supportive and understanding of each other when it comes to their love life.

Howerton currently plays Dennis Reynold in It’s Always Sunny in Philadelphia. It is the longest TV role that Glenn has ever played. He joined the cast of the project in 2005 and has still been part of it.

His spouse Jill also appeared as a guest in its one episode The D.E.N.N.I.S. System in 2009. Furthermore, her other acting credits are Dirty Sexy Money, The Chicago Code, Legit, and more.

Jill Latiano’s Fater Died At 71, One of It’s Always Sunny in Philadelphia‘ Episode was dedicated to him

Jill Latino’s father Bob Latiano, Howerton’s father-in-law passed away at the age of 71 in 2016. Following his death, It’s Always Sunny in Philadelphia‘s twelfth season’s eighth episode The Gang Tends Bar was dedicated in his memory.

Apart from her acting career, Glenn Howerton’s wife Jill is a model and a dancer.

In 1999, Latiano started her dancing career with the New York Knicks. She also spent two years as a host of the NYC Media series Fashion in Focus from 2003-05.

In 2004, the actress professionally embarked on acting with a role in Sex and the City. The same year, Latiano portrayed Geneva in Rescue Me.

Jill made her big break after snagged the role in Ugly Betty from 2006-07, alongside Vanessa Williams and others.

Glenn Howerton’ dad was a Fighter Pilot: Many more facts about Him

The Truth About Kaitlin Olson’s Plastic Surgery: Her Before & After Pic