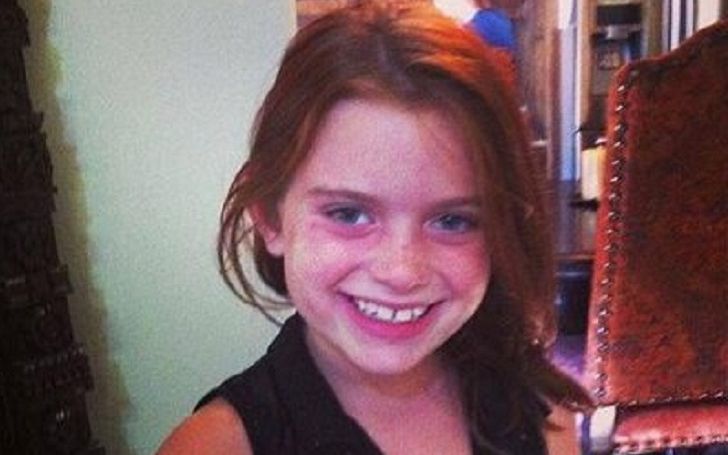 Gracie Calaway is a popular star kid who rose to stardom as the daughter of The Undertaker, a former WWE legend. Her father, whose real name is Mark William Calaway spent around three decades playing for a variety of professional wrestling promotions such as WCCW, WCW, and WWE. The longest-tenured wrestler has also won numerous major championships that include four WWE/F Championships, three World Heavyweight Championships, and more.

In addition, Gracie’s mother Sara Frank once performed as a wrestler and was a wrestling valet too. Besides, as for Gracie’s parents’ marriage, Mark and Sara divorced after around seven years of their marital relationship in 2007. The former flames shared an immense love when they were in a relationship. As a wedding gift, The Undertaker had even tattooed Sara’s moniker on his throat.

Well, in this article, we will try our best to find out some yet explore details of Gracie.

Who is Gracie Calaway? Her Age and Childhood

Gracie is a star kid who was born on 15th May 2005, in Austin, Texas, to The Undertaker and his second wife Sara. Both of her parents were wrestlers and huge boxing lovers. As of 2021, Gracie’s age is 16.

Growing up in such a high-profile family, Gracie obviously had quite a healthy upbringing.

Besides, talking about her nationality, Calaway is an American and belongs to the Caucasian ethnicity.

The Undertaker and Sara met for the first time during an autograph signing in 1999. The now ex-couple clicked soon. They also shared the same passions for UFC, boxing, football, and Harley-Davidsons. In an interview with Online World of Wrestling, Mark explained Sara as a “tomboy.”

“I don’t want to say Sara’s unladylike, but her interests are very male oriented. It’s like having a buddy and a wife. Football, anything physical like that, we sit and watch together. And she’s knowledgeable about all of it, you don’t have to sit there and explain things to her. In fact, we get into arguments about who knows more about boxing, me or her. She tells me she’s forgotten more boxing than I’ll ever know. She’s all woman, but she’s very much a tomboy. She’s been a real turning point in my life.”

As for their marriage, the two tied the knot in 2000, in a private wedding ceremony. On the occasion of their big day, Mark had even inscribed a tattoo of Sara’s name on his throat. He remained,

“Yeah – that tickled a little. It was pretty intense. It’s a good thing I have a high pain threshold.”

Gradually, Sara started appearing in WWE along with her then-hubby The Undertaker.

The two married for seven years before their matrimonial relationship broke down.

Has One Biological Sister too

Gracie also has a big sister named Chasey Calaway, born on 21st November 2002. Both of them are too secretive about their life. Despite being the daughters of a world-recognized father, Calaway sistas rarely makes their appearance publically.

Half-Siblings From Her Father’s Relationship

Gracie has two half-siblings from her dad’s two different marriages. She has an older half-brother named Gunner Vincent Calaway from Mark’s first marriage with Jodi Lynn. The ex-duo married for around a decade from 1989-99. According to sources, Gunner is now a freelance artist and streamer.

Furthermore, Gracie’s second half-sibling, a sister named Kaia Faith was born in 2012 from The Undertaker’s marital relationship with the wrestler Michelle McCool, his third wife. They have been married since 2010.

What is Gracie’s Net Worth? Her Wealthy Father

Gracie’s fortune is $100,000 in 2021. On the other hand, her dad has an estimated net worth of $17 million. He has made such considerable money from his enduring wrestling career. He now resides in his house located in Austin, Texas.

There are a number of social media accounts of Gracie on both Twitter and Facebook but we have yet to find out the official one that belongs to Gracie. Probably, Gracie Marie Calaway is her authorized account.