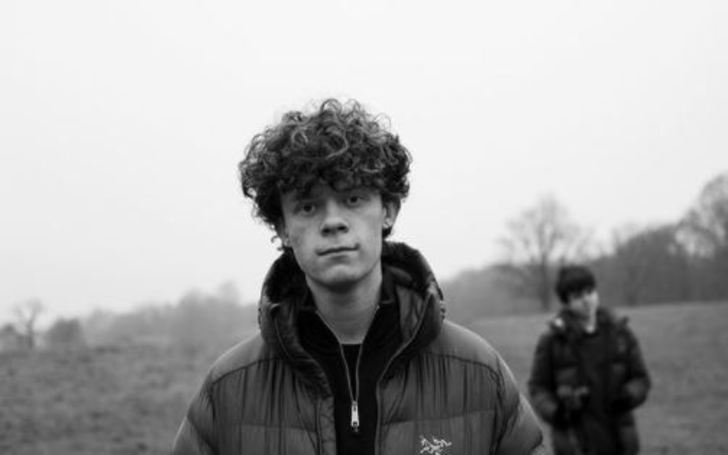 Harry Robert Holland or Harry Holland is the younger brother of the Spiderman actor, Tom Holland. Harry is also an actor albeit with few minor appearances in full-length as well as short movies. What’s more, he is also a director and a screenwriter who has severed as an assistant for his Hollywood star brother Tom in multiple movies.

The Holland brothers couldn’t be more tight-knit; something that their social media handles attest. The siblings seemingly can’t get enough of hanging out with each other and they also often do something more than the fun stuff.

Know if Harry’s the closest one to Tom among all his other brothers. Also read all about his career, personal life, whether he is going to in Spiderman: No Way Home, as well as his life as a director and a film writer.

Harry Holland Was Born In Kingston Upon Thames

Harry was born on February 14, 1999, in Kingston upon Thames, Surrey, England.

He allegedly did his schooling at Donhead, a school in Wimbledon. Harry then joined Wimbledon College. After that, he went to the BRIT School for Performing Arts and Technology in Croydon.

The Southwest Londoner’s father, Dominic Holland is a comedian, author, and showrunner. The Holland Sr., who is also the winner of the 1993 Perrier Best Newcomer Award in Edinburgh, ran his own show called, The Small World of Dominic Holland. The series later went on to win a Comic Heritage Award.

All of the Holland brothers are in the entertainment business, including Harry himself.

His twin brother, Sam Holland had his first screen appearance with the 2012 disaster drama film, The Impossible. He then played himself in a short movie titled Tweet (2015) helmed by brothers, Harry and Tom. Harry’s last film credit was in the 2020 short film called Roses for Lily. This too was directed and written by Harry Holland. Additionally, Sam is also a chef.

Harry’s younger brother, Paddy (Patrick) has also appeared in the 2015 short film Tweet, a film which he also directed and wrote. In addition, he played a tough kid in the 2018 film Holmes and Watson.

Likewise, Paddy also had credit in another short movie titled, Roses For Lily. He has been portraying the role of Montgomery (Monty) Cuttermill in Apple TV’s Invasion since 2020.

Harry Holland Is A Writer, Director, And Actor

Much like his twin brother, Sam, Harry made his film debut with the 2012 disaster drama feature, The Impossible. In the movie led by Naomi Watts and Ewan McGregor, he portrays the role of the kid in the tent. In an interview with Celeb Mix, Harry said it was his time in Thailand while filming The Impossible that made him want to be in the acting business.

He then played the role of young Prince Harry in the 2013 film Diana.

Next, Harry starred as himself in a short movie titled Tweet. In 2016, he appeared in another short movie, Hugo Hans: Wildrunners. The British actor did a cameo as the Shaky Kid in his brother’s film, Cherry (2021). In the movie, he also served as an assistant to Tom.

He Will Be In Tom Holland’s Spiderman: No Way Home

In Feb 2021, Tom confirmed his brother, Harry will reprise his Cherry role in Spider-Man 3.

Audiences are in the midst of mysteries and questions regarding No Way Home. They all want to know if stars like Benedict Cumberbatch, Jamie Foxx, Alfred Molina, Tobey Maguire, and Andrew Garfield are making their way into the film.

While Tom has been careful not to reveal much in the interviews, there is one co-star in the movie that he has been very happy to talk about.

When Jimmy Fallon asked Tom what role Harry would play in Spider-Man 3, the big brother revealed that his sibling had actually filmed a cameo for Cherry as an ecstasy-dealing criminal. The Avengers star revealed how Harry is about to reprise the very role yet in a whole different movie.

Tom explained saying Harry’s character in Cherry, Shaky Kid is going to be back again in his own sort of weird MCU Cinematic Universe.

How Harry Holland Landed A Part In No Way Home

Tom also talked about how Harry ended up landing a cameo in No Way Home. With Collider, he said the decision came when he, director John Watts, and Harry were having a barbecue at his house within the first few weeks of shooting. Tom explained Mr. Watts was there and Harry kind of nagged him with the question,

‘Listen, Jon, I’ve been here since the beginning, when are you going to put me in this film?’

Jon then decided to make him a bank robber and then Peter have to catch him.

He Is Going To Be In Every Tom’s Movies

In the same sitting with Fallon, Tom additionally revealed that he wants Harry to act the Shaky Kid in his every other movie. The MCU star, however, didn’t explain why he wished to see his brother portraying the same avatar in all of his upcoming movies.

Tom has even shared a photo of his brother hanging around with him on set. One other fact to note here is that this isn’t the first time Harry is the MCU’s Spiderman. Although this might be the first time he is getting screen time, he has been a production assistant in the 2019 film, Far From Home.

Harry Holland Has Written A Screenplay With Tom Holland

In April 2020, Tom revealed he used the coronavirus lockdown to finish a movie script that he wrote with his brother Harry. The actor shared the news with the late-night host Jimmy Kimmel.

Sam’s older brother said he had even sent the writings to producers in the hope it will be made into a movie. Tom though admitted pitching the script was something more nerve-wracking than anything he’d ever done in his career.

In Feb 2020, during an interview with Jimmy Fallon, the Cherry star said he bought his brother, Sam a Rolex for his 21st birthday. On the other hand, Harry’s twin brother, Sam received a piano from his elder brother. Tom explained he wanted to give his brother something memorable on their 21st birthday which he considers to be special.

The Kingston native, however, said he split the costs of the expensive presents with his parents.

Does Harry Holland Have A Girlfriend?

Harry doesn’t seem to have a girlfriend at the moment. Either that or the five foot nine inches tall brother of Tom Holland is keeping his romantic affairs to himself. The twin brother of Sam Holland is all about filmmaking, photography, and hanging out with his brothers as far as his Instagram tells. So far, only Sam has been vocal about his love life. As for what the other Holland brothers are up to; only time will tell.

Other Facts About Harry Holland