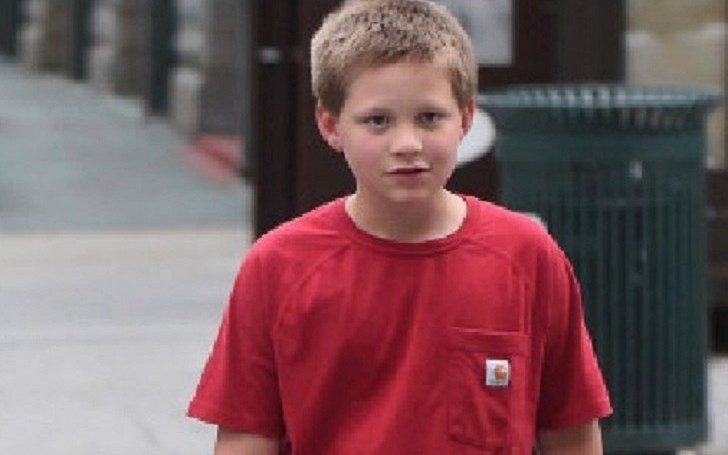 Harry Joseph Letterman is the only child of David Letterman, one of the greatest TV hosts of all time. David gained tremendous popularity as a host of the hugely popular late-night talk show, Late Night with David Letterman. On the other hand, Harry’s mother Regina Lasko is a production manager, who has already worked on a handful of projects.

But, what about their son Harry? What is the young boy doing at present? Being the son of an undisputed television legend, is Harry Letterman also thinking of pursuing a career in the same field?

Here is everything about the famed star kid, including his college, lifestyle, and more.

Harry is aged 19 years old at present. He was born on 3rd November 2003, in North Salem, New York. He spent most part of his early days in his hometown of North Salem. Being the son of successful parents, David Letterman and Regina Lasko, Harry had quite a decent childhood.

However, the star kid prefers to lead a life out of the public eye. He makes a rare public appearance with his parents. One of his rarest family outings was back in 2020 when Harry was spotted celebrating the New Year with his father and mother in St Barts.

Besides, Letterman is an American as per his nationality and belongs to the Caucasian ethnicity.

What Does Harry Joseph Letterman’s Mother Do?

His mom Regina, born on 20th November 1960 is an accomplished production manager. She is better known for her work in Another World and Saturday Night Live.

Furthermore, Lasko worked as a unit manager for Late Night with David Letterman: 7th Anniversary Special for over 21 episodes.

Back in 2005, the Letterman family had to deal with a scary situation. Back then, David had hired an unidentified painter to paint the house who instead made an attempt to kidnap Harry Joseph, then 16 months old, and the nanny for a $5 million ransom.

The then-possible kidnapper Kelly Allen Frank was subsequently arrested on charges of solicitation to kidnap. At the time, investigators said that Kelly had approached an acquaintance of a plan to abduct. But, the person “didn’t like the idea” and told all about Kelly’s plot to the Teton County sheriff’s office.

Upon the court’s verdict, Frank was given a 10-year-prison sentence but escaped in 2007. Kelly couldn’t spend a long life as a fugitive as he was recaptured shortly and released on parole in 2014. A year after, Frank was again arrested for violating the terms of his parole.

Unlike many celebrity kids, Harry has remained tight-lipped when it comes to his education. Although the young boy has yet to talk about his school years, his doting father said that his son was attending online classes during the prolonged lockdown in 2020. Speaking to Howard Stern at the time, Harry told that the only good part of Quarantining was he could spend more time with his son and wife.

In fact, the host wasn’t satisfied with the online classes that students all over the globe were taking through various online platforms. Delivering the opinion, Letterman said of the online class system as:

“Think about you in this situation, if this were you in school, would it work for you?. Of course not.”

Here is the full clip,

Where Does Harry Joseph Letterman Live? His Lifestyle as a Star Kid

Letterman resides on a 108-acre estate located in North Salem, New York with his parents. His father bought the sprawling property for $5 million back in 1994. Besides, David’s estimated net worth is $400 million. His salary was $20 million a year.

Being the son of such a wealthy father, there is no doubt that Harry lives a lavish lifestyle.

Is Harry Letterman Dating A Girlfriend?

As we have already talked about his secretive nature. Harry, who stands 6ft 1 inch has kept all the details about his love life behind closed doors. He isn’t dating anyone publicly, and neither has ever talked about his girlfriend.

Having said that, since he is already 19, it is very much likely that he could be dating a girlfriend. But since he is yet to make it public, all we can do at present is wait. Hopefully, he talks about his relationship status soon in the future.

David Letterman’s son Harry Joseph Letterman is not on any social media platforms. Despite being the son of one of the most successful personalities, Harry prefers to keep his life private.

Along with keeping his distance from socials, Harry also avoids media interactions as much as possible.