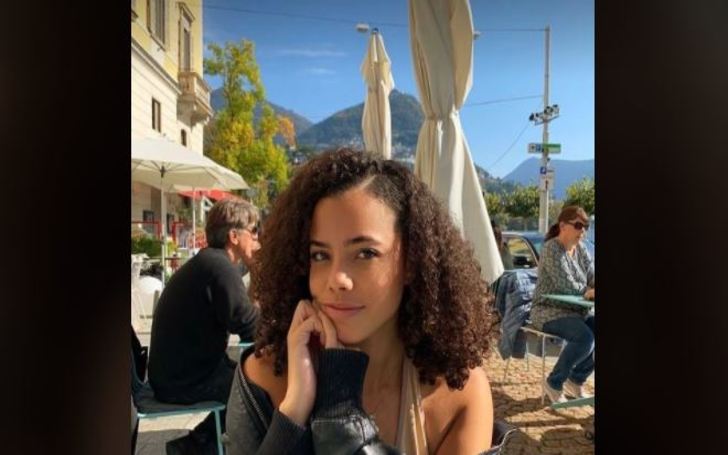 Heaven Howard is the daughter of the Empire actor, Terrence Howard and his former wife, Lori McCommas. She is Terrence’s second child who was born in the late ’90s.

What many might find surprising is that the Hustle And Flow actor has more fully grown children than the little ones who appear with him on the red carpets or in the public domain. In fact, one of them has kids of their own.

So is she Heaven? Is she already married? There’s also some answering needed on why the actor is seen less with his older children. Are they not on speaking terms? Know all these in the headings that are to follow.

Heaven Howard Is A Pennsylvanian

Heaven Howard was born in 1998 in Philadelphia, Pennsylvania. She is a native of Lafayette Hill.

Howard’s paternal grandparents Tyrone and Anita (née Williams) Howard were both biracial. They had African and Anglo ancestry. Her great-great-grandmother, Minnie Gentry was an actress known for films like Georgia Georgia 1972, Def By Temptation 1990, and Black Caesar, among others.

In fact, her grandfather stabbed a man in the Santa Line Slaying when her father, Terrence was two years old. Due to this, her grandad served 11 months in jail.

Maternally, Heaven is Jewish and also followed Jehovah’s Witnesses as a child along with her siblings.

Heaven’s parents, Terrence and Lori married in 1989 but ended their courtship in 2003. They, however, married again in 2005 before dissolving their marital union for the second time in 2008.

Howard’s father, Terrence after divorcing her mother, Lori McCommas married another woman named Michelle Ghent, a commercial production employee but divorced her too in 2013.

He currently shares two children with his partner, Miranda Pak.

Her Father Admits To Domestically Abusing Her Mother

In 2001, Howard entangled himself in controversy after committing domestic abuse to Heaven’s mother.

As per then-the official documents, he punched McCommas “twice with a close fist.”

Earlier the same day, Howard and Lori had argued on the phone with the former threatening to hurt the latter.

Heaven’s mother called 911 but her former husband reached her first. Soon the brawl ensued and The Shine It Through singer punched McCommas twice with a closed fist in the left side of the face.

A year later, after trials and investigation, Howard pleaded guilty in 2002 to disorderly conduct. The father of five later admitted to what he did was wrong.

Heaven Howard Has Two Siblings And Two Half Siblings

Heaven Howard is the middle child of Lori and Terrence’s three children. She has one elder sister, Aubrey, and one younger brother, Hunter. Through her actor father’s current partner, Howard is a half-sister to two brothers, Qiri and Hero.

Her elder sister, Aubrey is a yoga expert and holistic integration coach. She came out as a lesbian in 2018 and is additionally a supporter of LGBTQ communities.

She Got Her College Degree In Switzerland

As she grew up, she resided in Los Angeles, California.

For her college education, she went to Franklin University Switzerland where she studied BA in Fashion Studies (2018 – 2021). She then used to live in Franklin, Lugano, Ticino, Switzerland.

She Used To Work At Starbucks

While still a high schooler, Howard worked as a Barista at Starbucks in her native Philadelphia from June to Nov 2015.

She then became a casting intern at Urlich Dawson Kritzer Casting in May 2016 in Greater Los Angeles Area. There she assisted in the casting process for series like American Horror Story and Girlfriends Guide to Divorce. She also used to handle phone correspondence with: agents, writers, directors, producers, network/studio execs & more.

Heaven Howard next served as the production assistant for the Fox Broadcasting Company in LA. She would help producers, production coordinators, UPM, as well as a multitude of other departments. Additionally, she maintained call sheets, production schedules, script revisions, and set/office communication.

In Oct 2016, she rose through the ranks at Fox and became an interim exec assistant. After that, her job needed her to manage heavy phones, maintain schedules, track production progress, serve as an interdepartmental liaison within production. Heaven would also act as a correspondence between both the studio and the network.

She was also an intern at 20th Century Studios Home Entertainment.

The Philadelphia-born young adult considers herself as a widely traveled graduate of an International University in Switzerland. Her majors include public relations, visual arts, and production.

While the subject, whether Heaven has a boyfriend or a romantic partner is debatable, she once teased the topic although quite unclearly.

Back in April 2019, the second child of Terrence uploaded a picture of herself resting on the lap of some random guy by the name, Gio Pes; presumably an Italian.

What deserves the extra attention is that the imaging comes with the caption, ‘A “couple,”‘ written by none other than Heaven, herself.

And although there are a few or two comments within the post itself that have remarked the picture of Gio and Howard with the word, “couple” and some red heart emoji, Heaven didn’t reveal what she was actually trying to convey.

What remained unanswered was if the young Italian was really the 23-year-old’s boyfriend or the act was just in the spur of the moment. What’s more, Gio never made any appearance on Heaven’s Insta since then.

Has Heaven Howard Cut Off Her Father From Her Life?

While Heaven has never talked about her father’s domestic abuse to the outsiders, she does seem to have a doting relationship with the Winnie Mandela actor. In June 2020, Howard, through her Instagram, talked about how her father, a black man working in the entertainment industry always had to fight to be seen as more than just a thug.

She pointed how he was often the target of systemic racism to keep black people as the enemy, as the evil in the world.


Although the father-daughter duo may not appear together outside their inner circle, they appear to be on good terms with each other.