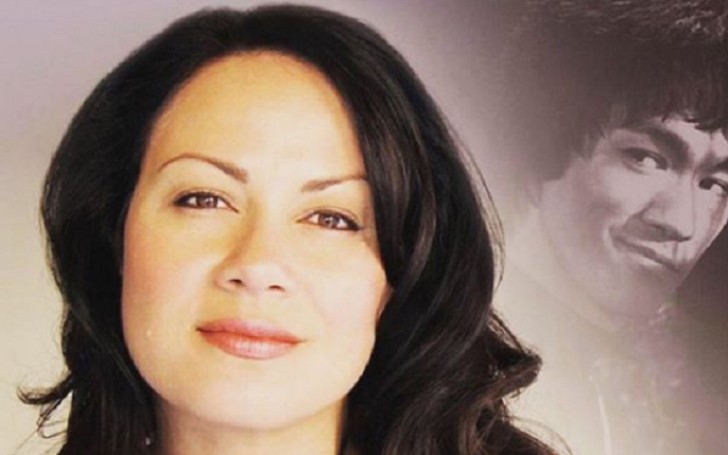 Ian Keasler is best known as a husband of Shannon Lee, a only daughter of the martial arts instructor and philosopher Bruce Lee. The couple is married for several years now.

You might be quite familiar with Shannon who has followed in her father’s footsteps and worked in many movies and TV shows. But the detail of her soul mate remains quite private.

In today’s article, we are going to find out some hidden facts you didn’t know about Ian!

Keasler is a dealer in African tribal art. He has involved in the filed for over a decade. He was also the student of Jun Fan Jeet Kune Do with his wife Shannon. They took training under the direction of Ted Wong, a very close pal of Bruce Lee.

Several tabloids also reported that Ian is a lawyer who received a law degree from Pepperdine Univ School of Law.

Shannon and Ian Married in 1994: When did they first meet?

The couple tied the knot in August 1994, in a private wedding ceremony. The duo is leading a blissful marital relationship ever since. The two dated for a long time before walking down the aisle.

However, the lovebirds have kept their love life behind the close doors. They rarely appear in the public. Talking about their first meeting, Shannon came across her then future-husband back in the late 1980s when they both were at the college.

They began their lovey-dovey after a few courtships. And it’s been over two-decade they still look too happy with each other.

They are doting parents of a daughter, Wren Lee Keasler. She gave birth to her in 2003. Shannon has posted a few photos of her daughter on her Instagram.

In on of her posts, Lee revealed that her girl doesn’t much active on social media who has only a private IG account. Wren frequently attends various functions. She appeared at The Bruce Lee Tribute Night held at AT&T Park in San Francisco, on July 17, 2017.

In May 2013, the mother and daughter also attended the grand opening of the Jabbawockeez dance crew’s show ‘PRiSM’ at the Luxor Resort & Casino, in Las Vegas.

Shannon currently resides in Santa Monica, California with her family.

He was born and raised in the United States of America. He is in his 50s. Ian belongs to American nationality and is white as per his ethnicity.

As for his academic qualifications, he graduated from Tulane University, in Orleans, Louisiana. He also met his future lover Shannon at the college.

Keasler has kept his other personal and professional details to himself.

Shannon currently serves as a president of the Bruce Lee Foundation. Ian also works for the organization. It is a California 501(c)(3) public charity that formed in 2002.

Its mission is to preserve the legacy of Bruce Lee primarily through providing confidence, physical and mental stimulation, and self-awareness by his messages. The foundation often organizes various events in several places especially to motivate the kids’ power.

It was previously managed by Bruce Lee’s wife Linda Lee Cadwell, a teacher and martial artist.

What is Ian Keasler Net Worth?

His net worth is $300,000 as of 2020. He has mainly earned his riches through his works as a art dealer. On the other hand, his wife Shannon has an estimated net worth of $10 million. Furthermore, her late dad Bruce Lee had the same figure of net worth at the time of his death.

Shannon is the CEO of Bruce Lee Enterprises, the licensing company. They use the name, marks, image, and logos for different products and commercials.

Know Something About Shannon and Her Family Tragedy

She was born on 19th April 1069, in Satna Monica, California. Her martial art film star father Bruce Lee passed away when she was just 4 years old. She had an older brother named Brandon Lee who also died at age of 28 in Wilmington, North Carolina. Shannon was later raised by her mother Linda. She often shares tribute photos of her dad on her social media handles.

She later also started working on action-oriented on-screen projects. She made her debut with a role in Dragon: The Bruce Lee Story in 1993. Her other films work includes High Voltage, Enter the Eagles, and Blade as well.

So far, the actres appeared in a few TV projects such as Martial Law, Epoch, and I Am Bruce Lee. In 2019, she also worked as an executive producer in the series Warrior.