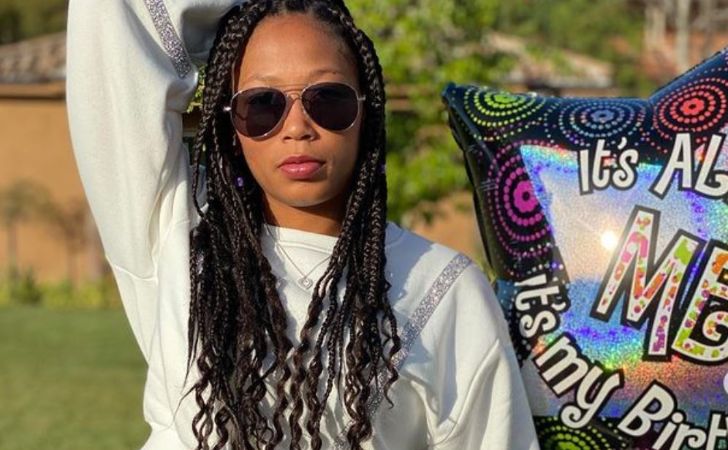 Inty Miller is an American rapper and an independent artist. Famed as the daughter of successful rapper Master P, Inty has also released several rap singles on SoundCloud. Apart from being a rapper, she has also tried her hands as an actress in a few TV series.

In her late 20s, Miller, however, is still struggling to make it big in the industry. Well, apart from all her professional accomplishments, Inty’s love life and relationship are some other things that are attracting attention.

In that case, we are going to explore every aspect of Inty’s career, love life, and many more.

Inty Miller Is Famous As The Daughter Of Master P

Born Intylyana Miller, Inty Miller is the daughter of American rapper and actor Master P, aka. Percy Robert Miller. She was born on June 25, 1993, in New Orleans, Louisiana. Like her father, her mother Sonya C is also a singer. Needless to say, she shares a great relationship with both her father and mother.

Inty Miller, also popular as Princes Inty, is an educated individual with decent academics. She completed her high school at Calabasas High School, in Calabasas, California. Unfortunately, she has not revealed details on her higher education.

Inty Is a Rapper And Actress

Not many know, but Inty is a rapper by profession. As a rapper, she goes by Princess Inty and has been working as an independent artist for a while now. She has even released a few of her creations on SoundCloud. Back in 2017, she came up with her first song titled That Real Love. Following this, she came up with another single You Know I See You.

Her other songs include For Better or Worse and Whatever It Takes. Unfortunately, none of her songs were able to grasp expected success.

Apart from her career as a rapper, she is also an actress. In fact, she has also been part of a few documentaries and TV series as well. She made her acting debut back in 2010, appearing in a Family/Drama film A Mother’s Choice.

Likewise, in 2013, she became a part of the documentary series Futurescape with James Woods. The series also stars Linda MacDonald Glenn, James Woods, Nikki BreAnne Wells, and others in the lead.

Inty Miller’s most recent film was I Got the Hook Up 2. In the movie, she played a character named Makala, alongside other actors.

Is Princess Inty Dating A Boyfriend or Already Married?

Celebrities do not easily give away information on their love life and so is the case with Inty. One fact for sure, Inty is not married yet. But whether she is dating remains a big question mark for everyone.

But apparently, it looks like she is not into the dating game at present. So far, there have been no reports of her romantic relationships in the media. Also, her social media posts are pretty suggestive that she does not have a boyfriend.

Besides all, Inty has also mentioned “single” as her relationship status on her Facebook.

Miller’s Parents Are No More Together

Intylyana’s parents, Master P and Sonya, were no doubt one of the most talked-about couples at one point. But unfortunately, the couple is no more together. They got married in 1989 and were in a marital relationship for around 25 years until their divorce was finalized in 2014.

Since the divorce, both Sonya and Master have been enjoying their life away from each other. Well, Sonya, who is the mother of seven children of her husband received a decent amount in the divorce settlement.

As per the reports, Percy has been ordered to pay Sonya a total of $16,574 in spousal support. Likewise, he also owes around $10,473 in child support, which totals to $27,047 every month. Despite their separation, Inty shares a great relationship with both her mother and father.

Like any other celebrity, Inty is active on social media. She is not only on Instagram but also on Facebook and Twitter. the rapper is most active on Instagram where she goes by Princess Inty. She has already gained over 6k followers on the platform.

Via her Instagram, she often gives everyone insights into her personal and professional life. Likewise, she is also on Facebook where she goes by Inty Miller.

Inty Miller is a dog lover. She pets a dog named Burberry and often posts photos of him on her Instagram. She is often seen carrying her dogs to different places with herself.

On January 22, 2021, she shared a beautiful clip of her puppy on her Instagram, which she captioned,

When Burberry knows he’s sexy.. also check him play that beat and show us his cheeks 😂