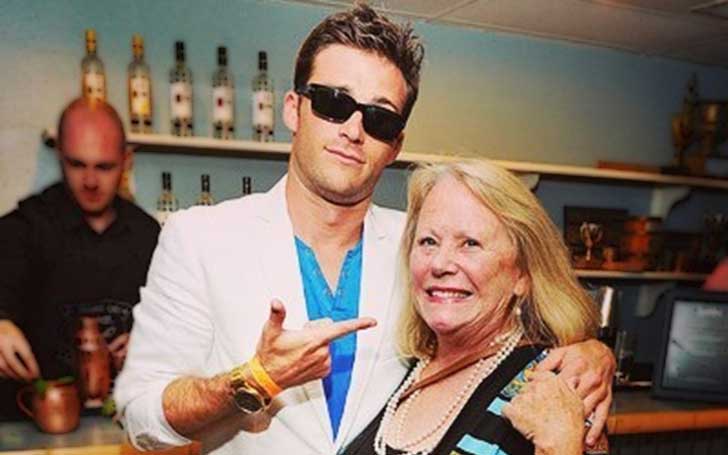 Jacelyn Reeves is a former American flight attendant. She is, however, better known as the ex-girlfriend of actor and producer Clint Eastwood and the mother of actor Scott Eastwood. Reeves made her way to the limelight in the ’80s after she started her affair with Clinton Eastwood.

Meanwhile, Jacelyn didn’t indulge in being in the spotlight and started living her life under the media radar. So, today, let’s explore her lifestyle in detail.

Jacelyn Reeves is of Mixed Ethnicity

Jacelyn was born as Jacelyn Ann Reeves in Seattle, Washington on 21 December 1951. She holds an American nationality and belongs to a mixed German, English, Scottish, Welsh, and Irish ethnic background.

Jacelyn Reeves hasn’t revealed her parents’ identity in the media. But in 2018, her son, Scott Eastwood revealed to People that his maternal grandmother suffered from Alzheimer’s disease for the last seven years of her life. Scott also didn’t reveal his grandmother’s name during his conversation with the outlet.

My grandmother battled Alzheimer’s for almost seven years, so this cause is one that is very personal to me. I know how hard it can be to hold on to hope when a loved one is fighting this devastating disease, so I have teamed up with Allergan to raise awareness, provide resources to caregivers and remind them that they are never alone. Visit LearnAboutAlz.com for more information.

It takes a toll on the whole family. I know how hard it was to see my mom in so much pain having her mother forget who she is.

I can’t even imagine having to go through that and having my mother and my father not remember who I am or not remember that I called the day before.

Reeves and Eastwood gave birth to two children in their nearly a decade-long relationship which ended in the mid-1990s. After their split, Clint started dating former reporter Dina Ruiz. Clint and Dina later got married in 1996 and remained together for nearly two decades before they divorced in 2014.

Jacelyn Got Married after Her Breakup from Clint Eastwood

Many online tabloids have mentioned that Jacelyn Reeves got married to a man named Private Bell following her split from actor Clinton. But there are no further details including their marriage date in the media.

Meanwhile, there is no official confirmation of her marriage to Bell as of yet. Moreover, neither Jacelyn nor her actor son Scott has ever mentioned Private Bell. So, we can’t confirm Jacelyn was married to the man until any official source confirms it.

Jacelyn Reeves is a Mother of Two

Jacelyn Reeves, the 68-year-old former flight attendant is a mother of two. She gave birth to her both children, son Scott Eastwood on 22nd March 1986 in Carmel, California. Nearly two years later, on 2nd Feb 1988, Jacelyn and her then-boyfriend, Clint welcomed a baby daughter, Kathryn Eastwood. She doesn’t have any children with her alleged husband Private Bell.

She is a Polyglot

Not only Jacelyn Reeves belongs to a multi-ethnic background, but she can also speak multiple languages. As per some online sources, Reeves is fluent in five languages; Irish, Spanish, Frisian, Welsh, and Dutch.