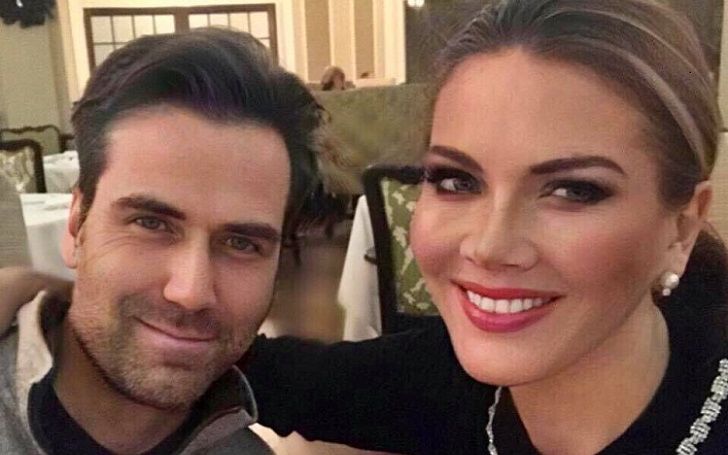 James A. Ben is a successful American investment banker by profession. He is also recognized as the husband of Trish Regan, a conservative television talk show host who previously used to work for the Fox Business Network. Like his wife, James hasn’t been on the media but is doing a great job professionally. He currently serves as the head of M&A at Rothschild & Co, a North American Company.

Besides, he is blissfully married for several years now. The two are also doting parents of three kids. How do they manage such a fantastic career and family hand in hand? Let’s find it out here.

Trish Regan’s husband James A. Ben is the head of M&A at Rothschild & Co. He joined the investment bank and financial services company back in September 2013 and is still a core member of the organization. Prior to working with the company, Ben worked for many other renowned organizations.

He joined Bingham McCutchen, a law firm in New York as an associate in September 1997. He left it after around a year of association in 1998. James then went on to join Sullivan & Cromwell LLP and served as an associate for the company until April 2000.

As per his Linkedin bio, the same month, Ben landed a job as a managing director at Lehman Brothers, a global financial services firm. He worked for it until the company declared bankruptcy in 2008.

Furthermore, James spent his next seven years working as a managing director at a British universal bank, Barclays.

James A. Ben was born and raised in the United States of America. He has kept most of his family details to himself. So any information about his parents and siblings remains a mystery.

As for his education, Ben attended the University of New Hampshire – Whittemore School of Business and Economics. He later earned a B.S. degree in Business Administration.

Ben is a former basketball player. He was always interested in playing basketball from an early age. Trisha told Fox News Insider that her hubby used to play high school basketball with her cousin during a post-grad year at a boarding school in Maine.

He played college basketball while attending college in Durham, New Hampshire. The 6 ft 8 inches tall, Ben was a forward and played in 82 games between 1988 and 1992.

Regan talked about her husband’s stature on her Facebook post, uploaded on the occasion of Thanksgiving in November 2019. She wrote on the photo’s caption, “In anticipation of questions – I’m actually quite tall. My husband is just REALLY tall.”

Ben and Regan came across each other at her cousin’s wedding. As per her Facebook page, the ceremony took place in 1997. She wrote on the photo, posted in December 2017,

“Thank you to the love of my life— my husband, James, for being there 1000% for me on my birthday and, most importantly, all 364 other days of the year… for the last TWENTY years! I love you with all my heart.”

As we have previously mentioned that James played school basketball with her cousin. He also spent a few holidays with her family at the time but never met Trish, despite growing up in close proximity to each other.

In the same interview with Fox News Insider, Regan revealed that she is glad they didn’t meet during her early teenage “because I was a 13-year-old kid in braces!”

James A. Ben Proposed His Girfriend After Six-Month: Take a Look at Their Wedding

Ben and his then-girlfriend Regan engaged after around a half year of dating. The two married on 26th August 2001, in a renowned ceremony attended by their families and friends.

It’s already been nearly two decades that the two are married but their relationship is still going so well. The two often go out to the world’s most exotic places. They were spotted enjoying their vacation in the Matterhorn Glacier, in Switzerland back in 2019.

How Many Children Does James A. Ben Have?

James and his spouse Trish are blessed with three adorable kids. The couple welcomed their twin daughter named Alexandra and Elizabeth Ben in December 2010. The TV personality opened up about being excited upon finding out she was expecting twins in an interview with Today in 2009.

They became parents for the second time when Regan gave birth to their son, Jamie Ben in 2013. She also disclosed that her priority is her family and also wants to spend most of her time with her kids,

“Every working mother (and father!) struggles with the balance between career and family and there are no easy answers. Children need us – and we need them. I travel a fair amount and I always hated being away. So, around a year ago, I just decided to try to take one of the kids with me on every trip.”

James A. Ben is a supportive husband and a doting dad

Ben is also a devoted family member. Back in 2018, Regan told People magazine when Fox Business Network announced a new primetime business lineup anchored by her at 8 p.m., her husband rearranged his schedule to spend more time with kids.

He also encouraged his wife to start a career in the journalism field. She told, “it was James who encouraged me to ditch my job at Goldman Sachs to become a financial journalist.”

One time, James got a high-paying job in California, and at the same time, Regan had also started her media career. But, before making his way to California, he wanted to know whether his wife would get the same opportunity in the new estate or not.

James has earned good fortune from his career. His net worth currently stands at $300,000. On the other hand, his spouse Trish has an estimated fortune of $30 million. She has mostly earned her riches from her career in journalism.

The family of five currently resides in their Westport home. The couple bought 5 bedrooms mansion for $4.3 million. They previously owned a house in Manhattan which the two originally bought for slightly under $4 million in 2014.