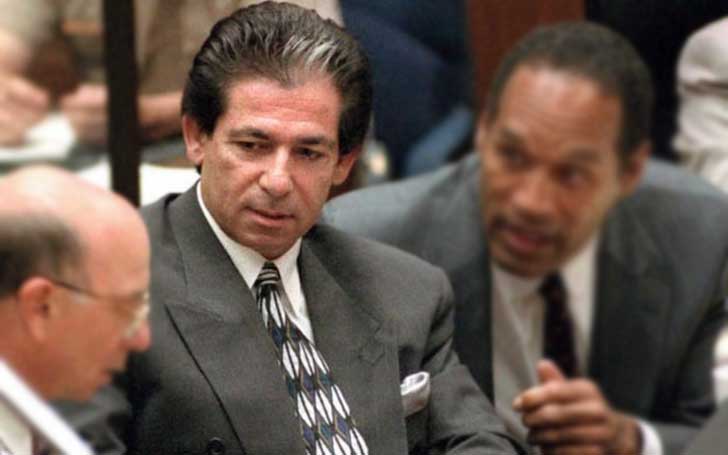 Jan Ashley is famously known as the ex-wife of the late attorney and businessman, Robert Kardashian. Jan was married to Robert for a short period during the late ’90s. She grabbed the media attention much later after she talked about her ex-husband’s tumultuous relationship with his first wife, Kris Jenner.

Ashley prefers keeping her lifestyle under the media radar. However, people who follow Kardashians have been quite curious to know about her ever since she claimed Robert Kardashian wasn’t the biological father of Khloe Kardashian.

Today, we are talking about some interesting facts about Jan Ashley’s life that covers her marriage with Robert as well as her life before she met the late attorney. Let’s begin.

Jan Ashley is in her Seventies

Jan Ashley has lived her life far from the media radar, which is one of the reasons there are very few details about her. Well, details about Ashley’s birth and childhood days are not available at present, however, we have a little clue about her age. As of 2020, Jan Ashley is living in her early 70s.

We can say it as per an article published on Radar Online in January 2012, where it has mentioned Ashley as a 63-year-old woman.

She is the Second Wife of Robert Kardashian

Jan kept her relationship with Robert a secret for a long time. But, in 2014, she spilled the beans while talking to Radar Online. There, Jan said she met her ex-husband in early 1998 when she was selling her house.

“I was selling my house, and he came through it, and he saw my picture,” Jan reminisced. She added, “He called one of my husband’s actors to have him introduced to me.”

They started dating soon and continued their romance for seven months before Robert proposed to her in Hawaii. Jan said she and Robert married in Vail, Colorado, on 25th November and headed for their honeymoon with his four children the same day.

Ashley and Robert, however, couldn’t remain married for a long time as they annulled their marriage just a month later. They finalized their divorce in 1999. Ashley said the frequent upset and turmoil related to Robert’s ex-wife Kris and their children were the cause of their failed marriage.

Robert was previously married to Kris Jenner, with whom he separated in 1991. Robert and Kris had four children, Kourtney Kardashian, Kim Kardashian, Khloe Kardashian, and Robert Kardashian Jr.

As per the legal documents Robert filed in the court, Robert’s disinterest in having a kid with Ashley was the cause of their divorce. In the document, Robert stated that he and Ashley agreed to have a child together before they tied the knot in 1998.

However, Robert added that he changed his mind after tying the knot. He said he thought since he already had four biological kids, he didn’t want to have any more. It ultimately led Ashley to end her marriage to Robert.

Meanwhile, Ashley seems to have a different story to tell. In the 2014 interview with Radar Online, she refuted Robert’s statement saying she had no intention to have a kid with him. Moreover, she said if she wanted a child, she would have had it with the love of her life, her first husband, John.

Her Ex-Husband Got Married Again Shortly Before His Death

Following the end of their short-lived marriage, Robert Kardashian started dating Ellen Pierson, a real estate businesswoman. After around five years of courtship, Robert and Ellen got married in 2003. Meanwhile, Robert Kardashian was diagnosed with esophageal cancer just months before they married.

Around six weeks after Robert married Ellen, the long-time attorney died of cancer. Robert died on September 30, 2003, at the age of 59 and was buried at Inglewood Park Cemetery in Inglewood, California. Robert didn’t share children with Ellen. Ellen Pierson didn’t date anyone after her husband’s death, and as of now, she lives a private life out of the media radar.

Jan Ashley was Previously Married to an Actor

Asley was previously married to actor John Ashley. Besides an actor, John was a famous producer and singer. Some of his popular movies include Suicide Battalion, How to Make a Monster, Apocalypse Now, Invisible Mom, and Scar City, among others. John is also known for producing several successful television series, including The A-Team.

Talking about Jan Ashley’s marriage to John, there is no exact detail on when and where they tied the knot, however, it is known that she was married to John until he died in 1997. John died of a heart attack on October 3, 1997, in New York City at the age of 62.

Actor John was previously married two times. He married actress Deborah Walley in 1962 and gave birth to a son, Anthony Ashley. They divorced in 1966. Afterward, John married Nancy Moore. He also had a son, Cole Ashley, with his second wife.

In the early 2010s, Ashley made headlines after she talked about Khloe Kardashian’s paternity in the media. In an interview with Star Magazine, she and Robert’s third wife Ellen, revealed Khloe is not Robert’s biological child. Ashley said,

“Khloe is not his kid – he told me that after we got married. He just kind of looked at me and said [it] like it was a matter of fact. He said, ‘Well, you know that Khloe’s not really a Kardashian, don’t you? And I said … ‘OK,’ and that was it.”

Ashley and Ellen said that Robert knew Kris had cheated on him with a couple of men while they were married. Meanwhile, Kris Jenner confessed that she had an affair during her marriage to Robert in her memoir, Kris Jenner . . . And All Things Kardashian, published in 2011.

“The audacity you have to mention my father’s name like this! Should be ashamed of urself! I let a lot of things slide but this one is really low… YOU ARE DISGUSTING! (yes you know who YOU are).”

After the revelation, Khloe Kardashian couldn’t stop herself from asking her mother if she was adopted. It was also featured on their family reality show, Keeping Up with the Kardashians.

Meanwhile, Khloe also took a DNA test during an episode of Keeping Up with the Kardashians, however, it was only meant to prove that Kris Jenner was her mother.

If we consider Robert’s court statement, Robert acknowledged Khloe as his biological child.