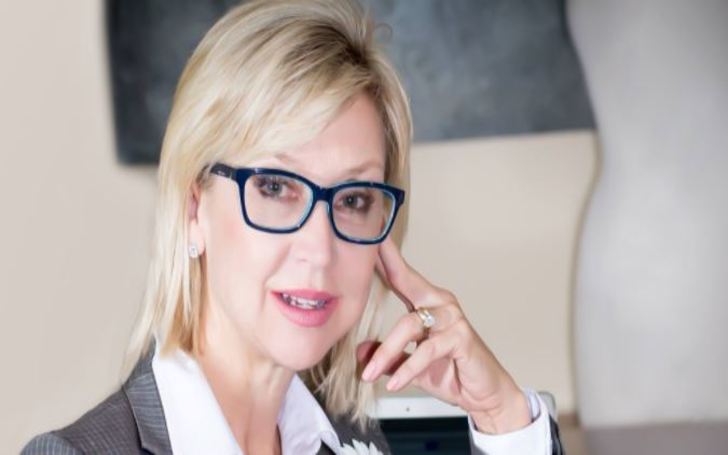 Jan Rousseaux is the designer wife of John Ramsey, the famous father of a slain daughter, JonBenet. The couple has been married since the early 2010s and has been living a seemingly blissful marital life.

It has been over 25 years since the harrowing murder of a six-year-old daughter of John Ramsey rocked the nation; a case that is yet to be solved. John and his family suffered quite a lot from losing their child to being suspects in the killing.

The moving on apparently hasn’t been easy for any of Ramsey’s family. JonBenet’s father, however, is now in a longtime union with a designer he met after the death of his wife, Patsy. So know who is his current partner, Jan Rousseaux; her life before meeting Ramsey, & how the two are maintaining their professional & personal business.

Rousseaux was born around the year 1958. Jan has rather unusual roots in East Africa where she lived as a child of missionary parents. While living in Ethiopia during the ’60s and the ’70s, she had few resources in Ethiopia which led her to learn to repurpose clothing on a treadle sewing machine. And when she was eleven years old Jan made a pair of boxer shorts cut from a pillowcase for an Ethiopian deaf man.

She attended a couple of schools in places including Addis Ababa, Ethiopia, before matriculating at Baptist Bible College. Although it is yet to be confirmed, Jan might have studied in Germany and could also have been a graduate of Missouri State University.

Rousseaux began her career by designing for Leather Gallery in Miamisburg, Ohio, it was for the western and motorcycle industry for offshore production. In 1995, she founded her own store, House Of Rousseaux in Springfield, Missouri. Two years later, she would launch her own company, Jan Rousseax LLC in Las Vegas, Nevada.

From the mid to late 2000s, Jan handled designing and sales for Silver State Industries. Then in 2011, she became the president of YellowKat Marketing, an image wear consultation, and uniforms for the hospitality industry. She has also sketched for Petite Follies gift boots.

Additionally, in December 2015, Rousseaux designed and created a storefront in downtown Moab for Redtail Air, her husband, John Ramsey’s company.

What Inspired Jan Rousseaux To Become A Designer?

At eighteen Rousseaux moved to Springfield, Missouri. There she began to hone her skills — studying clothing construction.  She eventually got a job to design and produce couture for celebrities, entertainers, and anyone taking center stage in nearby Branson.

Over the next fifteen years, Branson turned into a live country music capital of the U.S, and with that millions started to visit the place each year.

The now uniform supplier initially worked with most of the shows on the strip. She later started to design and create over-the-top wardrobes for nationally known celebrities — especially for red carpets and all.

Rousseaux cruised from New York to Los Angeles to Hong Kong seeking unique fabrics to bring her sketches to life.  The Smithsonian Institution in Washington D.C has displayed one of Jan’s designs.

How Rousseaux Became A Hospitality Designer

Ms. Ramsey moved to Las Vegas in 2004. One day when she was having breakfast at a diner, she noticed that the servers were wearing very unflattering uniforms that didn’t work with the mood of the place. Jan thus went to the drawing board and sketched a line of aprons that fit the character of the little restaurant. And thus began her interest in designing for the hospitality industry.

Designer John Rousseaux married John Ramsey in Charlevoix, Michigan on July 21, 2011. The nuptials happened in Charlevoix, at Castle Farms, where 70 guests including Mr. Ramsey’s other adult children were present. It was the same city where John’s late daughter, JonBenet had won the Little Miss Charlevoix crown in 1994.

“She was cute and lively and she told me she liked The Office. That was great. I love The Office,“

John said of Rousseaux to People in 2012. Both Rousseaux and Ramsey apparently are very religious. Together, they are also the owner of a promotional marketing company in Las Vegas.

Jan once said it wasn’t until June 2009 that she texted Mr. Ramsey saying how she was thinking of him, after which their relationship blossomed.

The designer said John then immediately asked if he could come to see her just as friends. Afterward, the couple embarked on a long-distance relationship.

She revealed how John used to make the seven-hour journey from Moab (Utah) to Vegas just to see her every weekend after that. The apparel expert revealed her husband never complained and the effort got her attention.

She Got Engaged On Valentine’s Day

The father of the late JonBenet proposed Jan at a resort in Vero Beach, Florida on Valentine’s Day, 2010.

John said he proposed during breakfast. Ramsey had told her that he had something for her and then presented her with a single diamond ring.

Before John, Rousseaux was married twice and has several grown children of her own.

Likewise, for Ramsey, the wedding with Jan came five years after the death of his beloved wife Patsy from ovarian cancer in 2006, aged 49. Patsy was the second time for whom John had walked the aisle.

Ramsey had four children from his first and second marriage. He lost one daughter in a car accident just five years before the death of his second girl, JonBenét. However, the two of his sons, John Andrew Ramsey and Burke Ramsey are still alive.

After the death of his second wife, Patsy, John briefly dated Beth Twitty, mother of Natalee Holloway, who disappeared in Aruba in 2005. They later split up with Rousseaux’s husband citing “Beth was behind me in terms of the grief cycle.”

Jan Rousseaux Had Gone Bankrupt With Her Former Husband

Five years before her wedding to John Ramsey, Rousseaux was going through a tough time in terms of her finances.  She reportedly had just $100 to her name and was $230,000 in debt, according to her 2005 bankruptcy filing.

What’s more, in an earlier, 2003 bankruptcy filing, she and then-husband Bobby Joe Mays said they had just $38 in the bank.

What Is Jan Rousseaux Net Worth?

For someone like Jan who has been in the fashion industry since her childhood, it’s only predictable that she must have had ups and downs in several aspects; be it finances or the career itself. As discussed, it wasn’t all gold and glitter for the now 63-year-old designer with insolvency and a couple of pushbacks.

Nevertheless, it all seems fine for Rousseaux with all her ventures and reputation as a venerable fashion entrepreneur. There, however, is still little to no discussion of her net worth or economic standings. Still, considering her significantly long career span, Jan could very well be worth in millions if not some utterly rich businesswoman.