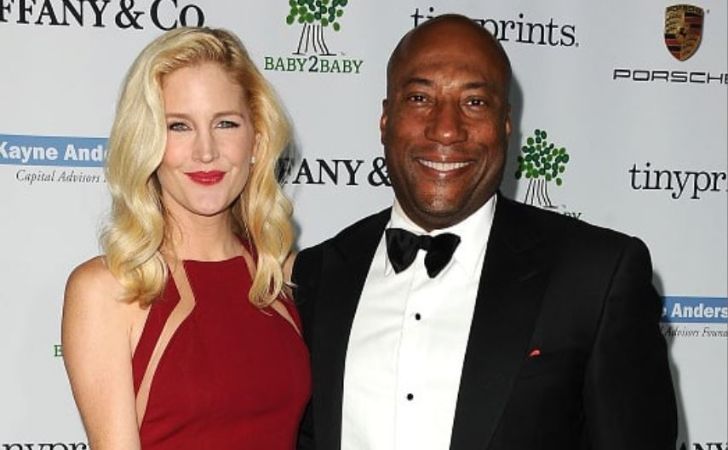 There are very few who actually gained recognization despite being overshadowed by the fame of their partner. And Jennifer Lucas is one of those very few. She has earned an identity of her own despite being the wife of American businessman Byron Allen. She is a successful TV producer and actress.

Keep with us if you want to know more about her.

Jennifer Lucas Was Born In Minneapolis

If you didn’t know, Jennifer Lucas was born in 1973, in Minneapolis, to father Robert Lucas, and mother Cheri Lucas. Growing up with her parents, she had a decent upbringing in her father’s hometown Minneapolis. As per the reports, her mother is originally from Los Angeles.

Needless to say, Jennifer had a great relationship with both her mother and father. In fact, she still shares a decent bonding with both her parents.

Talking about her education, Lucas did her graduation from St. Cloud State University in St. Cloud, Minnesota. Following graduation, she eventually moved on to pursue her career in movies and TV.

Career: Jennifer Is A Successful Producer

As we mentioned earlier, Jennifer is a successful producer. She has not only produced movies for TV series as well. As an executive producer of her husband’s Entertainment Studios, Lucas has produced some successful projects like Hostiles, starring Christian Bale, and the 2017 film, 47 Meters Down.

Apart from films, she has also been a part of several TV projects. Some of her successful TV shows, where she has worked as a producer include The Secret Life of Us (2001), Marshall Law (2002), The First Family (2012).

The successful TV producer Jennifer is a married woman. She is married to American businessperson, TV producer, and comedian Byron Allen. The couple walked down the aisle in 2007 at the Hotel Bel-Air Beverly Hills, California. Their wedding ceremony was attended by over 120 guests including Natalie Cole and Eddie Murphy.

I couldn’t wait to see her walk down the aisle

Likewise, Lucas also had beautiful things to say about her marriage. She said,

It was an intimate and meaningful ceremony to mark the beginning of the rest of our lives.

The wedding was followed by a beautiful red-themed reception at the hotel’s ballroom with thousands of red roses. Similarly, a five-tiered cake with two flavors – vanilla cake with dark chocolate filling and dark chocolate cake with chocolate mousse filling were served for the day.

Talking about their first encounter, the couple met in April 2001 and were engaged in December 2006 in Maui.

Lucas Is The Mother Of Three Children With Her Husband

From her marital relationship with Byron, Jennifer has three children. Their first child, a daughter named Chloe Ava Allen was born on August 22, 2008. Well, the couple had announced their pregnancy with their first child exclusively with PEOPLE.

We’re having a girl! We are so excited. We’ve always wanted kids, and this is the perfect time for us.

Later, Jennifer welcomed her second child, another daughter named Olivia Rose Allen, on April 7, 2010. Likewise, their third child, a son named Lucas Byron Allen, was born on December 11, 2012. Well, all three siblings share a great relationship. In fact, they are also seen together on the red carpet at Entertainment Studios’ film premiere.

Like we already stated, Jennifer’s husband Byron is a successful comedian, producer, and business person as well. In fact, he is the chairman and the CEO of an American entertainment company named Entertainment Studios.

Talking about his professional accomplishments, he made his TV debut at the age of 18 with The Tonight Show Starring Johnny Carson. Later, he also worked as a presenter on the NBC series Real People.

Apart from this, Byron’s company Entertainment Studios also acquired The Weather Channel from Comcast back in 2018.

How Much is Jennifer’s Net Worth?

As the wife of a famous comedian and producer, Lucas enjoys a pretty luxurious life. In fact, she herself is a successful producer which yields her a huge salary. But unfortunately, she has not revealed her exact net worth.

However, her husband, on the other hand, is pretty wealthy and flaunts a net worth of over $450 million, as per Celebrity Net Worth.