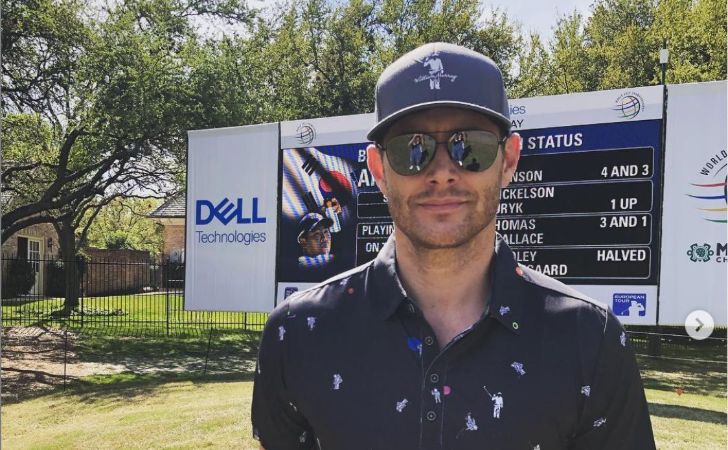 Jensen Ackles is an American actor, director, and film producer. He has been a part of numerous movies, as a director, actor, and producer as well. Making a successful debut in 1996, he is now widely recognized for his work in The CW horror fantasy series Supernatural, Days of Our Lives, My Bloody Valentine 3D, and numerous others.

For his works, he has also received many awards including Daytime Emmy Award, Teen Choice Awards, Ewwy Awards, People’s Choice Awards, and many more.

Well, while his professional accomplishment is a primary reason for his recognization, he is also often in the media for his marriage. He is married to his wife Danneel Ackles since 2010 and shares three children with her as well.

Here, in this article, we are going to take frequently asked questions about Jensen Ackles, dealing with his personal and professional life.

When and Where Was Jensen Ackles Born?

Jensen Ackles Parents: Who Is His Father?

Ackles was born in an upper-middle-class family to father Alan Roger Ackles and mother Donna Joan. His dad is also a successful actor known for work in Devour (2005), Supernatural (2005), and Prison Break (2005).

Does Jensen Have Siblings?

The 44 years old actor Jensen has two siblings, a brother Joshua Ackles, and a sister Mackenzie Ackles. The siblings are very close to each other and can be often seen together in their social media posts.

Sine Jensen was born on March 1, his zodiac sign is Pisces. This zodiac is defined by sensitivity, self-sacrifice, and intuition.

He is not vegan. He rather loves chicken and steak. In fact, he has even eaten non-vegetarian foods in some of his movies.

With a background in acting, coming from his father, Jensen made his acting debut at the age of 18. His first role was as Michael Duss in Viva Wishbone!, an episode of Wishbone.

Here, let’s deal with some interesting questions surrounding his career.

At present, Jensen has not announced any major projects, however, he is filming for The Boys, which is scheduled for release in 2021.

When Does Jensen Ackles Appear In Smallville?

Jensen appears in a total of 22 episodes of Smallville in season 4 of the series. In the series, he plays the character named Jason Teague.

When Was Jensen Ackles on Days of Our Lives?

The actor is famously known for his role of Eric Brady in Days of Our Lives. He was a series regular and appeared in 115 episodes from 1997 to 2000.

Was Jensen Ackles In Criminal Minds?

To be precise, Ackles has not appeared in episodes of Criminal Minds. It rather stars actors Mandy Patinkin, Thomas Gibson, Lola Glaudini, Aisha Tyler, and others in the lead.

Though Jensen and Jared have completely different chemistry on screen, they are good friends in real life. In fact, the two were even roommates back in Jared’s house in Vancouver when they were still unmarried.

As per the reports by Celebrity Net Worth, Jensen has a net worth of around $14 million, as of 2020.

Apart from all the professional accomplishments, there are many interesting stories about Jensen’s personal life. The Supernatural actor is married and also has kids with his wife. Let’s find answers to some of the most searched questions about him.

Like we just mentioned, Jensen Ackles is married. He married his actress-wife Danneel Harris on May 15, 2010, at The Rosewood Crescent Hotel, in Dallas. Ackles’ proposed to his 3 years long girlfriend Harris in November 2009.

They were first spotted together after their engagement at the Breeders Cup World Thoroughbred Championships at Santa Anita Park in LA.

Where did Jensen and his wife Danneel go for their Honeymoon?

Post their wedding, the couple went to NYC as their honeymoon trip. However, they didn’t have time for a proper honeymoon as Danneel had to attain a meeting for her project Friends With Benefits.

Who Was Jensen Ackles Best Man At His Wedding?

While he has not revealed much about the best man at his wedding, his co-star Jared Padalecki served as one of the groomsmen.

How Did Ackles Meet Danneel?

The couple reportedly met for the first time in 2007, on the sets of their movie Ten Inch Hero. They soon clicked and eventually began dating and didn’t take much time to announce their engagement.

What Are Jensen Ackles Children’s Names?

The Smallville actor is the father of three kids from his marriage, Justice Jay Ackles, Zeppelin Bram Ackles, Arrow Rhodes Ackles. His eldest child Justice was born in 2013, whereas his twin child Zeppelin and Arrow was born in 2016.

What Is Ackles Favorite Color?

He does not seem to have any particular favorite color, but it looks like he prefers dark colors more, including black.

No, he is not left-handed but a proper right-handed person.

No, the two are not brothers but good friends and co-stars. They even served as groomsmen at their respective weddings.

Does Jensen Ackles Own The Impala?

Well, it is unclear if Ackles owns any Impala, but he once answered the popular question about who will keep the Chevy Impala after the end of the show. And he mocking said that he will take the original one whereas Jared will keep the duplicate of the impala.