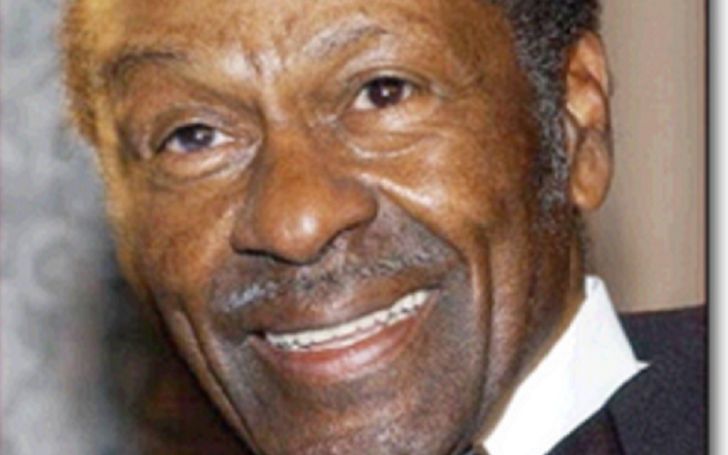 Jerome Jesse Berry is the late father of Academy Award-winning actress, Halle Berry. Jerome, who divorced his wife when Halle was only four years old, had a strained relationship with his actress daughter and the rest of the family members.

The ‘Monster’s Ball’ actress opened up several times that her father was a violent alcoholic who used to beat her mom. Despite all the bad behaviors of her dad, the actress shared an emotional Instagram post on the occasion of Father’s Day, showing forgiveness towards his addiction and long absenteeism from the family.

Today, in this article, we will talk in detail about Jerome’s relationships along with the cause of his demise.

Who Were Jerome Jesse Berry’s Parents? Details on His Date of Birth

Halle Berry’s father was born in August 1934, in Clarksdale, Mississippi. He was the son of Cora Lee Powell and Bob Berry. He spent most part of his childhood in Mississippi with his family.

Berry had an Afro-American ethnicity and had an American nationality.

Who is Halle Berry Father Jerome Jesse Berry? His Career in Detail

Berry was an Air Force veteran. He later started working as a bus driver and spent several years working for the Bluebird travel lines. Besides, the late-celebrity-father once served as a porter at a Cleveland psychiatric hospital, it was where Jeremoe met his future wife.

Jerome was married to Judith Ann Hawkins. The former duo first met when they both were working at a Cleveland psychiatric hospital. At the time, Judith was a nurse at the hospital.

In fact, Hawkins is from Liverpool, England, and is Caucasian by ethnicity. Although the lovebirds belonged to two different races, they never got back and took their relationship to the next level in the early 1960s.

A couple of years after their marriage, Jerome started a family with Judith, welcoming their first daughter, Heidi Berry-Henderson in October 1964. They became parents for the second time when Hawkings gave birth to their second child, a daughter Halle Berry in August 1966.

The two were in a blissful marital relationship for years before things started becoming worse and worse between the duo by the late 1960s.

Their Divorce: Jerome Jesse Berry’s Relationship With His Daughters

Jerome and Judith went their separate ways in 1970, after living a conjugal life of around eight years. Although neither of the parties revealed the actual reason behind their divorce, according to their daughter Halle, it was Jerome’s abusive behavior towards his wife.

“‘I saw my mother battered, and could not do anything to stop it. My father was tyrannical, lashing out at her for no reason. I felt the effects that had on our family – I’ve experienced what these women have gone through.”

Furthermore, in an interview with the host James Lipton, Halle also opened up that her late dad never abused her but beaten her big sista several times. She said,

“The hard part for me was he never abused me. I was dealing with a lot of guilt because I saw my sister go through terrible beatings.

“I felt helpless and like a coward because I didn’t do anything and couldn’t do anything. I spent many of the early years of my life trying to make sense of all that and recover and find my self-esteem.”

Back in 1992, Berry said, without regret, that her dad had been absent from her life since his divorce from her mother. She said, “I haven’t heard from him since.” The Hollywood star added,

Following their divorce, both Halle and her older sister Heidi were raised by their mother as a loving single parent.

Halle Berry Relationship With Her Dad

Although Halle couldn’t patch things up with her dad before his demise, it looks like that the actress now understands the fatherly love. Back in June 2019, Halle shared a rare photo of her father on the occasion of Father’s Day with a lengthy poignant caption. She wrote,

“On this Father’s Day my heart is full…full of love for my DADDY! This is one of only 2 pictures I have of him, and it has become family gold! While I didn’t have much of a relationship with him while he was here, as he was alcohol addicted and that addiction robbed us of the relationship we were meant to have, I now understand how much he loved me and how vital he was and is to my life!”

“I miss you today daddy and wherever you are, I know you’re smiling down on me because I feel your love! #HappyFathersDay to the great dads in my life—Olive and Gabe and to EVERY dad out there!”

The former African American hospital attendant passed away in Jan 2003, at a Euclid General Hospital in Euclid, Ohio. Talking about the cause of his death, Jerome died from Parkinson’s disease. He was 68-year-old at the time. He was interred in Cleveland Memorial Gardens in Cleveland, Cuyahoga County, Ohio.

Had a Daughter From His Previous Relationship

Before meeting Halle Berry’s mother Judith Ann Hawkins, Jerome was in a relationship with Edwina Taylor. The ex-duo dated for years during the 1960s. They also had a daughter named Renee Berry. Besides, Renne had a great relationship with Halle for years. But, for the past several years, they haven’t been on good terms.

The exact amount of Jerome’s wealth was never revealed. But, talking about his daughter Halle Berry’s fortune, the actress has an estimated net worth of $80 million. She has collected the huge aforementioned figure from her successful acting career. She has already worked in a number of iconic movies such as Introducing Dorothy Dandridge, Monster’s Ball, X-Men: The Last Stand, and more.

Furthermore, her TV credits include Their Eyes Were Watching God, Extant, and Drop the Mic as well.