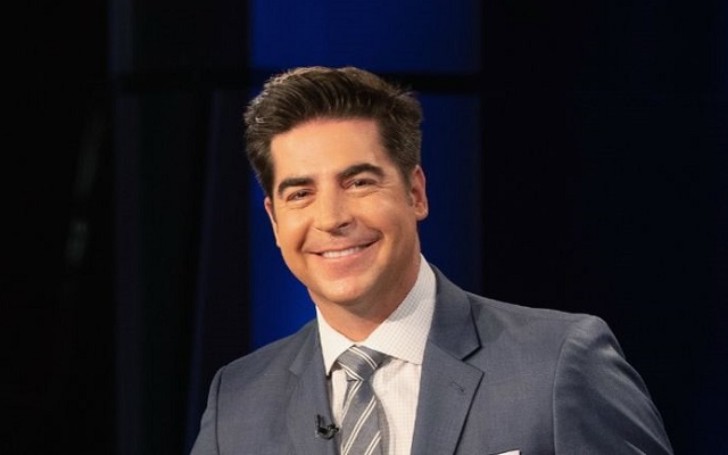 Jesse Watters is a prominent on-air personality who currently serves as a conservative political commentator on Fox News. He hosts Watters’ World show and is also a co-host of The Five.

Besides, Watters is happily married to former Fox News associate producer Emma DiGiovine. He was previously married to Noelle Watters. So, let’s find out what caused trouble in Jesse’s first marriage to Noelle. Also, let’s see how is his married life with his wife Emma going?

Watters tied the knot with Emma DiGiovine in early 2020. The wedding ceremony took place at The Ritz Carlton Resorts of Naples, Florida.

Beautiful wedding with an impressive guest list.. OBTW, I AM NOT AT ALL POLITICAL .. I love ❤️ everyone stay positive @positivebeverage . @kimberlyguilfoyle @donaldjtrumpjr @jessewatters @rickleventhal

Jesse and Emma Began Dating After Meeting at Fox News

Jesse and Emma met after she joined Fox News back in Feb 2015. She initially worked as a production assistant for the show Stossel.

In June 2016, DiGiovine went on to work with her then future-husband Watters on the show Watters’ World. The couple increased their intimacy after they started working together.

Their dating rumors sparked after the two posted pictures on social media from their Caribbean vacation in 2017. The duo later told about their relationship with Fox News’ human resources department. Subsequently, Emma transferred to Laura Ingraham’s The Ingraham Angle.

A spokeswoman for Fox News told the Daily News,

Within 24 hours of Jesse Watters voluntarily reporting to the Chief of Human Resources in November 2017 that he was in a consensual relationship with a woman on his staff, management met with both parties and a decision was made for the woman to be transferred to work on another program on the network where she currently remains.

According to Fox, DeGiovine stopped working at the network in spring 2018. She shared the first picture with Jesse on Insta on 6th October 2018.

The clip showed they were enjoying their night out on the ship.

Watters and his then-girlfriend DiGiovine got engaged in August 2019. On August 25th, Jesse announced the news via Twitter.

Emma and I would like to announce our engagement! Thanks to all of our family and friends who’ve shown us so much love. We are so grateful ❤️ pic.twitter.com/qaKGGvHISD

On the same day, Emma also took Instagram to announce the news. They tied the knot after a few months of their engagement in December.

On April Fools Day 2021, Jesse and Emma, a former ballet dancer welcomed a son, Jesse Bailey Watters, Jr. into this world. Watters announced the news on his Instagram, writing the caption that his son “clocked in on April Fools Day, weighing 7lbs 3oz.”

Jesse married his first wife Noelle in 2009. The two first came across when they both were working on Fox. At the time, Watters used to work for Bill O’Reilly’s show while his partner would host a web show called iMag Style.

Watters was still married to his first wife Noelle when he started dating Emma. Following the rumors of their growing romance started swirling on the web, his married life with Noelle started falling apart. Even though Jesse and Emma hadn’t confirmed their romance, Noelle was pretty sure that they were dating secretly.

A couple of months later, in October 2017, Noelle filed for divorce and their divorce was finalized in March 2019. The former couple used to live in Manhasset, New York.

Jesse has a close connection with his daughters and frequently shares their photos on social media.