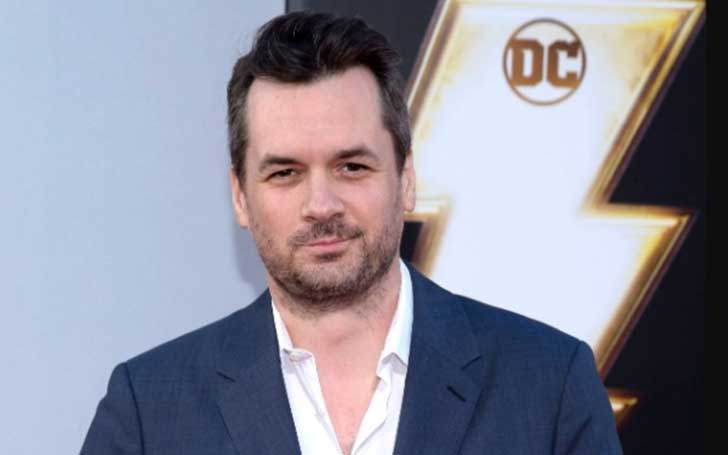 Jim Jefferies is an Australian-American stand-up comedian, actor, and television host. He is also famous for his late-night show, The Jim Jefferies Show. Jefferies is known for his outspoken personality, however, he has been secretive about his relationships throughout the years.

Millions of his fans are curious to know the marital status of the 43-year-old Legit star. In fact, many are already pretty much about Jim Jefferies’ wife, but the reality seems to be different.

Is Jim Jefferies Married? Who is His Wife?

Actor-comedian Jim Jefferies has kept most of his personal stuff low key, however, we can assert that the 43-year-old is unmarried as of 2020 and he does not have a wife yet.

Moreover, Jeffries hasn’t opened up about his plans to tie the knot soon in the near future. We hope, we will get to see Jim Jefferies’ wife soon.

Jim Jefferies and Kate Luyben Were a Couple In The Past

Jefferies and Kate Luyben met in 2011 when they shot the pilot for Jefferies’ 2013 TV series Legit. In the pilot, Kate played a prostitute. The couple became good friends in a short time and didn’t take much time to start dating. Just months after they started dating, the couple got pregnant with their first child.

On November 7, 2012, Jefferies and Luyben welcomed their son, Hank together. A couple of months after the birth of their child, Jefferies revealed Luyben was his girlfriend and they had just welcomed a baby together at the premiere of Legit.

Shortly later, Jefferies and Kate Luyben broke up. The couple has maintained an amicable relationship even after their split and they raise their child together.

Although many online sources reported Jim Jefferies once dated actress Ginger Gonzaga, there is no official confirmation about their relationship yet.

The 37-year-old American actress and comedian Gonzaga is famous for her performance in the 2019 series, Living with Yourself in which she played alongside Paul Rudd.

The alleged couple worked together in Jim’s 2016 movie Punching Henry. After that, Jim shared a couple of photos with the actress on his social media which led some of his fans to believe they were in a relationship.

Meanwhile, Gonzaga dated another great comedian Jim Carrey. Carrey, the 58-year-old Canadian-American actor, and comedian, and Gonzaga dated for some months before they called it quits in October 2019.

Jefferies rarely talks about his current relationship status in the media. However, during his appearance on The Tonight Show Starring Jimmy Fallon in September 2019, the comedian talked about his new girlfriend openly. In the show, he also went on to reveal he was in a relationship with a British girl.

Jeffries further said his current girlfriend and his son, Hank whom he gave birth with his ex Kate Luyben, are very close to each other. Meanwhile, he said Luyben lives close to his residence and she is currently dating a soccer player. Jeffries said the two pairs have spent lots of time together and they’ve even gone on to holiday together.

In spite of all the revelation, Jeffries’ new girlfriend’s identity remains a mystery as he didn’t reveal her name on the show.