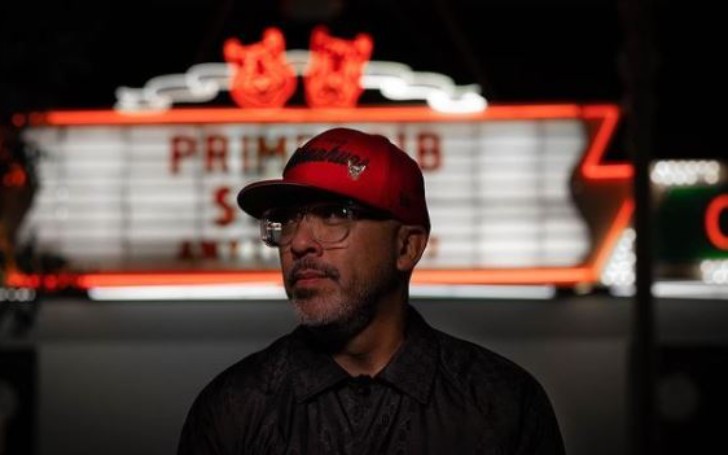 Jo Koy‘s love life has always been a subject. He was earlier married to his ex-wife Angie King. But who is Jo Koy‘s wife in 2022? Ever since Koy became famous, his fans wanted to know who is his lady luck. After all, it has been said many times, behind every successful man there is a woman.

Well, he was once married but as of now, Jo Koy doesn’t have a wife. Talking about his ex-wife, the former flames were in a marital relationship for a few years. From their relationship, they are a proud parent of one kid.

Today let’s take an in-depth look into Jo’s personal life and find out about his conjugal life.

Who is Jo Koy Wife? His Current Relationship Status

First of all, Jo doesn’t have a wife at the moment nor is he married to anyone. However, as of this moment, Jo aka Joseph is in a relationship with fellow comedian, Chelsea Handler.

It was Chelsea who first confirmed her relationship with Jo. She shared a PDA-filled picture with her new boyfriend Jo. In the caption, she wrote,

“He’s on tour, I’m on tour, sometimes we tour together. #VaccinatedAndHorny #FunnyIsFunny. All coming to a city near you!”

He was rumored to be dating actress Tia Carrera

There were rumors that Jo Koy is reportedly in a relationship with an actress. Several tabloids claim the comedian is dating the American actress, Tia Carrera. But there is no solid evidence regarding their affair behind the scenes.

The only time Jo has ever mentioned Tia is in the year 2011. Back then, he congratulated the Hawaiian actress for her Grammy win in the category of Best Hawaiian Music Album. In the same year, the pair also made a joint appearance at the premiere of the 2011 movie, Footloose.

Aside from the above two incidents, the couple has rarely made any appearances together. Neither of them has in recent years shared pictures of each other on social media. Safe to say, the news of their relationship, at this time, is nothing but loose talk.

Jo Koy’s wife In the past: They are on excellent terms

Prior to his newest relationships, Jo was already married in the past. The comedian was married to his ex-spouse named Angie King. She is a Los Angeles-based entrepreneur and a musician. She became inspired in the music field because of her dad, who was an opera singer.

Besides, not much is known about how and when did the pair first started dating. Still, we do know the former couple dated back in the early 2000s and married around the same time. Sadly, their marital life couldn’t hold out for long and they called it quits shortly after their wedding.

But unlike a typical divorced couple, Jo and Angie are on excellent terms with each other. In fact, she even quarantined together with her hubby at his residence. Joseph has expressed his love and respect for his former partner time and time again.

What’s more, Angie often appears in her ex-husband’s Instagram account. Like we told you before that they quarantined together during the 2020 lockdown, the couple wasted no time and created funny skits straight from their kitchen.

Though we can argue that their mutual respect for one another holds them together, their son is the one who acts as the glue between them. Whatever the case may be, Jo and his ex-spouse are living a happy and content life enjoying their personal life. P.S: Koy’s ex is currently in a relationship with Gino Perez.

Jo Shares One Child With His Former Wife

The pair shares one son, Joseph Herbert Jr. aka Lil Joe. Angie gave birth to him on 21st April 2003. Although his parents separated sometime after his birth, he was still raised by both of them in a fairly coordinated manner.

That is why Joseph is quite close to both his mom and dad. Jo and Angie knew they had to stay amicable otherwise it might affect their son’s childhood.

Koy has gone through the same phase when at the age of 13, his mom and dad decided to divorce. Afterward, Jo was then raised by his single mom. This phase made him estranged from his father.

He didn’t want his son to suffer the same fate. Thankfully everything worked out well. At the moment, Jo and Angie are proud parents as their son has graduated high school. He might even become a comedian just like his father given that he has started appearing alongside him in many comedy events. In addition, he frequently appears in his mom and dad’s accounts.

In an interview with Fatherly, the comedian vividly talked about fatherhood. He mentioned that he is doing all the things that he wished his father would’ve done with him while growing up.

Joseph Sr. and Jr. go out to eat and hang out every now and then. When he was still studying in school, he used to bring him lunch which included a food item from a restaurant of his choice.

Furthermore, when asked whether his son likes the Filipino culture or not, Koy said he rarely ever had to teach him anything. Because the household is filled with Filipinos one is bound to absorb everything. Koy also added,

“He’s been to the Philippines for almost a month to see where his grandmother grew up. It’s kind of neat. Things I never got to do when I was a kid, my son is doing.”

We’re happy that Jo is cherishing all the great moments with his son.