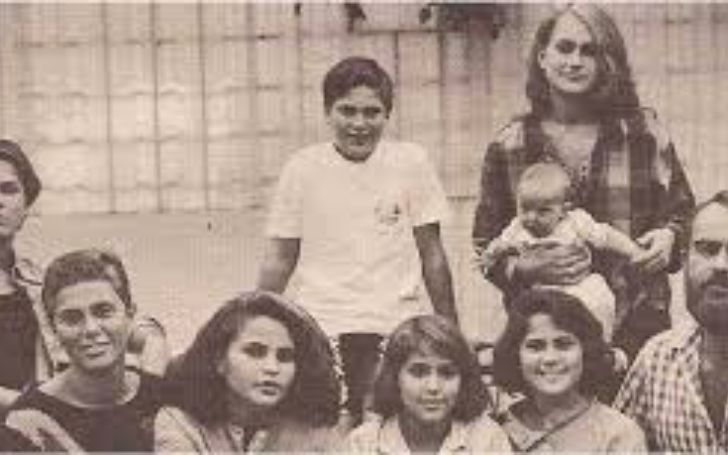 Very few of you might be familiar with the name “Jodean Bottom.” It is because she is not a prominent figure in the entertainment industry. However, people want to know about her due to her connection with high-profile celebrities like Joaquin Phoenix and River Phoenix. She is a half-sibling of these renowned celebrities.

Jodean Bottom doesn’t make her public appearance much like her other half-siblings. In today’s episode, we are going to explore everything about Bottom. Stay with us.

Jodean Bottom was born on Feb 29th, 1964 in the United States of America to John Lee Bottom. Her father conceived her with a woman named Trinity, whom he briefly dated right. Her father, John was a missionary. Jodean doesn’t have any biological siblings, however, she has five half-siblings from her father’s marriage to Arlyn Phoenix.

Besides, at the time of Jodean’s birth, her father moved to Canada fearing the Vietnam draft. This is why she had little to no contact with her dad up until a few years after.

River Phoenix was a phenomenal talent in the entertainment industry. He was an actor, musician, and activist. Phoenix passed away at the tender age of 23 following a drug overdose in 1993. The story surrounding Phoenix’s death remained secret from the media for a long time. Back in 2013, Bob Forrest, a good friend of River gave a detailed account of his death in his memoir, Running with Monsters.

Further, in 2018, River’s then-girlfriend, Samantha Mathis talked about the awful night. She remembered she along with her then-boyfriend, River, his siblings, Joaquin and Rain walked into the LA club, Viper Room owned by actor Johnny Depp.

She added she thought River was only there to drop off his siblings, however, when they arrived there, River told her:

“Oh, there are some people playing music tonight in the club who want me to play with them – that’s OK, right?”

Mathis added that she knew something was wrong; she didn’t see anyone doing drugs yet her boyfriend was high in a way that made her uncomfortable. And within an hour, Mathis said River was dead.

Even though Jodean’s all half-brothers and sisters were born with the last name Bottom as her, they eventually changed it to “Phoenix.” They picked their last name after the mythical bird that rises from its own ashes, symbolizing a new beginning although they haven’t revealed why they adopted this last name.

Well, Jodean Bottom has been living a private life despite her father and half-siblings being renowned personalities. Due to this, there is still ambiguity about her marital status. However, Jodean had a child, a daughter when her half-brother, River Phoenix found her.

Furthermore, it also stated that River supported both Jodean and her daughter when he was alive.

Her Half-Brother, Joaquin Phoenix is a Multiple Award-winning Actor

Jodean’s brother, Joaquin Phoenix has won several accolades as an actor. The 47-year-old actor, producer, environmentalist, and animal rights activist has won some coveted awards like Academy Award, Grammy, and Golden Globe Award. Meanwhile, in 2020, he was named on the list of the 25 Greatest Actors of the 21st Century by The New York Times.

Joaquin was born Joaquin Rafael Bottom on October 28, 1974, in the Rio Piedras, San Juan, Puerto Rico. He was born as the third of five children of parents John Lee Bottom and Arlyn Phoenix (nee Dunetz).

Joaquin along with his older siblings, River Phoenix, and Rain Phoenix started performing at various talent contests as kids to support their family. He made his television debut in the CBS TV film, Kids Don’t Tell. Phoenix made his feature film debut in 1985 as Frankie in Kids Don’t Tell.

He won the Oscar for Best Actor for his work in the movie, Joker in which Mike Tyson’s daughter, Rayna Tyson also worked as an additional crew.

How Much Is Jodean Bottom’s Net Worth?

Needless to say, Jodean lives a beautiful and luxurious life. However, he has not revealed the exact sum of her fortune. That said, there are estimates that she easily has a few hundred thousand in fortune. On the other hand, her half-brother Joaquin has a net worth of $50 thousand as of 2023.