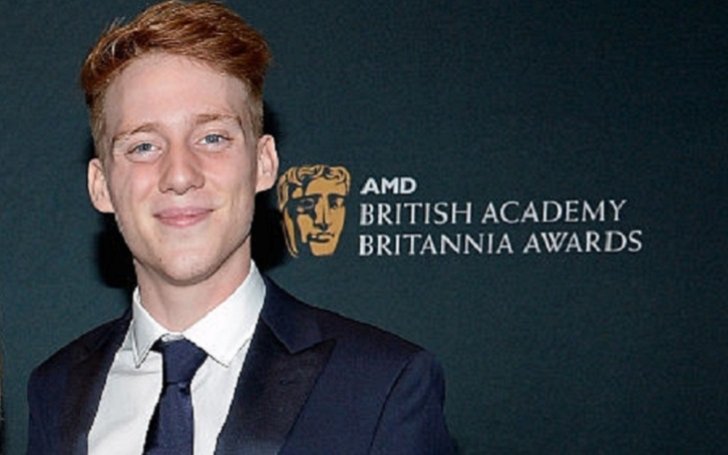 Charles Bernard Foster is the first-born child of Jodie Foster, the two-time Oscar-winning actress. Despite his mother’s immense popularity, Charles’ father’s identity remains off the market, so, many people have questioned who is the biological father of Jodie Foster’s child?

Charles has all grown up now and one obvious question is if the star kid is also following in his mother’s footsteps. So, in today’s article, let’s take a closer look at several unknown facts about Charles, including his education, age, career interests.

How Charles Bernard Foster Was Born? All About His Mother’s Pregnancy

Foster was born via artificial insemination on 20th June 1998. His mother, Jodie Foster gave birth to him after twelve hours of labor at Cedars-Sinai Medical Center, in Los Angeles. According to her publicist Pat Kingsley, the baby was born at 5:53 a.m and weighed 7 and a half pounds, and measured 20.5 inches at the time of his birth.

Talking of the pregnancy, Foster initially kept it private but later it came to know that the actress went to a Los Angeles clinic to pick the sperm of a dark-haired, 6-foot, Ph.D. scientist with a 160 IQ.

While talking about motherhood, Foster once said, it is “more artistic than anything I’ve ever done.” Furthermore, the award-winning actress said of the pregnancy as “the biggest adventure of my life.”

Besides, when Jodie was pregnant with the second child, one associate of her said,

“Charlie changed her life, and now she wants him to have a baby brother or sister to play with.”

“She has been such a wonderful mother to Charlie that it was only a matter of time before she became pregnant again. It was always Jodie’s intention to have more than one child. At her time of life she is much more interested in being a down-to-earth good mother than an actor or a film star.”

Who is Charles Bernard Foster Father?

Since the birth of Charles, one of the most searched queries is about his biological father. Nevertheless, the answer to the question still remains behind closed doors. But, back then, there were rumors that late Hollywood producer Randy Stone was Charles’ father.

The rumor was supported by the fact that Randy is Jodie’s ex-partner. However, they weren’t dating at the time of her first child’s birth and the rumor later turned to be nothing more than a rumor. As a matter of fact, Jodie and Stone dated for a long time and also attended a number of Hollywood gala events together until the producer died of a heart attack in Feb 2017.

Has a Younger Brother: Their Hush-Hush Lifestyle

Charles spent most part of his early years along with his brother, Kit Bernard Foster, born on 29th September 2001, in Los Angeles hospital. He currently studies Chemistry at Princeton University, a private college in Princeton, New Jersey.

Both Foster brothers prefer to live a life out of the media. They occasionally make their public appearance. Back in October 2016, Charles stepped out to attend the 2016 AMD British Academy Britannia Awards along with his mother and brother at The Beverly Hilton Hotel.

Moreover, Charles and Kit appeared along with their mother during her induction into the Hollywood Walk of Fame in 2016.

According to online tabloids, Foster shares the custody of her two children with her former producer partner Cydney Bernard. The exes started dating soon after they met for the first time during the filming of Sommersby (1993). The two led a happy relationship for nearly fifteen years before they split in 2008.

Long after their separation, Foster came out as gay in 2013 and as of now, she is married to an actress and photographer, Alexandra Hedison. The lovebirds dated for over a year before they exchanged their vows in April 2014.

Sources say that Charles Foster attended the Yale University, a private college in New Haven, Connecticut. As for his schooling, he reportedly completed it in his hometown of Los Angeles.

What is Jodie Foster’s Son Doing?

As we have explained earlier that Charles has kept most part of his life out of the spotlight. His mother told a few times that her oldest child is pretty into acting. She said The Guardian, in 2018,

“My older son is getting more interested in acting now.”

So, it seems that Charles has followed the same career paths as his mother Jodie.

Charles Bernard Foster is yet to pursue a profession as his career, so as of now, it is safe to say the star kid doesn’t have any significant net worth of himself. But, talking about his mother’s net worth, Jodie has a $100 million fortune. Her main source of income is her work in movies and TV shows.

Talking about her properties, back in May 2020, the actress put her longtime Calabasas house for sale with an asking price of $2.25 million.

Does Charles Bernard Foster Have a Girlfriend?

The grown celebrity kid has remained quite confidential when it comes to his love life. Due to his tendency to keep things private, it is yet to confirm whether Charles is dating anyone or not.

Some Other Quick Facts