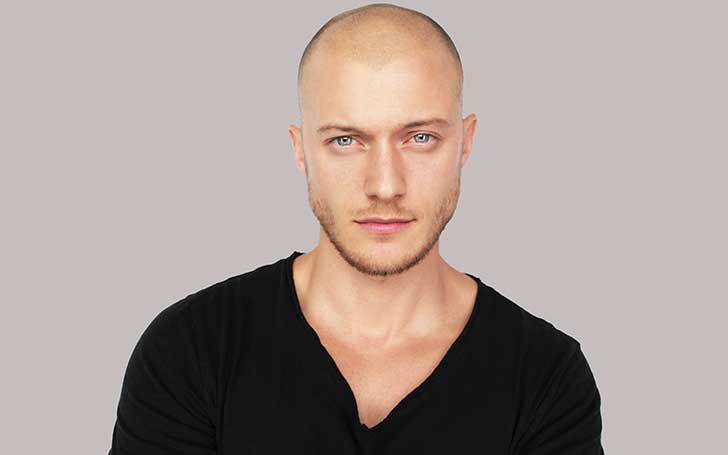 Johannes Bartl is an Austrian fitness model, athlete, and social media star. He is famously known as a YouTuber and an actor. He has more than 1.9 million followers on Instagram and around 430k subscribers on YouTube.

Even though Bartl showcases a lot of things regarding his personal life, there still are many things to know about him. Let’s have a closer look at his family, career, love life, and more.

Fitness model and YouTuber Johannes Bartl was born in Vienna, Austria on 29th October 1987. His mother’s name is Gabi Bartl. Bartl has also featured his mother in a couple of his YouTube videos. She was first seen in December 2016 in a video titled ‘SURPRISED MY MOM FOR CHRISTMAS!!!’ Here is the video:

He Has Over 20 Years of Experience in Fitness

According to Bartl’s website, BODY BY BARTL, he started his journey in fitness at a tender age of 12 years. At the time, he started doing push-ups, sit-ups, and pull-ups as a part of soccer, swim and volleyball team.

Furthermore,  Bartl says he has been a personal trainer for more than a decade. He has helped thousands of people get their dream bodies over the years. Besides, he is a master instructor for CrossCore and a certified TRX and Crossfit trainer.

Moved to Los Angeles in 2014 to Pursue a Better Career

Johannes Bartl moved to Los Angeles at the age of 26 in 2014. He started working as a fitness trainer in LA and in 2016, he started a YouTube channel under his name. He started sharing fitness tips on his channel in the initial days.

Bartl, 32, is a vegan, and being a vegan he shares fitness tips and diet plans for his viewers. In his early few vlogs, Bartl shared how the vegan bodybuilders can get the body they want without the protein-rich non-vegetarian products.

The second video on his YouTube channel is entitled “Vegan Protein Grocery List.” As the title suggests, Bartl gives a list of foods that are essential for vegan bodybuilders. Have a look at the video:

As of 2020, Bartl is in a relationship with model and social media personality Amanda Cerny. Cerny, the 29-year-old American star, rose to fame as a Viner and later established herself as an Instagram model. Bartl and Cerny started dating in 2017, however, they kept their romance out of media sight for months.

Back in July 2017, Bartl posted a video titled “She Didn’t Talk to Me for 2 Days” on his YouTube. In the video, Bartl says Amanda got furious after he missed her birthday party in late June. The video led many of their fans to think there was going something between them. However, they didn’t reveal they were dating by then.

Their relationship became official after the lovebirds made their appearance at the Streamy Awards in September 2017.

Bartl Introduced His Girlfriend to his Mom

In March 2018, Bartl and his girlfriend, Cerny went to Vienna, Austria to meet his mother. There the couple made a funny video featuring his mother and their pet dog. In the video, Bartl introduced Amanda as his girlfriend to his mom in their native language, German.

The video further shows Bartl’s mother unhappy with his relationship with Bartl, however, it is believed to be for the content of his video only.

Bartl and Amanda have been in a relationship for nearly three years. In these three years as a couple, they have spent lots of time together. Even more, they have been on vacation for a number of times. Bartl frequently shares their photos from their romantic trips to his social media fans and followers.

However, he has never shared his plans to marry Amanda anytime soon. On the other hand, Amanda hasn’t spoken about her wedding plans as well. So as for now, we can say there is no wedding bell for the couple in 2020.

Who Is Jilly Anais? Her Relationship With Boyfriend Deshaun & Past Affairs