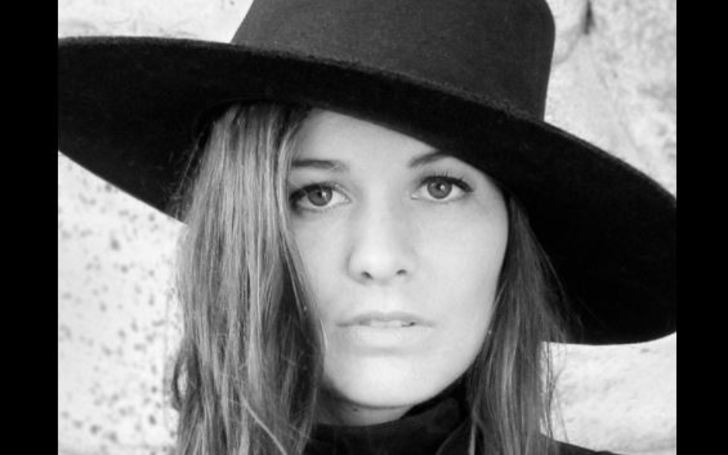 Carly Ritter is the daughter of the late actor, John Ritter and his former wife Nancy Morgan. Her parents were together for almost a decade. Both Ritter’s father and mother hail from an acting career, though, she herself decided to pivot to music and not just any genre, the traditional and folk ones.

In fact, Carly had even managed to gain some attention at the beginning phase of her musical journey. However, since the start of the late 2010s, Ritter transitioned into a somewhat of a has-been celebrity.

So, has she really dropped her music career? Is she all a normal face now? Also, how is she doing personally and professionally? Catch all this in the ensuing details.

Carly Ritter Is From Actors And A Musician Family

Likewise, her paternal grandmother, Dorothy Fay, was an actress mainly known for her appearances in Western movies. Some of them are Frontier Scout (1938), Song of the Buckaroo (1938), Sundown on the Prairie (1939), Rollin’ Westward (1939), and Rainbow Over the Range (1940).

Ritter Is A Graduate Of Vassar College

She did her junior year in Scotland at the University of St. Andrews. In college, she took a lot of visual art classes and classes in music and art history but she actually majored in Religion.

Carly’s biological parents, John and Nancy married on October 16, 1977. Nancy at the time was a struggling young actress whose credits included appearances on Lucas Tanner, Medical Center, the mini-series, Backstairs at the White House, and the feature Grand Theft Auto. Carly’s nesters would remain married to each other for 19 years divorcing in 1996.

Carly has an older brother Jason Ritter. Jason has roles in films and shows like Gravity Falls, Raising Dion, Frozen II, and Freddy Vs Jason.

In the same way, Carly’s other brother, Tyler, her younger, is also into acting and has credits in shows such as Modern Family, Grey’s Anatomy, Agents Of Shield, NCIS, The Good Doctor, among others.

One of Her Half-Sibling Is A Transgender

Fun Fact: Carly was the first to know about Stella’s gender after Yasbeck and John.

Carly Ritter Is A Country Singer

The Vassar College graduate has launched a few singles of her own, especially in the Country genre. Her songs are available on YouTube under her channel, Carly Ritter. It includes singles like It Don’t Come Easy, Storms On The Ocean, Oh Farmer, Princess Of The Prairie, The Lamb, and so on.

In 2013 she released her debut album titled Carly Ritter.

There were reports that the folk music lover was going to release her next album in September 2015, though the news never developed any further.

Growing Up Carly Didn’t Know Much About Country Music

Ironically, Carly’s father, John never liked country music and didn’t even give much exposure to his daughter and other children to it. It was because he had gotten his fill of country music during his own childhood; not to mention his father (and Carly’s grandfather) was seminal country singer Tex Ritter.

The former student of Crossroads, nonetheless, found the music on her own and later decided to pursue a career out of it.

How Did Carly Get Into Music?

It was Joachim Cooder, a drummer and the son of veteran guitarist, Ry Cooder who after seeing and listening to Carly’s songs decided to bring her into his group. Joachim and his wife, Juliette Commagere, and Ritter had gone to the same high school, Crossroads.

Carly says her inspiration to become a folk and country artist came from her listening to old ballads while in Scottland.

“That was a special time for me. I was getting exposed to these old ballads, and the imagery was strong, heartbreaking, haunting, and beautiful. At that point in my life, it really struck a chord, and so, when I came back, I spent my last year of college in the basement of the music library scouring sheet music for all these old folk songs, spirituals, blues, and country songs,”

The second child of Johna and Nancy had been playing classical piano and harp since she was little but says it was the guitar that really inspired her.

She once confessed becoming a UN ambassador was another dream of hers.

Ritter Lost Her Father To Misdiagnosis

Carly’s father was just 54 when he collapsed on the set of 8 Simple Rules…for Dating My Teenage Daughter. The California-born actor began feeling very ill on the set and started sweating, vomiting, and complaining of chest pains.

They rushed him to the Providence Saint Joseph Medical Center, just across the street. The doctor blundered away his diagnosis and instead treated him for a heart attack. John would lose his life on the table hours later on September 11, 2003.

Although the reports afterward claimed undiagnosed aortic dissection as the primary cause of death, there were still some stones that had been left unturned.

Roughly a year after Ritter’s father, John’s sudden demise, his widow sued the doctors and Providence St Joseph Medical Center in 2004, claiming her husband died because they wrongly treated him for a heart attack instead of the torn aorta.

An attorney for the Ritter family, by the name, Moses Lebovits, in his opening remarks, reported to the court the doctors failed to do a chest X-ray for Ritter. Lebovits at the time explained how this move would have discovered the torn aorta and possibly save the life of the comic actor.

However, the defendant for the radiologist, Matthew Lotysch, and for the cardiologist, Joseph Lee argued that John had arrived at the hospital in grave condition. They stressed that their team did everything they could to keep him alive.

In the end, the Ritter family reportedly settled their plea against the hospital and several other defendants for an apparent sum of $14 million.

Four years later, Carly’s step-mom, John’s widow again filed a lawsuit for $67 million, an amount she had originally claimed her husband would have earned over his lifetime. Yasbeck specifically made the ER’s cardiologist and a radiologist her target. The concerned professionals had administered a body scan of her spouse, two years prior to his death.

Carly Ritter Had A Gene Test?

After knowing how the cause of her husband’s death had to do a lot with his genetics and a subsequent misjudgment, the Wings actress, Yasbeck took a revolutionary approach to save her children, including John’s kids from his previous relationship — from meeting the same fate.

It was around Feb 2010 when Ms. Ritter began working with Dr. Milewicz and her UT-Houston team to study the genes that led to her spouse’s death.

The Splash Too actress and her team of specialists convinced tens of thousands of people to collect their gene samples and see if they were prone to the same conditions as her late husband. After a thorough study, the results showcased and isolated four of the genes that had a relation with aortic aneurysms.

Among the subjects were also Yasbeck’s daughter Stella and John’s three older children. Their results, however, were never disclosed.

Carly Ritter Is Involved With Lots Of Philanthropic Activities

Carly’s now deactivated Facebook page once showed she was in several philanthropic and community activities all over the world. It included fundraising for the Huntington’s Disease Society, Meals on Wheels, planting an olive tree in Beirut with family members of 9/11 and the Lebanese Civil War victims. Additionally, she worked with children in Haiti.

She also volunteers periodically at Comfort Zone Camp, a camp for kids who have lost a parent or sibling.

Who Is Carly Ritter’s Husband?

The Princess Of Prairie singer is married to Tim Rappold. They had their wedding on April 22, 2017. Ritter’s husband is from Mettmann Germany. Together Tim and Carly share a daughter, Aria. It though is believed, the pair are parents to two more kids.

When last reported the couple used to reside in Oakland, California.

Nancy Morgan, the artist’s mother last shared Carly’s picture taken with her husband and their daughter in September 2017. The family of three were strolling through some streets of Mettmann.

Carly’s spouse, Tim is a data scientist and team leader with 10+ years in San Francisco Bay Area. He has been working as a senior data scientist at Apeel Sciences since January 2019. Assuming his LinkedIn profile, Rappold with Ritter and their daughter live in Los Angeles, California.

What Is Ritter Doing Now?

Again according to her now-deceased Facebook page, Carly had announced that she was going to quit her solo career and would work alongside her cousin and other musicians in the band B-Western. There, though, haven’t been many updates from her musical pursuits yet.

Unlike her father’s fortune, Ritter’s net worth is a stone that is yet to be turned and studied. Although, a good country artist, her fame hasn’t quite garnered that much of media’s attention at least not to an extent where the sources might have bothered to know even the approximation of her monetary gains.

There’s a good possibility she must have inherited some portion from her late father’s multimillion career earnings, but as it appears it will be quite a while before Carly decides to go on talking about her own financial details.