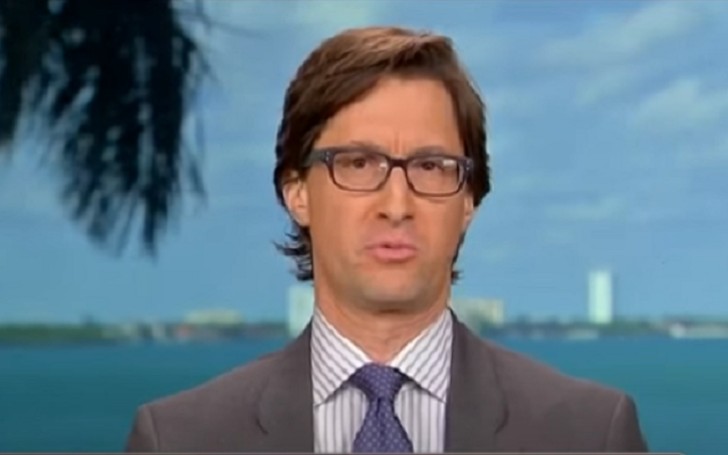 Jonas Max Ferris is an investment advisor with vast experience in the field of economy. He currently serves as a Fox News economic analyst. He is also a panelist on Cashin’ In, a Fox Business’ Channel stocks and investment news program. Moreover, Ferris is the co-founder and president of Maxfunds.com Inc. in Ann Arbor, Mich.

Along with a number of professional endeavors that Ferris has pursued, the Fox News contributor has also been leading a wonderful marital relationship with his wife Dagen McDowell. Does the couple have any children?

Let’s find out everything about Jonas in the following article!

Both of his parents are artists. He grew up in his hometown of Southfield along with his family.

As far as his ethnicity is concerned, Jonas is Caucasian and belongs to the American nationality.

Where did Jonas Max Ferris go to College?

Ferris went to Manhattanville College in Westchester County, N.Y., graduating in 1993. He later worked for a small fund firm, Bull & Bear. In the meantime, Jonas was also the marketer and securities analyst for American Heritage.

After working with the financial advice program for some time, Jonas left it for an advanced degree, graduating from the University of Georgia Business School in 1997.

He later became one of the crucial members to launch the Third Millennium Russia Fund in October 1998.

What Does Jonas Max Ferris Do?

Jonas is an experienced economist and an investment advisor. He serves as an economic analyst for Fox News. Also, Ferris often appears as a panelist on Fox Business Channel stocks and investment news program called Cashin’ In. He joined the program back in 2002 and it’s been nearly two decades that Ferris still works for the Cashin, showing expertise in stock markets and several other financial aspects. Moreover, the financial advisor also writes financial investment and advice columns for the prestigious New York Post.

Besides, Ferris is the co-founder and president of Maxfunds.com Inc. He formed the company located in Ann Arbor, Mich along with his University of Georgia classmate Jason Burr. The site gives financial advice and finance-related information to a number of its customers.

On the other hand, Jonas likewise appeared in numerous TV shows like Money with Melissa Francis, The Willis Report, and Your World w/Neil Cavuto, The Cost of Freedom, and more. He worked for Kennedy Live from 2019-21.

The couple tied the knot back in 2005, in a low-key wedding ceremony in front of their family members and close mates. According to online tabloids, Jonas Max Ferris’ wife bought her wedding dress at Kleinfeld Wedding Emporium in Brooklyn.

The couple was in a relationship for over a couple of years before they wed in 2005. They met for the first time when both of them were on the show Cashin’In. Jonas told Fox Business that the two did lots of arguments on the show,

“We were sort of handpicked- At least I think I was handpicked, I don’t know about Dagen- To basically argue in a mutual fun faceoff on the show… cast to because of our argumentative nature.”

Dagen opened up in the same interview that she was still married to her first husband when she came across her future second spouse on the show. It was only after their divorce that Jonas and Dagen came across one another. However, any other detail about her first hubby has still been entirely private.

Besides, they don’t have any children. Jonas and his spouse Dagen adopted a chihuahua named Ramon.

Dagen went through a few odd jobs before being involved in the world of journalism. She was once a dressing room attendant. She also used to sell beer at a golf course.

But, as of now. Mcdowell is an anchor and analyst on the Fox Business Network. She also serves as a business correspondent for the Fox News Channel.

His net worth is $5 million as of 2022. He has earned such a considerable figure from his various finance-related works. He also receives a good amount of salary.

Moving towards his physical health, he doesn’t have any issues so far. He himself has not said anything about his health condition.

Other Facts of Jonas Max Ferris