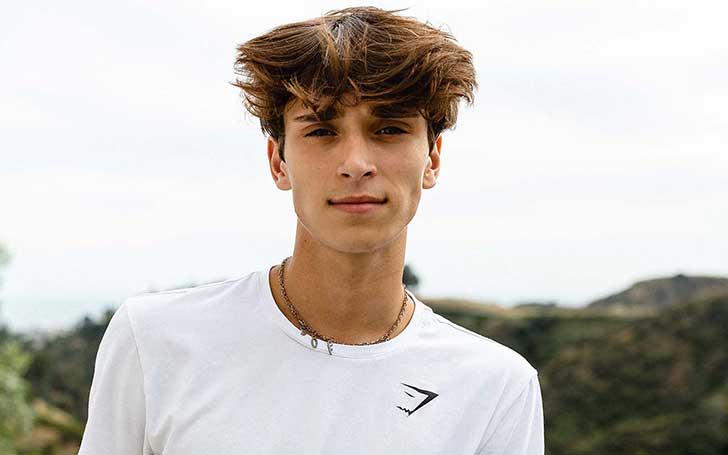 Josh Richards is a Canadian TikTok star and actor. After he grabbed an initial success on TikTok, Richards went on to establish himself as a YouTuber as well as an Instagram personality. Lately, the 18-year-old rising star got into the limelight for his relationship with TikTok star Nessa Barrett.

After over six months in the relationship, Josh Richards and Nessa Barrett broke up in June 2020. What was the reason for their split? Let’s find it out here.

Josh Richards and Nessa Barrett Broke Up-What was the Reason?

Richards and his girlfriend of over six months, Barrett announced their breakup through a YouTube video, titled “We Broke up,” on 18th June 2020. The video posted on Josh’s self-titled YouTube channel showed the ex-lovebirds sitting on the floor facing the camera.

“So, basically Josh broke up with me,” Nessa said at the starting of the video. She went on to say they decided to separate so that they could focus on themselves and their career. She said further:

“We did long distance for over a year and it was very public so I guess we didn’t really understand the severity of it.”

Meanwhile, Josh said they kept their romance private for a couple of months considering the uncertainty of their relationship. He added that he and Nessa decided to confess their breakup publicly after rumors about their relationship started swirling on the internet.

In the video, Josh emphasized that they were seriously in a relationship, however, there are no hard feelings after the breakup. Moreover, he said they would remain friends after the split.

Josh and Nessa Barrett were speculated to be an item for a while before the former announced his relationship on Instagram in January 2020. Back then, Josh shared their photo that shows Barrett sitting on his lap. He wrote “Mine.❤️” in the caption.

Nessa had also announced their relationship through her Instagram, however, she deleted her account soon after the announcement. Meanwhile, Nessa reopened an Instagram account and posted a sweet couple photo with a caption “Mine forever.”

They Started Dating in October 2019

As a fan asked when they started dating, Richards answered they first went on a date on October 19. Meanwhile, one of their fans asked them why they kept their romance secret for so long.

Answering the question, Josh said that he was the one who wanted to keep their relationship off the media because he wanted to make sure Nessa was as serious as he was.

He added that he knew he wanted to be with Nessa, however, he didn’t know “if she wanted that too or it was just a fling.”

On April 19, 2020, Richards took to his Instagram to announce he and his then-girlfriend Nessa had completed six months as a couple. Josh shared a couple of their photos along with Nessa’s single and a short clip featuring the couple. In the caption, he wrote:

“Happy 6 months mamas❤️ You are my everything and more. Janesa Barrett, I love you.”

6 months ago I made the best decision of my life and asked this girl to date me. I don’t know why she said yes but somehow I convinced her. Happy 6 months mamas❤️ You are my everything and more. Janesa Barrett, I love you.

Who is Josh Richards Girlfriend? Is He Dating Anyone after the Breakup?

As of late June 2020, TikTok star and actor Josh Richards is single. He is not known to be dating anyone after he had a breakup with his ex, Nessa. Since the young star is candid about his lifestyle on social media, we believe he would share about his girlfriend if he gets into a relationship again in the near future.