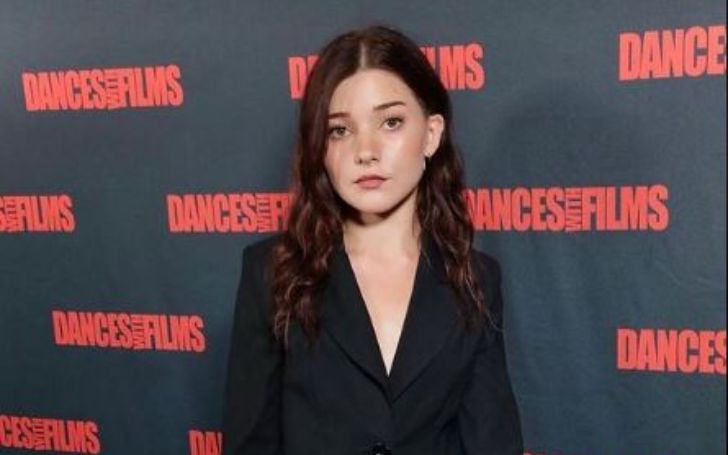 Katie Douglas is a Canadian actress who, although young, is far from a newcomer in Hollywood thanks to a sizeable resume including several movies and TV credits.

Douglas, who rose to wider fame from her roles as Abby in Ginny And Georgia, has been seeing increased attention for some years now. Katie started young at age six and in some way she’s been part of the buzz for enough span so much so that people are already starting to delve into some other facets of her life, and in this case, her love life or her boyfriend.

Speaking of which, the actress recently was linked to the Wednesday actor, Percy Hynes-White with some however claiming they are already done. The curiosity around it has been steaming for some time now. But what’s the truth beneath? Unravel that in the following write-up.

In recent times, Katie received strong questions all asking if she was in a relationship with the Wednesday actor and fellow Canadian performer Percy Hynes-White. And to be honest, there were several romantic hints that the two had caused in the past.

While there are some suspicious tweets and pictures, the actress has never given a definitive answer as to what really was going on between her and Hynes White behind the scenes. Both did pretty well in keeping their off-the-camera life closeted.

However, according to some groups of fans, the somewhat theorized somewhat-could-have-had relationship between Katie and Percy has already ended. In fact, as per some hooked fans, Katie had answered she was single during one of her Instagram q&a’s which reportedly was shortly after the emergence of her and Hynes White breakup rumors.

According to one such TikTok short, Katie and Percy broke up in April 2022. Whatever the case, the relationship was never a public one.

The supposed ex-boyfriend of Douglas, Hynes-White has had roles in films and TV including Our House, Age Of Summer, Pretty Hard Cases, Edge Of Winter, and The Gifted.

Since his chapter with Douglas ended, White has once again prompted relationship rumors only this time, the supposed partner is his Wednesday costar Jenna Ortega. The duo also showed very captivating on-screen chemistry in the recent Netflix series.

But the real implications that gave seriousness to this theory was when Hynes White posted a collage on his Instagram wherein the actor and the Wednesday lead star displayed some close affection for each other. The buzz whether they are dating or not has been strong ever since.

However similar to Douglas and White paradox, the question of whether the latter is really dating Ortega is a hardline obscurity. Although fans are portraying the co-stars as a dream couple, there hasn’t been a single sign of flirtatious dynamics between them so far.

Katie Douglas Is Becoming More And More Famous On Instagram

In addition to her scores of acting credits, Douglas has an accelerating reach on Instagram. At just 24 years old, Katie already has more than half a million people subscribing to her image-sharing account. While several of the posts are abstract in nature, her moblog is still scrollable with a multitude of pictures including behind-the-scenes content of her acting work.

Does Katie Douglas Social Media Say Anything About Her Boyfriend?

Exclusively telling from her social media, Douglas doesn’t have much of a story in this regard. While she gives her internet fans a series of her pictures, the story behind closed doors is something that Katie has been keeping under wraps.

However, there is but one name that seems worth mentioning in this respect. It appeared back in 2017 when Douglas posted a rather cryptic yet subtle image on her Instagram which the actress still hasn’t taken off. While the boy (Dan Schnurr) in the picture could be any random person from her close circle, the actress’s caption for the image also doesn’t rule him out for one of her rumored ex-boyfriends.

As such the inscription that came along with the picture said,

Although it was a few years back and the supposed couple very well may have broken up since, Douglas, as mentioned, still hasn’t deleted the post. Furthermore, Dan and Katie still follow each other on Instagram. Dan, whose Ig is private, apparently graduated from the University of Ottawa, class of 2020.

As for now, Douglas who is around five foot tall appears to be all single and choosing to stand on her own, at least for the time being (seemingly). But then again, only time will tell what’s cooking up in her DMs regarding the very issue.

Despite having appeared for several interviews and being quite up-front on socials, Katie is yet to spill the beans on who her romantic interest is or was. The ABCs of her relationship affairs, honestly, has been purely a premium matter.