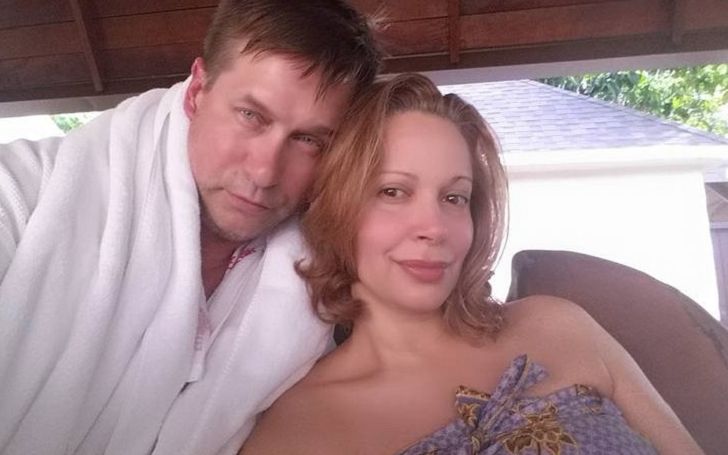 Kennya Baldwin ((aka Kennya Deodato Baldwin) is better known as the wife of actor Stephen Baldwin. One of the long-lasting couples, Kennya and Stephen’s marriage has spanned over three decades.

Despite their enduring marriage, the duo had also faced a lot of ups and downs in the past, including her husband’s bankruptcy in 2009. But the strong connection and the support they had have always helped them out to overcome all the adversities. On the other hand, Kennya and her long-time hubby Stephen both are devoted Christian and the duo also believed that God helped them during their low times.

Besides, Kennya shares two children with her husband; one of them is Hailey Baldwin, a supermodel who is now married to a Canadian pop star Justin Beiber. Well, in the following article, we will also talk about what is Stephen Baldwin’s wife Kennya doing at present? and many more facts. Let’s get started!

Who is Stephen Baldwin’s Wife Kennya Baldwin? All About Her Professional Career

Kennya is a graphic designer and an artist from Brazil. As per sources, Stephen’s wife started working as a designer in New York City.

Besides, Stephen is also better known as the youngest of the four Baldwin brothers named Alec, Daniel, and William. All of them have forged a fantastic careers in the show business.

Who Are Kennya Baldwin Parents? Her Father is a Legendary Bosa Nova Artist

Kennya Baldwin is the daughter of Eumir Deodato and Mary Ellen Deodato. Her father is a famed Brazilian musician who is also known as a pianist, composer, and arranger. The multi-talented artist got three nominations for Grammy Awards, winning one Grammy for Best Pop Instrumental Performance in 1974.

Furthermore, Eumir has tried his hands in various musical genres such as rock, disco, classical, and Latin as well.

While Kenny’s father is quite a recognized face in the media, her biological mother has remained entirely out of the media. Once, Deodato posted a photo of her mom along with her cousin on Facebook.

After Kenny’s dad Emuri’s divorce from her mother, the multi-faceted artist went on to marry his second wife Mary Ellen Deodato (Kenny’s step-mom). Mary, a University of Buffalo graduate later became the Vice President at Tribeca Park Music and promoter of her then-hubby.

The loving duo was still together when Mary died on April 9, 2021, in Orange Park FL. She was 50 at the time of her demise.

The celebrity-spouse grew up with her two siblings; Karema Almeida Park and Cassius Almeida. Her sister Karema now lives in Sandisfield, Massachusetts.

Kennya Deodato was born on 24th October 1968, in Brazil. She spent the majority of her early years in her home country but later made her move to New York.

Upon moving to New York, Kennya attended York Preparatory School. She then went on to enroll at Parsons School of Design and earned a degree in Graphic Designing.

Baldwin has dual citizenship Brazilian and American. Her ethnicity is Brazilian.

Kennya is the Longtime Wife of Stephen Baldwin: When did they get married?

The couple first came across when Kennya had just started out her career as a graphic designer in New York. To be more precise, they met in a subway in 1987. The pair subsequently started going outs and gradually that all blossomed into an undeniable romance.

Kennya and Stephen were in a relationship for three years before they tied the knot on 10 June 1990. They exchanged their vows in a low-key wedding ceremony.

It’s been more than three decades that they are in a marital relationship and their marriage is still going strong, despite the adversaries the duo faced in the past.

She Stood By Her Husband’s Side All Through His Bad Times: Their Bankruptcy

One of the iconic couples in the entertainment industry, Kennya Baldwin and Stephen have had the fair share of their struggles throughout their marital bliss. Back in July 2009, the actor filed for bankruptcy protection claiming the debt amounting to over $2.3 million.

A month ago Stephan filed for insolvency, his foreclosed house in Rockland County, New York was auctioned. The 1.4-acre home which was valued at $515,000 went on bidding after the actor and his wife Kennya failed to pay an $824,000 mortgage.

Despite all the struggles Kennya was her husband’s rock. At times, when people tend to show their true color his wife depicted that Deodato will never leave Stephen’s side.

On the other hand, Baldwin was once also rumored to be dating Ruth Perez Anselmi, a masseuse. But, the actor later denied the speculations.

Kennya and Stephen welcomed their first child, a daughter named Alaia Baldwin on January 23, 1993. Alaia who has been married to a music producer Andrew Aronow is a budding model. She worked for D’Management and The Squad.

Their second daughter Hailey was born on November 22, 1996. She is a successful model who has already worked for many big brands such as Guess, Ralph Lauren, and Tommy Hilfiger.

But, Hailey gained tremendous attention following her marriage to Justin Beiber. The power couple was first in a short-lived relationship from Dec 2015 to Jan 2016, before they rekindled their romance in May 2018. They soon got engaged in July of the year and married in late 2018.

Besides, Kennya is also the grandmother of one kid from her older daughter Alaia’s marriage with the music producer Andrew.

She is an Ardent Christianity Follower

Kennya was a devout Christian from very early but her interest became more liberal upon moving to the United States. She rediscovered her faith once again when she and her husband Stephen hired a Christian nanny from Brazil to take care of one of their daughters. And a nanny enriched the same religious belief that Kenny had long forgotten ever since that she moved to the United States. Kennya eventually started attending a Brazilian church.

Later on, her husband Stephen who was raised in the Catholic faith also rediscovered his religious faith. He was baptized at the evangelical church in upstate New York. The couple now considers themselves as “Born-Again Christians.”

Back in August 2004, in an interview with Baptist Press, Baldwin said that God also helped him out to be a good father and husband.

“And I couldn’t do that unless I had some understanding of what God’s will was for me. And again, I only have that understanding because I know what it’s based on, which is the Bible, and I read it every day.”

The adorable couple now resides in the village of Nyack, New York.

Who Is Juanita Vanoy? Inside The Life Of Michael Jordan’s Ex-Wife