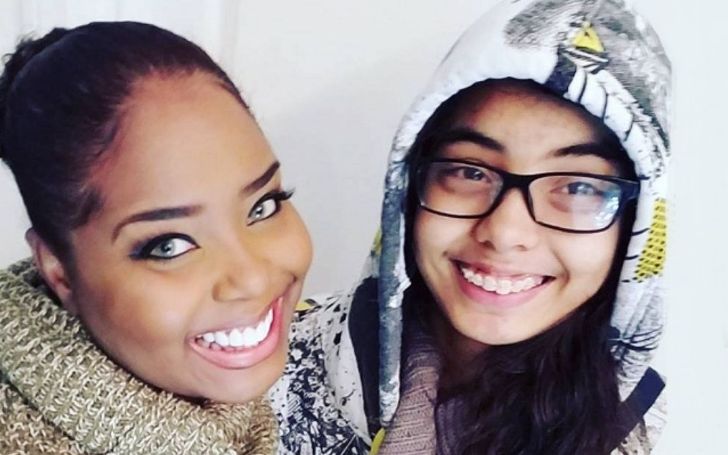 Kori Madison Federline is the celebrity child born to Shar Jackson and Kevin Federline. She is also known for her appearance in the TV series documentary series E! True Hollywood Story. Her mother is a well-known actress and singer known for her role as Niecy Jackson in Moesha. Likewise, her father is a rapper, model, and former backup dancer.

Besides, did you know Kori’s mother was pregnant when her father abandoned her? There are a lot of things that people don’t know about her personal life. Similarly, people are also curious to know facts regarding Madison’s age, her relationship status, boyfriend, and more.

So, without any further ado, let’s unravel everything there is to know about Kori Madison Federline.

Kori Madison Federline: Details on Her Childhood and Age

The beautiful Kori was born to her mother Shar Jackson and her father Kevin Federline on July 31, 2002, in Yorba Linda, California, the United States. Her zodiac sign is Leo and as of 2022, she is 20 years old.

Similarly, talking about her racial background, the star kid has a mixed ethical background where her mother is of African-American and Puerto Rican descent and her father belongs of white descent. She is an American by nationality.

Kori hasn’t shared any information regarding her education but once her mother spoke regarding the matter saying Madison along with her brother goes to a very expensive private school.

She Shares Multiple Siblings, Who are They?

Kori is blessed with a little brother Kaleb Michael Jackson Federline, who is two years younger than her, born on July 20, 2004. Moving on, she also has two elder half-siblings Cassalei Jackson and Donovan Jackson born to her mother Shar Jackson, and her ex-boyfriend Corey Jackson.

Well, like any sibling, Kori shares a great relationship with all her brothers and sisters.

Kori Madison Federline’s Parents Separated When She Was Just Two

Federline’s father Kevin and mother Shar were engaged to each other in 2001. However, when the celebrity child was two years old, her dad left her, and her mother, who was 8 months pregnant with Kori’s little brother Kaleb to be with the famous singer Britney Spears.

Her mother was too frustrated and couldn’t believe the course of the event, as it was out of the blue. Feeling heartbroken and angry she even blamed Britney for the separation saying,

“It wasn’t like just breaking up a relationship, It was like breaking up a family. I know Britney in passing. We’ve run into each other at a couple of events,” She knows who I am, she knows I’m his girlfriend.”

Kori’s father in the season finale of Celebrity Fit Club, however, apologized to his ex-fiance telling her that he was selfish for what he did and that he is sorry. Shar Jackson accepted his apology and the two remain good friends.

Kori Madison’s father and mother separated back in 2004. However, the actress appreciates her ex for being there for the children. Even though she was angry with him for leaving her, Kevin still supports Shar and in an interview with The Insider, Kori’s mother said,

“He’s such a nice guy, He’s made some mistakes but everybody else doesn’t have the whole world pointing their finger at their mistakes. He does pay for their school, and they go to a very expensive private school.”

Kori Shares a Special Bond With Her Father, Kevin Federline

Even though her are parents separated, Kori Madison along with her little brother loves to spend time with both Kevin and Shar Jackson. The star child is very close to her father. According to the Moesha star Shar, her daughter shares a great bond with her former fiance. Talking about the father-daughter relationship, she said,

“He’s a great dad, and if you said his name right now, Kori would go crazy. That’s the love of her life. He was there for her every minute of her life until, you know, we weren’t together anymore. He did everything for her, so I guess that’s why.”

Furthermore, Kori’s bond with her dad can be seen in a post shared backed in 2018 where they attended the father-daughter dance together. The rapper was even quoted saying,

“So lucky to have all of my girls last Saturday for the father-daughter dance. We had a blast… I love you girls so much”

Kori Madison’s Parents’ Life After They Parted Ways, Are They With Anyone Else?

After the former couple decided to walk down different paths, Kori’s father got into multiple relationships. He left her mother to be with Britney Spears. The pair married in 2004 and gave birth to their two sons. However, the relationship ended in divorce back on  July 20, 2007. Since then the former backup dancer is married to his wife Victoria Prince home he shares two daughters.

On the other hand, her mother Shar Jackson is still single and isn’t in any relationship. However, the singer/actress was previously in a relationship with Corey Jackson from 1992 to 1995, with whom she shares a daughter and a son.

Kori Madison Federline Boyfriend? Is She in a Relationship?

Shar Jackson’s daughter Kori is a very private individual when it comes to talking about her personal life. She isn’t active on any social media platforms which makes it even more difficult to trace her love life.

She is most probably still single and doesn’t have a boyfriend in 2022. Similarly, she is currently focused on her studies. Let’s hope we will get to know who she dates shortly but for now, we wish her the best of luck in her career.

Well, Kori’s mother Shar Jackson is estimated to have a net worth of $500,000. She has been able to gather her fortune mainly from her career as an actress and singer.

On the other, her father Kevin Federline has a total fortune of $1.5 million. He is assumed to have earned the wealth from his career as a rapper, model, and former backup dancer. Further, he also gets $20,000 every month for child support from his former wife Britney Spears.