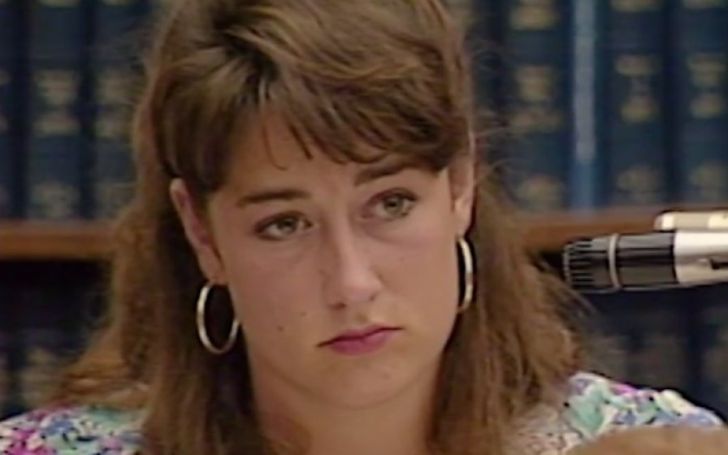 Kim is one of the main people from the time when her mother Betty murdered her ex-husband, Daniel T. Broderick III, and his second wife, Linda on November 5, 1989. Betty would later receive a conviction of two counts of second-degree murder and 32-years-to-life in prison. The case attracted extensive media attention; it got several screen adaptations as well as numerous book renditions.

In more than 30 years since the murders, Dan and Betty’s children have grown up, married, and even have children of their own. Unlike some of her younger siblings, Kim was the one who in the late 1980s remembered her mother and father’s turbulent relationship that eventually culminated in one of the nation’s most talked-about homicide cases.

Read what was Kim Broderick’s take on her mother murdering her father, what she has been up to in the years since, her stance on her mom after all these years, her own marital life, and more.

Her paternal grandparents, on the other hand, were from Pittsburgh, Pennsylvania, and were also Catholics. As for her education, Kimberly went to Big Wood School, a Christian pre-school in Ketchum, Idaho.

What Does Kim Broderick Do Now? Where Does She Live?

Kim is now reportedly a Director at her former school, Big Wood School. She took the role in Aug 2011 and has been working there ever since according to her LinkedIn.

Kim’s siblings include Lee Broderick or Kathy Lee, Rhett Broderick, & Daniel Broderick Jr. Allegedly, Rhett also resides in Idaho but it is unclear if he lives nearby his sisters.

Kim’s other brother Daniel Jr, on the other hand, is a resident of California. Much like his late father, Daniel is a real estate attorney in San Diego, California. He also has a wife with whom he shares three children.

Kim’s father, the late Dan Broderick was a medical student from Cornell and a graduate of Harvard Law School. He was one of San Diego’s most successful plaintiff’s attorneys.

Dan also served as the local bar association president in 1987. Kim’s slain father was a high-flying attorney with an enviable contact list and a pitch-perfect reputation.

Mr. Broderick was a prominent malpractice attorney who was aggressive, persuasive, and cunning–a $1-million-a-year lawyer at the top of his game.

Kim’s parents, Betty Broderick and Daniel Broderick III met in the ’60s and they married in April 1969. After the marriage, they had five children one of which died.

Dan and Betty had their daughters, Kimberly and Kathy Lee when the former was pursuing law on the East Coast. The former couple had their sons, Daniel Jr and Rhett when they were in California.

What Led To The Fall-Out Of Kim Broderick’s Parents’ Relationship?

Dan and Betty’s relationship started to fall by the start of the year 1983 when Kim’s father allegedly started having an affair with his legal assistant and much younger, Linda.

Dan, on the other hand, claimed his and Betty’s marriage started to crumble owing to real incompatibility problems between the two. He said, as per Betty, he wasn’t the good and loving husband he could have been.

Kim’s father, Dan filed for divorce from Betty in Sep 1985. They would then fight for custody and settlements for the next five years. The time span during Betty and Dan’s legal separation was messy.

Amidst that time, Betty spray painted the interior of the $300,000 hillside home she shared with Dan. She also rammed her car into Dan’s front door in addition to leaving obscene messages on his answering machine and defacing court documents.

Betty accused Dan of using legal influence to win sole custody of their children. She alleged her ex-husband sold their house against her wishes and cut her off from her rightful share of income. Betty in her memoir said Dan also manipulated her when it came to her reproduction rights.

Dan apparently also tried to control Kim’s mother by withholding from $100 to thousands of dollars a month from her support payments.

He would dock her for behavior he found inappropriate and also obtained a temporary restraining order for Betty’s violent behavior. In fact, he once even managed to send Betty to a mental hospital for a brief time. Amidst the divorce battle, Dan had full custody of all his children.

What Really Happened The Day Kim’s Mother Killed Her Father?

Dan and Betty’s fight would end bitterly on Nov 5 1989 when Kim’s mother shot and killed her father and his then-new wife Linda at their home in Marston Hills while they were sleeping. Kim’s mother shot the two with a .38 caliber Smith and Wesson revolver.

After mortally wounding Kim’s father and his wife, Linda, Betty faced a trial a year later but the jury at the time failed to reach a verdict. A second trial took place after which the panel found Kim’s mother guilty of second-degree murder and in Feb 1992, a San Diego judge sentenced Betty to 32 years to life.

When the incident happen, Kim was a college student in Tucson Arizona. Betty Broderick now is serving her time at California Institute for Women (CIW); her inmate ID is W42477.

What Were Kim Broderick’s Testimony At Her Mother’s Trials?

Kim was 20 years old when her mother took the life of her father. She testified against her mother at the trial and said she was “frustrated and mad.”

Kim told jurors about her parents’ volatile relationship and Betty’s often violent outbursts. Describing her feelings for her mom at the time, the lawyer’s daughter said,

Kim at the trial added,

“Mom was always kind of weird. Mom would get mad at Dad all the time. Once Mom picked up the stereo and threw it at him. And she locked him out constantly.”

She also shed light on the day when Betty burned Dan’s clothes and the day she threw a bottle at his head and he pretended it didn’t happen. Kim told the jury that her mother said she’d planned to die by suicide after committing the murders, but ran out of bullets on the night.

The school director also said the day when her mother killed her father and his wife, she had phoned her but didn’t cry; her voice only shook. In response to Kim’s statements at the trial, Betty called her daughter a “traitor.”

Kim Broderick Wrote A Book About Her Family’s Tragic Accident

In 2014 Kim wrote a book writing about her own take on her mother’s story. The book is titled “Betty Broderick, My Mom: The Kim Broderick Story.”

It describes the tumultuous relationship between her parents even before the marriage dissolved. In her book, Betty’s eldest child writes she wants the legacy of her family to be one of the strong people that overcame a tragic situation.

Kim Refused To Write In Favor Of Her Mother’s Release

Kim in an interview explained although her mother had asked for a letter recommending her release from prison, she didn’t feel she could grant the request. The mother and daughter’s relationship has remained strained in the years since Nov 1989.

On two occasions, she shared differing views with her siblings about whether or not Betty should be let out of prison someday. In 2010, Kim refused to write a letter in support of her mother’s parole, though her sister, Kathy Lee, and one of her younger brothers, Rhett supported her release.

Even in 2017, Dan and Betty’s first child was against her mother’s parole. Kim, however, is not indifferent to Betty’s situation. She reportedly often sends her mother enough packages.

In her book, Betty Broderick, My Mom, Kim has described what it’s like to visit her mother in prison. She says,

“Outside of my dad being killed, it is the worst heartache and sorrow I could ever imagine.”

During some of the visits, Kim and her siblings were also able to stay together in “family living units” within the prison walls that looked like small cottages. Betty once talking about her kids’ visits, said,

“My kids — being my kids — always showed up with something like $800 worth of groceries.”

Kim Is A Mother; Who Is Her Husband?

Kim is the mother of two daughters. She often shares pictures of herself alongside her girls on her Instagram.

The father of her children is John Piggins. Though it is unclear whether Piggins and Broderick are still husband and wife.

Her Insta, however, tells Kim is a single parent for the time being since she has introduced all of her close ones on the outlet but her husband/partner. She is also yet to talk about her married life.

Is Kim Broderick On Social Media?

Unlike her siblings, Kim is enjoyably and publicly active on Instagram and Facebook as well. From the looks of it, she apparently loves hanging out with her daughters as she almost never misses sharing pictures of her kids. She also occasionally gives shout-outs to her brothers, her sister, and her nieces and nephews.

What Is Kim’s Net Worth?

While there are no definitive figures to represent what her net worth looks like, Kim presumably seems to be doing a little less than first class in terms of materialistic aspects. As such supposing from her socials, she is evidently living quite a pleasant lifestyle albeit nothing posh.

Worth mentioning is she did inherit a somewhat heavy value when her father died in Nov 1989. There are also those book sales and TV projects money to consider when divulging her avenues of monetary revenues.

In the Netflix series version of Dan and Betty’s story, the Black Christmas actress Lily Donoghue plays the character Kim though as Tracy.