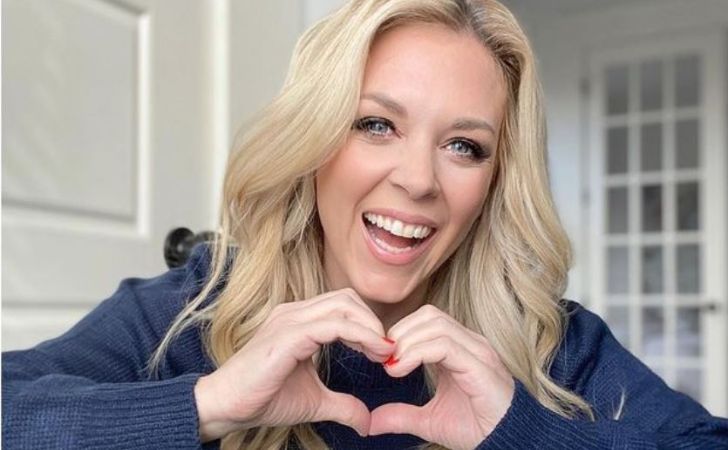 Starting out as a country music singer, Kortney Wilson has come a long way in her professional life. At present, she leads a successful career as a singer, actor, designer, and TV presenter. Besides, she is also widely famous for her real estate show named Masters of Flip, where she appeared along with her ex-husband.

Though Kortney is pretty much accomplished professionally, her marriage to her ex-husband Dave Wilson couldn’t succeed. Besides, she also has beautiful children from her marital relationship.

In this article, we will talk about Kortney’s parents, age, height, and much more interesting detail!

A successful actress, singer, and designer, Kortney Wilson was born Kortney Galerno, on February 8, 1979, in Windsor, Ontario, Canada. As of 2021, she is 42 years of age.

She is the oldest daughter of father Ken Galerno, and mother Karrie Galerno. The actress also has three younger siblings, but she has not revealed their names.

Though Galerno was born in Windsor, she spent most of her childhood in Sudbury. When she turned 13 years of age, her parents moved to Kitchener, where she spent a large part of her life as well.

While she has now established herself in various professional fields, she began her career at the age of 15. In 1994, she had already performed with Royal City Musical Productions in Guelph.

A few years down the line in 1998, she signed several contracts. She reportedly signed a publishing deal with Scream Music Publishing in Nashville, & a management deal with Scream Marketing and Christy DiNapoli. At the time, she worked with Reba McEntire.

By 2001, she has released two singles Don’t Let Me Down, & Unbroken by You. Her single Unbroken by You became hugely successful reaching the top 50 list. Besides, she has also made numerous appearances on an American soap opera One Life to Live. Apart from that, she has also written several songs, including Ryan Tyler’s single “Run, Run, Run,” which was released in 2003.

She Is a Successful Real Estate Professional

Apart from music, Kortney is also into real estate. She and her ex-husband Dave got an idea of getting into the profession after they sold their house for a profit of $30,000 after a cosmetic renovation back in 2006.

Soon after that, the former couple started a business flipping houses while still continuing their music career. Just 2 years into the business, Kortney got her real estate license. Eventually, in 2015, she along with Dave began a reality series named Master of Flip, which dealt with buying, renovating, and flipping houses.

They ran the show for four seasons. After the end of the series, Kortney went on to produce and host a new HGTV series named Making it Home with Kortney and Dave.

Apart from these, she has also been part of several other TV shows like Music City Fix, Home to Win, Game of Homes, & others.

Kortney Wilson Was Married To Dave Wilson In The Past

Well, the beautiful Kortney Wilson was married to Dave Wilson. The couple reportedly married in around 2005, in a small wedding ceremony.

Kortney and Dave met for the first time back in 2000, during his songwriting trip to Nashville. The duo clicked right in their first meeting and eventually began dating. Well, they dated for over four years before they finally decided to tie the knot.

While they are no more together, the former couple shared a great relationship as a couple. Like we mentioned earlier, they even ran a few businesses together.

Why Did Kortney Divorce Her Husband Dave?

As we said earlier, Kortney and Dave were together for over 18 years and married for around 14 years. But despite all these years of togetherness, they decided to call off their marriage.

She announced her separation from Dave on December 20, 2019. She made the announcement via an Instagram post. While they have not revealed the reason behind their split, it looks like they have split amicably due to some irreconcilable differences.

The former couple has filed for a divorce which is yet to be finalized.

Kortney Is a Mother of Three Children

The beautiful Kortney Wilson is a mother of three children. While her sons, Jett and Sully are her biological children, born from her marriage with Dave, Lennox Esmee is her adopted daughter.

Well, she shares a great relationship with all her children. In fact, she often shares their photos on her Instagram, which clearly reflects the love she shares with her kids.

Though she has filed for a divorce from her spouse, they still take care of their children together on mutual understanding.

How Much is Kortney Wilson’s Net Worth?

Like we said earlier, Kortney has had multiple professional careers and she undoubtedly earns a big amount as her salary. But what is her net worth? Well, her exact net worth at present is unavailable, however, we can estimate it to be in millions.