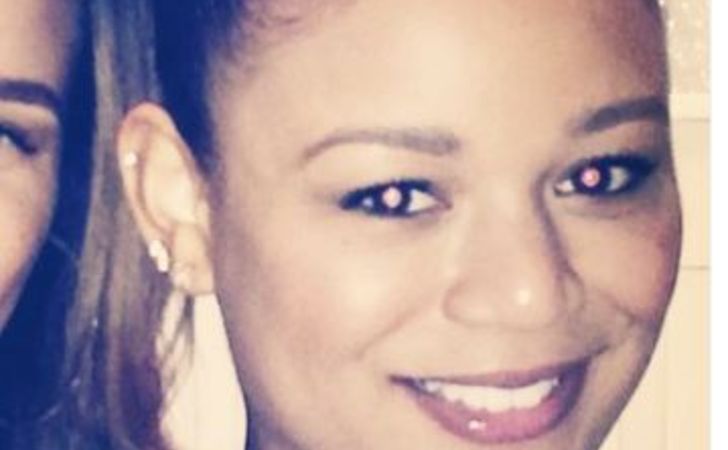 Kyla Wayans is the youngest daughter of American comedian Damon Wayans. Besides having a humongous recognization of a star kid, Kyla is also an actress. She is primarily known for her work in the sitcom My Wife and Kids, where she appeared alongside her father.

Unfortunately, Kyla’s mother Lisa, and father Damon have already separated. However, she still apparently shares a great relationship with both her parents. Besides, Kyla also has three other siblings, two elder brothers, and an elder sister as well.

Apart from this, what about her love life? Is she married? If yes, then who is Kyla Wayans’ husband? Here are some interesting details about her career, net worth, and a lot more.

The beautiful Kyla was born in 1991 in the United States. The 31-year-old is the youngest daughter of Damon Wayans and his ex-wife, Lisa Thorner.

A camera-shy Kyla is a very private person and barely comes out in public. Though she has not bothered to reveal much about her early day, we know the fact that she is the youngest child in the family.

Besides, her height is 5 feet 6 inches.

Kyla Wayans Parents Divorced When She Was Nine

Her parents Damon Wayans and Lisa Thorner divorced in 2000 when Kayla was just a nine years old kid. The couple filed for divorce on 25 August 2000, citing irreconcilable differences.

While their divorce was finalized later that year, Lisa and Damon had already been living separately since May 21. Since the separation, Mrs. Wayans had been living in her Beverly Hills, California home, along with her children. Likewise, Damon lived in his Santa Monica, California home, as per the court documents.

I swear we were having fun at a #mywifeandkids wrap party lol! My youngest❤️ #flashbackfriday #fatherdaughter

Her parents had married back on April 24, 1984, almost 2 years after the birth of their eldest son Damon Wayans Jr.

She has three elder siblings, two brothers Michael Wayans, Damon Wayans Jr., and a sister Cara Mia Wayans. Unlike her other siblings, she has barely made any public appearances.

While her oldest brother Damon is 38, Michael and Cara are 36 and 34 years old, respectively, at the time of writing this article.

Her Elder Brother Damon Wayans Jr. Is An Actor

Her elder brother Damon Wayans Jr. is also an actor. Starting with the 1994 film Blankman, he has appeared in over a dozen movies and TV series.

Some of his successful movies include Dance Flick, Someone Marry Barry, How to Be Single, Trouble. In 2020, he appeared in Love, Guaranteed. A year after, the actor popped up in the 2021 film Barb and Star Go to Vista Del Mar.

Besides, Michael also has a daughter with his girlfriend, Vanessa Simmons.

Besides, her sister Cara is also a writer and producer. She is a graduate with a bachelor’s degree from the University of California.

Back in January of 2013, Kyla’s father Damon was diagnosed with type 2 diabetes as per the reports by Tmz. The comedian even had to drop several pre-scheduled shows due to complications related to Diabetes.

In an article published in February of 2015, TMZ reported that Damon dropped six shows scheduled for March in Buffalo, New York.

Like we mentioned above, Kyla is an actress but she has barely appeared in a few movies & TV series. As per the reports, she appeared in an episode named ‘The Truth Hurts’ in the 2001 TV series My Wife and Kids.

In the series, she played the character named Nicole along with her brother Damon Jr and Mike, who are the recurring characters.

Besides, her uncle Keenen Ivory Wayans also played a character named Ken in the first episode of the series.

Does Kyla Wayans have a husband? Her Love Life

Very little is known about Damon Wayans’ daughter Kyla’s romantic relationships. Though many are curious to know about Kyla Wayans’ husband, she does not seem to be married yet.

Also, there are no confirmations on whether she has a boyfriend. Well, at present, it is safe to say that 31 years old Kyla is single.

Hopefully, she will soon talk about her love life and relationships in public.

There is the confusion that Kyla Wayans and Kyla Pratt are the same people, which is untrue. The confusion began because of the same first name and the same field of profession.

But Kyla Pratt is the daughter of Kecia Pratt-McCullar and Johnny McCullar. She has appeared in many movies, including Fat Albert, Hotel for Dogs, and The Proud Family Movie.

Her estimated net worth is $1 million as of 2022. On the other hand, her father Damon has earned a fortune of $35 million. He predominantly makes money from his multiple works in the entertainment industry.

Back in 2016, the stand-up comedian paid about $5.4 million to buy a house in Million Beauty, Los Angeles house.