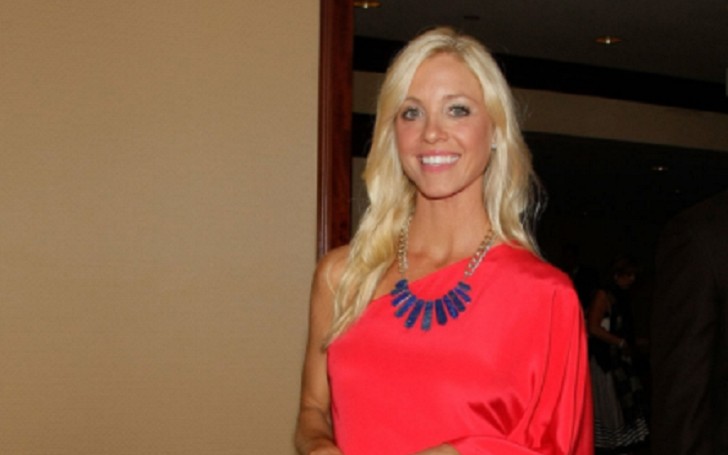 Layla Kiffin grabbed huge attention after her marriage to the American football coach Lane Kiffin. The couple led a wonderful marital relationship for years before separating on mutual understanding. The former flames have three children between them.

Besides, Layla herself belongs to a family of sports. Her father was an American football quarterback who played for several well-established teams including Philadelphia Eagles.

Let’s explore many other interesting facts about Layla!

Who is Lane Kiffin’s Wife Layla Kiffin? Her Family Background

Layla is a former event planner at college. She quit the job after her marriage to Lane Kiffin to solely focus on her family.

Moving towards her family background, Kiffin is the daughter of the late All-American quarterback at Florida, John Reaves. He played 11 seasons in the NFL, becoming a key part of many teams such as the Cincinnati Bengals, Tampa Bay Buccaneers, and more.

Furthermore, John also coached for years before making his move into real estate. Sadly, Reaves passed away at age 67 on 1st August 2017.

The information about Layla’s mother is not available. Layla once told Knox News that her mom wasn’t good at cooking when the interviewer asked her about a favorite family recipe,

“My mom is a wonderful woman, but one thing she is not is a cook. We used to call her Microwave Patti. So unfortunately, I have no family recipes to pass along.”

Does Layla Kiffin Have a Siblings?

Layla has two brothers; David and Stephen Reaves. The Reaves brothers are also involved in sports. David previously worked as an assistant coach under Lane at the University of Tennessee.

On the other hand, Stephen is also a former footballer who played for the Toronto Argonauts as a quarterback.

Where Is She From? Graduated from the University of Florida

Lane’s ex-wife Layla was born on 4th Jan 1975, in Tampa, Florida. She grew up in Tampa with her family. She did her schooling from Bucholz High School, in Gainesville, Florida.

In 1992, Layla went to the University of Florida and completed her graduation in 1996.

How did Layla meet her husband Lane Kiffin?

The couple first came across via Lane’s father Monte Kiffin who was working as a coordinator at the Tampa Bay Buccaneers. In 1999, Lane went to visit his dad and at the same time, his future-spouse Layla was also an event planner at the Buccaneers. That’s how they met for the first time.

They instantly got smitten.

They dated for a year before their Marriage

Lane proposed to his then-girlfriend Layla just after dating for three-month. He reportedly asked his father-in-law John for his permission before popping the big question,

“The receptionist at my office buzzed me and said Lane was here to see me. I thought he was going to say that he was getting out of coaching and wanted a job. Instead he asked if he could marry my daughter. I called her to ask her, ‘Is he serious?’ (laughs) I wasn’t supposed to ruin the surprise. They bought an engagement ring that same day.”

The two exchanged their vows in July 2000.

They share three children. Layla and her hubby Lane welcomed their first child, a daughter, Landry in 2005. She gave birth to their second daughter, Presley in early 2007. Moreover, their third child and a first son Knox was born in 2005.

In an interview with Knox News, Layla told that she never thought about sacrificing her career in taking care of her children and maintaining the family’s schedule. She maintained,

“I loved what I did and was really happy with the way my career was going. But since they have arrived I can’t even imagine working. It’s just not for me. We’ve said we want more (kids), but I don’t know. I’m very happy with what I have right now.”

Her most favorite work at home is cooking for her family. Her kids love pasta.

Sadly, Layle and her husband separated in 2016

“After a lot of careful thought and consideration, Layla and I have mutually decided to divorce. We are fully committed to our kids’ future being our No. 1 priority. We will maintain an amicable relationship with respect for each other as we raise these three wonderful children. We will have no further comments and appreciate respect for our family’s privacy.”

TMZ first broke the news that Layla filed for divorce on 4th March 2016. She asked for the joint legal custody of their children and also asked for spousal support.

Lane later revealed he paid 34.5% of his money to his ex-wife. He said,

“I really don’t make any money. I pay around 52 percent in taxes. Layla gets 34.5 percent in the divorce, and [agent Jimmy Sexton] gets 3 percent. I make [about] 9 percent, and I’m living in Tuscaloosa.”

They never revealed the reason behind their separation but there were rumors the couple split after Lane’s reported romance with Kristen Saban went viral in 2015. But it later turned out to be a hoax.

What is Layla’s relationship status in 2020?

The former celebrity spouse is not dating anyone officially in 2020. Since her divorce with Lane, Layla has never come out with a boyfriend. She is possibly relishing her single relationship status at present.

Layla’s fortune is $2 million. On the other hand, her ex-hubby Lane has an estimated net worth of $6 million. He has mainly earned the money through his coaching career.

Lane Kiffin Was Married In The Past, Is He Dating a Girlfriend in 2020