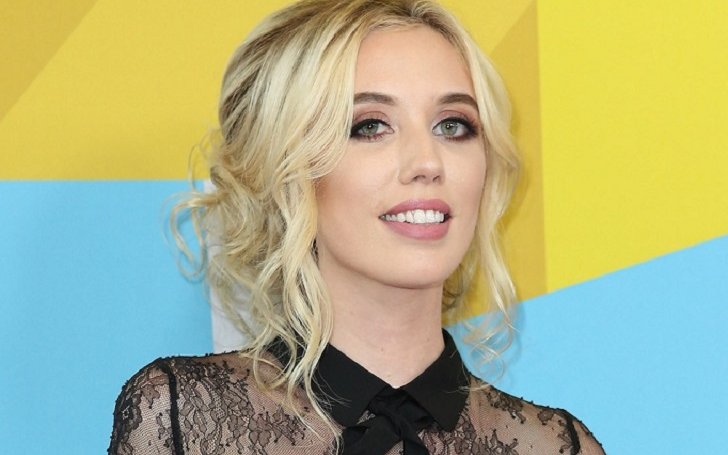 With a signature brand of offbeat and no-holds-barred humor, the comedian Laura Clery initially gained wide popularity through her “trying to flirt” videos.

Her biggest breakthrough came when she created the Facebook and YouTube Video sensation, Help Helen Smash. She promptly started gaining a huge amount of following in her several major social media platforms. She has over 14 million followers on her Facebook.

Along with an already flourished career in multiple respective fields, Clery is also a doting mother of two children with her musician husband, Stephen Hilton. Here are several things that you didn’t know about her!

Laura Clery Wiki: Who are Her Parents?

Clery was born on 22nd July 1986, in Downers Grove, a village in Illinois. On 2nd May 2020, the comedian shared a memory of her parents when they were young on Insta with a lengthy message.

She wrote that her father was just 16 and her mother was 15 when the two first met. They are together for over a half-century and still look much stronger than ever.

Besides the actress holds an American nationality and belongs to the White ethnicity.

Laura’s Older Sister Who Initially Helped Her in Acting

The comedian has an older sister. Clery, in her memory that shared back in August 2015 on Facebook said that her sister initially helped her a lot to pursue an acting career in Los Angeles.

Clery is truly a brave girl who was even fully aware of how dangerous this was but packed her suitcase and flew out to New York with just $40 dollars in the pocket at age 18.

There, the then-hoping actress and comedian initially struggled a lot doing a series of dead-end jobs. But, Clery never thought of giving up, instead invested her entire energy in what she wanted to be. Today, Laura has a great career as a comedian with a mega-fan following in almost every major social media platform.

Clery made a major breakthrough after creating the YouTube and Facebook Video sensation, Help Helen Smash. Helen Smash with a square-jawed and wide-necked cellar-dweller looks quickly made Clery one of the notable faces across the burgeoning social media.

Additionally, the comedian also has over 3 million followers on Insta. Some of her original characters in the videos are Pamela Pumpkin, IVY (the vapid Internet singer), and Laura Flirts. Her most viral video on Youtube was Me Trying To Flirt (Part 1).

Clery initiated her acting journey with the role of Allison Stark in the TV series Til Death (2008-10). The actress also appeared in Disaster Date for a year from 2009-10.

In 2011, Clery worked on dozens of projects like OB/GY Anne, The Trivial Pursuits of Arthur Banks, The League, and A Mann’s World.

The following year, Laura went on to portray Ann in the series 2 Broke Girls. Her other subsequent successful projects include Hungry (2013-14), RideShare Confessions (2015), and Cringeworthy (2016).

Laura is a Youtuber As Well

Who is Laura Clery Husband?

Her husband Stephen Hilton is an English composer and record producer. He is the co-founding member of The Free Association with David Holmes.

Besides, Laura and her hubby Stephen did a number of tours together. They gained wide popularity after their mind-blowing performances during their European tour at numerous major events like Glastonbury, V2003, Kristiansand, and Roskilde.

When Did Laura Clery and Husband Stephen Hilton Marry?

Clery tied the knot with her musician hubby Hilton in 2012, in a private wedding ceremony. It was attended by their family members and close friends. It’s been nearly one decade that the couple has been married and their marital relationship is still going pretty smoothly.

Is Laura Pregnant? A Mother of Two Kids

Clery isn’t pregnant as of 2021. But, the actress unveiled her first pregnancy via Facebook on 15th November 2018.

On November 18th of that year, Clery also uploaded a video titled ‘I’M PREGNANT’. Subsequently, a few months later on January 2nd, 2019, Laura added yet another video revealing the gender of their bundle of joy.

Being a social media personality, Laura documented the whole process of her son’s birth on YouTube.

The family of four currently resides in Los Angeles.

Laura is an Animal Lover

She has rescued a number of abused and disabled animals. She has a one-eyed pug. They have named their puppy Avocado.

Back in 2016, the social media star also rescued some pooches from the slaughterhouse.

What is Laura Clery Net Worth?

Laura Clery has a $1 million net worth according to Celebrity Net Worth in 2021. Clery has racked such a good fortune from her multiple endeavors.

Released a Book Titled IDIOT: Tells All about her Tragic Experiences in the Past

In her first-ever book, Laura shared all the horrific experiences she suffered when she was a teenager. The hardcover version costs $19.61, Kindle $11.99, and Paperback $15.29.