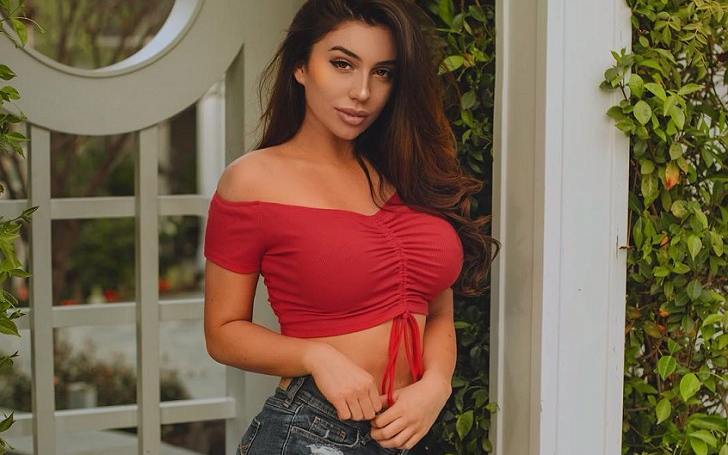 Lauren Blake is an actress and model who is predominantly known as an Instagram model. A Biochemistry Honors graduate, Blake is widely popular on Instagram with over 1 million followers.

Blake’s social media career gained further attention after her photos with Dan Bilzerian went viral back in 2016. Tabloids even claimed Dan was her boyfriend.

Let’s take a close look at Lauren’s life and also find out about her relationships.

Who Is Lauren Blake?

Lauren Blake was born in 1983, in Liverpool, United Kingdom. As of 2022, she is 39 years of age. She spent the majority of her childhood in Liverpool.

Not much information about her parents is known except for the fact that her father has passed away. On the occasion of Father’s Day on 22nd June 2015, Blake posted a photo of her late dad.

Happy Father’s Day to my Bestfriend. Three years without you, but it seems like just yesterday you were here with me. I’m going to do big things dad, just sit back on your cloud and watch me make you proud

Blake revealed in the photo her dad died three years ago.

Lauren holds British nationality. She has a mixed ethnical background. She is of French & Iberian descent.

How Tall Is Lauren Blake?

Talking of Lauren Blake’s height, she is 5 feet 7 inches, which is 1.7 meters.

Lauren, after high school, went on to study biochemistry at college. She also spent eight-year (from the age of 15 – 23) working in hospitals and medical facilities.

Blake initially aimed to be a physician’s assistant and cosmetic dermatology specialist.

Blake always wanted to be Model

Lauren Blake was interested in modeling from childhood but never thought she would be one.  She told Mediasearch,

When Lauren began studying at high school, people started telling her to embark on the opportunity because the then-hoping model deserved it. She gradually practiced angles and poses herself making glass her best friend.

Lauren Blake has modeled for several known agencies and brands. She shot for Life Magazine and hopes to work with a great team in the future.

Additionally, the actress snagged the role of Tasha in the TV series Totally Frank (2005-06). Her other hit projects include Speed Racer, The Stroy of F***, and more.

Blake has earned quite a good fortune from her multiple professions. As per estimation made by various online sources, Blake owns a net worth of $200,000 in 2022.

Lauren Blake Dated Dan Bilzerian For a While

Lauren Blake was romantically linked to the poker player and Instagram star Dan Bilzerian for a very short period. Her beau Dan became a social media sensation after his frequent party photos with several semi-clothed women.

The couple began seeing each other back in the summer of 2016.

Blake and Bilzerian Traveled a Few Countries Together

Bilzerian shared a photo from their beautiful trip to Italy with his girl on Facebook. Meanwhile, the couple also visited Pompeii, a vast archaeological site located in the Campania region.

Apparently, they also went to Prague. Dan captioned the photo, “Decided to go to Prague today with Lauren Blake”

Lauren and Dan subsequently separated after their very short-lived romance. Besides, he is also linked with many other women like Suelyn Medeiros, Sofia Beverly, Katie Bell, and more.

Sources suggest Lauren doesn’t have any boyfriends as of 2022. She has completely hidden everything about her love life since her break up with Bilzerian.

There are no reports on whether the actress is seeing someone or not at this moment.