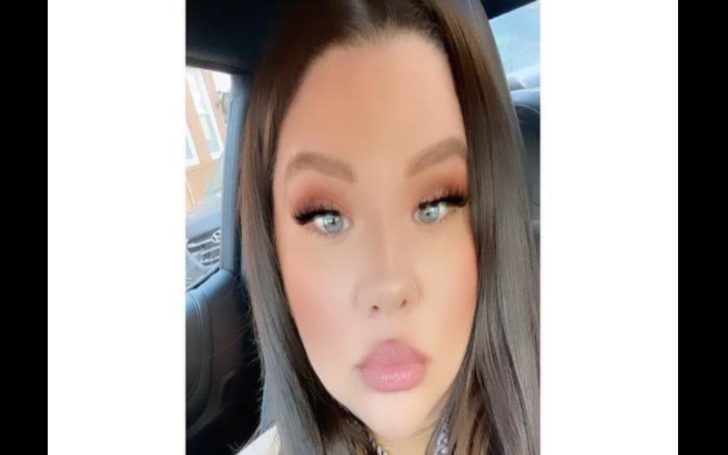 Nicole Covone is the ex-wife of rapper, Lil Durk who rose to global fame after being featured on Drake‘s hit single Laugh Now Cry Later. Covone’s ex-husband is also the founder of the famous Chicago rap collection Only The Family. After creating rap tracks on social media, Durk gained ground on the rap scene with his mixtape Life Ain’t No Joke.

It’s been a while since people started noticing and taking an interest in Lil Durk’s life — professional or otherwise. And when it comes to the rapper’s romantic side, Nicole Covone’s a very special name that keeps popping up.

Nicole Covone is also Durk’s baby mama. She once had a loving and promising allegiance to him too. So what went wrong? Have they really gone their separate ways? And where is Lil Durk’s ex Nicole now? Let’s try to find the answers here.

The Chicago native, Nicole (born, April 25, 1990) started dating Durk, in 2008 when the pair was still in their teenage years. Three years into the relationship and the high school sweethearts welcomed a son named Angelo on November 28, 2011. The two married shortly afterward and had yet another child, a daughter named Bella, on July 18, 2013.

Things were going well for the couple for a while. Unfortunately for Covone, her artist husband was hiding a destructive secret that would eventually tear their relationship for good and all.

Shortly after Nicole gave birth to Bella, the birth of Lil Durk’s third child Zayden was all out in the public.

To everyone’s surprise, Nicole was not Zayden’s mom. While her husband was careful to keep the other woman’s name out of the press, he did take responsibility for his son and passed on his name. Nicole, however, was not able to move past all the lying and cheating.

Consequently, the new mother decided to get a divorce just months after giving birth to Bella.

In June 2013 Durk got himself behind bars after authorities allegedly found him in possession of a loaded .40 caliber firearm.

Reportedly, the then 20-year-old tried to get rid of the gun by throwing it into a car.

Also on hand for support was Nicole Covone, 23, who was “literally about to pop,” alongside Durk’s family members. She was due to give birth to her daughter, Bella that day and told the media that Durk isn’t guilty and that she didn’t want to go into labor with him behind bars. She insisted that he was innocent.

Durk is a pretty good dad to all his kids, and fans know he’s got the means to back up their everyday needs. Then again, Nicole — and likely the other babies’ moms — doesn’t always agree with the fact that Durk is indeed a good parent to his kids.

In 2016, Durk took to his Instagram and said he wanted to take all of his children away from their mothers so he could raise them himself. He, nonetheless, admitted, his kids’ moms were all “perfect and good.”

To this, Covone had some choice words for him urging Durk to stay off of social media and do better as a dad.

She added that while Durk was a “great father” to their two kids, she wasn’t really sure what was going on with him at that moment. Covone said it seemed like Durk “wants some attention” and that he “gotta be talking to his other 10 BABYMAMAS” in saying that he’s “taking somebody’s kids.”

She stressed her point by saying “he knows it ain’t flying this way” and suggesting that Durk “stop the foolery.”

Who Is Covone’s Ex-Husband Dating Now?

Durk started his relationship with Royale in 2017. He asked her to marry him in September 2018. In addition to Angelo, Bella, Zayden, and Willow, Durk has two more kids, Du’mier and Skyler both born in 2014.

Lil is yet to disclose the name of Du’mier and Skyler’s mother.

Has Nicole Covone Moved On Too?

Covone, these days, seems pretty busy with being a mom of her two kids with her ex-husband, Lil Durk. Through her Facebook, she has defined herself as single.

Odd enough, Covone is yet to flush out images of Durk from her Facebook even though the dust has completely settled.

While Durk has confirmed his relationship with Royale on several occasions through his Insta, Covone is yet to reveal her new love interest. In fact, it’s unclear if she is looking for a new partner in the first place.

Where is Nicole Covone Now?

Covone, 31, currently resides in Chicago, Illinois with her two children. Besides, as for her professional endeavors, Nicole who belongs to mixed ethnicity has yet to disclose what is she doing as of 2022.