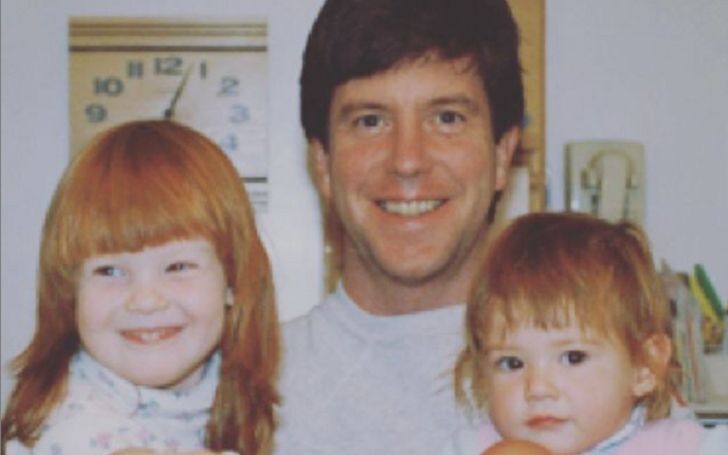 Lois Bergeron is the wife of Tom Bergeron. Tom is a game show host who rose to prominence after his work on America’s Funniest Home Videos and Dancing with the Stars. The couple, who has been married for decades, is blessed with two grown daughters.

Despite Tom Bergeron’s extensive media appearance, he has kept his love life well under the media radar. Moreover, Lois and her husband Tom are rarely seen out in public.

In today’s article, we will be finding out everything about Tom Bergeron’s wife Lois!

How old is Lois Bergeron?

Lois was born Lois A Harmon on June 5, 1952, in Massachusetts, in the United States. She spent most of her early life in Massachusetts along with her family. However, the details of her parents still remain behind closed doors.

Besides, Bergeron, 68, is an American as per her nationality and belongs to Caucasian ethnicity.

When Did Lois Marry Tom Bergeron? Their Secret Marriage

According to a tabloids report, the couple tied the knot in 1982. But, neither the game show host nor his wife has ever talked about their wedding. They have kept their love life extremely private and rarely make their appearance in the public.

While Lois maintains a very low-key existence, paparazzi once caught her while leaving the Dancing with the Stars after-party along with her hubby Tom in Beverly Hills, Los Angeles in 2014. However, the video clip isn’t available on YouTube.

In a rare interview with Closer Weekly, Tom once talked about his wife,

“Lois and I know we’re better together than solo.”

The duo shares two daughters. Lois gave birth to their first daughter, Jessica in the late 1980s. Being the daughter of the game show host, Jessica made her first television appearance at a mere 5 months. Her father Tom shared a throwback photo of his daughter from the event on his Instagram. Tom’s wife Lois can also be seen in the photo but her face partially blocked by his left shoulder.

A few years after Jessica’s birth, their second daughter, Samantha Bergeron was born in October 1990. Talking about his daughters, the proud father told Closer Weekly,

“I feel very grateful to be their dad, and they make me proud pretty regularly.”

Furthermore, the former Dancing with the Stars host told his daughters are “the lights of my life,” while co-hosting the annual Jerry Lewis MDA Labor Day Telethon.

“I also know (but don’t tell them I said this) how often they, by just being themselves, have taught me important lessons about living a life of courage and character.”

Where Does Lois Bergeron Live?

Bergeron currently resides in her house in Calabasas, California. Her spouse Tom bought the house in June of 2005 for $1.99 million. The 4,016 sq ft home has a 5-bed and 5-bath. The couple also owns a house in Connecticut.

Tom, who is active in the TV industry since 1981, has racked a good amount of money from the extensive career. His net worth stands at $16 million as of 2021. Besides, Bergeron used to receive a salary of $150,000 per episode as a host of Dancing with the Stars.

Born and raised in Haverhill, Massachusetts, Tom is the son of French-Canadian father Ray and Irish mother Kay Bergeron. He landed his first broadcasting job as a disc jockey at WHAV, a low-paper radio station in his hometown of Haverhill.

Bergeron made his TV debut with a job as a host of Granite State Challenge, a local game show. He then joined the CBS TV station called WBZ-TV. During his time with the network, the then-promising TV personality worked as a contributor on Evening Magazine and then became the host of 4 Today.

In 1994, Tom went on to join the morning show Breakfast Time aired on FX and became part of it until 1997. He won his first Daytime Emmy Award for hosting the game show Hollywood Squares. Furthermore, Bergeron obtained huge popularity following his role as a host of the reality series Dancing with the Stars. His work on the show brought him nine Primetime Emmy Awards nominations winning one of them.