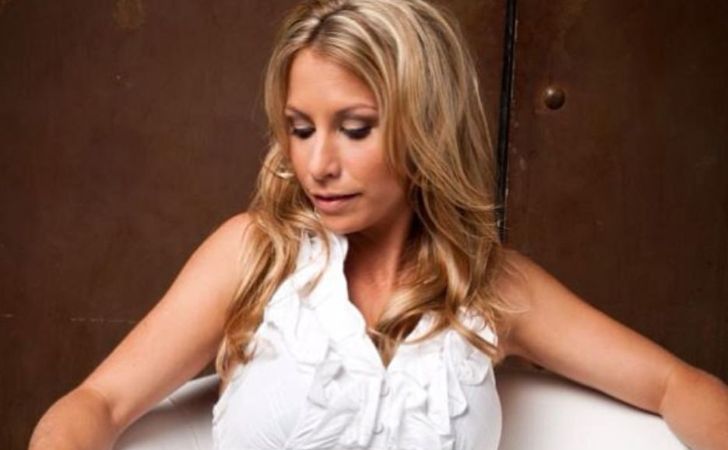 Lyssa Rae Brittain, also known as Big Lyssa, is an American businesswoman, housekeeper, and the third wife of TV personality Duane Chapman. Her ex-husband Duane Lee “Dog” Chapman is a bounty hunter and former bail bondsman, known for his work in the reality series Dog the Bounty Hunter.

From her marriage, she has four children, and she is also a grandmother already. To distinguish her from her daughter Lyssa Chapman, she goes by Big Lyssa, whereas her daughter goes by Baby Lyssa.

Here are several other interesting facts about Lyssa Rae Brittain that many don’t know. Let’s get into it.

Lyssa Rae Brittain Is The Third Wife Of Duane Chapman

Do you know Duane Lee “Dog” Chapman? He is the ex-husband of Lyssa Rae Brittain. Lisa and Dog got married in 1982 in the mountains of Colorado. The Native American chief reportedly performed at their wedding ceremony.

Their decision to walk down the aisle was a very instantaneous decision. They reportedly decided to tie the knot just two weeks before they welcomed their first child Barbara Katie Chapman.

The couple met for the first time at a bar a few months before they tied the knot.

She Lost One Of Her Four Children With Duane

From her marriage with Duane, Lyssa welcomed four children. Her first child, Barbara Katie Chapman was born on June 8, 1982. As per the reports, Duane gave her $1000 to keep the child at the time of her birth. Unfortunately, she lost her first daughter. She died on May 19, 2006, in a car accident outside of Fairbanks, Alaska.

While her kids were still small, Lyssa Brittain and Duane lived in their home left by Duane’s grandfather in Denver, Colorado.

Lyssa Rae Brittain Is a Grandmother As Well

The ex-wife of Duane Chapman, Lyssa is not just a mother of three at present but also a grandmother. She already has three grandchildren, Abbie Mae Chapman, Madalynn Grace Galanti, & Travis Drake-Lee Chapman. Abbie And Madalynn are the kids of her daughter, Lyssa Chapman, with husband Brahman Galanti, whereas Travis was born from her late daughter Barbara’s marriage with Travis Drake-Lee Mimms.

All her grandkids are already grown-ups. Abbie was born on June 11, 2002, and is currently 19 years of age. Likewise, Madalynn & Travis was born in 2009 and 2002 respectively. Needless to say, she has a great relationship with all her grandchildren.

Big Lyssa Was Married Once Before Duane Chapman

Duane is not the only husband of Lyssa. She was, in fact, already married before she tied the knot to Chapman. As per the reports, she was in a marital relationship with an Assemblies of God minister.

During her first meeting with Chapman, she was still married to her first spouse but had separated because of his infidelities. Unfortunately, she has not revealed the name of her first husband. They reportedly didn’t have any children together.

Lyssa Rae Brittain Was An Alcoholic

Not many know but Lyssa was into excessive alcohol for a period of time in her life. As accused by her daughter Lyssa Chapman, her mother drank alcohol heavily after her split from Duane.

But Baby Lyssa also admitted the fact that she had a much more peaceful life with her mother than her father after they split. Though her mother drank heavily, she had friends and loved her as well.

But on the other hand, Baby Lyssa’s father’s house, after his marriage to Beth, was filled with chaos. They had fights frequently and abused illegal substances.

Unfortunately, there are no pictures of Lyssa Rae on the internet, but she reportedly looked like her daughter Lyssa Chapman when young. Her daughter, who is a fitness freak inherits her mother’s healthy gene to much extent.

If reports are to be believed, Big Lyssa, who is 67 years of age, still maintains a good physique. She pretty much takes care of her diet and sleep. We wish her years of healthy life.

Despite being successful and famous, Lyssa does not seem to be a big fan of social media. At present, she leads a pretty much-secluded life away from the razzle-dazzle of social media. Looks like she is rather engrossed in her day-to-day life and spends her time with her daughters and grandchildren.

Not to mention, Lyssa Rae was a subject of media attention during her marriage to Duane Chapman. She was married to him for around a decade during which she also gained huge recognition.

But since her divorce, she had totally disappeared from the media. So where is she now? If sources are to be believed, Lyssa Rae Brittain is leading a peaceful life away from the limelight. Looks like she is settled in a country, but since there are no authentic reports on the matter, things cannot be guaranteed.

Lyssa Rae Brittain was born on July 15, 1954, in Denver, Colorado. She grew up in Colorado for the most part of her childhood. Though she has not revealed much about her parent, she comes from a well-to-do family.

She did her high school at Denver High School. Eventually, she studied business at The University of Colorado. Following the completion of her formal education in business, she engaged herself in the business world briefly but later shifted her career to domestic duties.