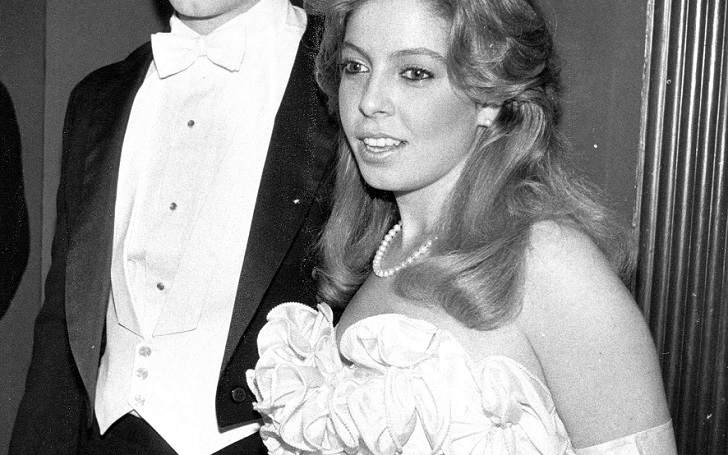 Madeline Cuomo has been in the limelight even before her birth because of her high-profile family background. She is the daughter of a late governor of New York Mario Cuomo and Matilda Cuomo, a former first lady of New York.

Being the daughter of such powerful parents, Cuomo undoubtedly had a comfortable childhood. She also has four siblings: one of her brothers Andrew Cuomo served as the governor of New York.

In addition to the prestigious family background, what does Madeline Cuomo do for a living? In this article, we will talk about her professional career as a lawyer in detail.

Besides, also know if Madeline Cuomo is married? if yes, who is her husband? Here are several unknown facts you didn’t know about her!

How old is Madeline Cuomo? Details on Her Parents

Her father Mario who was born in Queens to Italian immigrant parents served as a Governor of New York for three terms from 1983 to 1994. He graduated from St. John’s University. Sadly, the renowned politician died of heart failure in 2015.

On the other hand, Madeline’s mother Matilda is the founder of the New York State Mentoring Program. She also serves as a chairwoman of the program. Besides, the Cuomo family matriarch was also incorporated into the National Women’s Hall of Fame in 2017.

Which Ethnicity does Madeline Cuomo Belong to?

Madeline has Italian ethnical background as both of her paternal and maternal grandparents immigrated from Italy. Her nationality is American.

Madeline Grew Up With Her Four Siblings

Madeline spent most parts of her early life in Queens along with two brothers; Andrew Cuomo and Chris Cuomo as well as two sisters; Maria Cuomo Cole and Margaret Cuomo. Her brother Andrew was governor of New York from 2011 till 2021. He has also been named the chair of the National Governors Association.

In the meantime, Chris is also one of the prominent faces in the media field who currently serves as the presenter of the weeknight news analysis show, Cuomo Prime Time on CNN.

On the other hand, talking about Madeline’s sisters, Margaret is a well-read woman. She went to The Mary Louis Academy, graduating in 1973. She then enrolled at the SUNY Downstate Medical Center and earned an M.D. degree in 1981.

Margaret is now a radiologist and often writes books, emphasizing health issues. Further, their sister Maria is a film producer by profession.

Madeline Cuomo is a Lawyer By Profession

Moving towards her professional career, Cuomo is an attorney, specializing in matrimonial law. She was initially an associate at the New York law firm of Shea & Gould, in Manhattan. She later worked as a lawyer for several years. But, many sources have now reported that her license to advocate has been suspended.

As for her education, Madeline went to St. Francis Preparatory School in Bayside, Queens. She then went on to enroll at the State University at Albany. She obtained a JD from Albany Law School.

Who is Madeline Cuomo Husband? Her Renowned Wedding to Her High School Sweetheart

Madeline is a married woman who tied the knot with her high school sweetheart named Brian John O’Donoghue on 12th June 1993. Their wedding ceremony took place in Albany at the Cathedral of the Immaculate Conception and a reception party was organized at the Governor’s Mansion.

Cuomo opted for an Eve of Milady wedding gown with embroidered lace sleeves. The TV host Larry King told The New York Times at the time of their nuptials,

“She looked gorgeous! It was the longest dress I’ve ever seen in my life.”

Talking about their wedding party, it was a family-oriented event, only brothers, sisters, sisters-in-law, brothers-in-law, and nieces of the newly-minted couple attended it.

Soon after their wedding, unlike many young newly-wedded couples, Cuomo and O’Donoghue became busy in public service rather than partying. The pair spent several nights working at a nursing home and a shelter for homeless youths.

Chris Greene, a high school classmate of the duo told the tabloid, “He’s one of the true good-doers in the world. Most guys our age are out to make money and have a good time, but not him. He’s looking to save lives.”

Where Did They Meet? Their Longtime Marriage

Madeline and Brian first met when both of them were at St. Francis Preparatory School. There was a quick connection between the duo and they didn’t wait too much before starting dating.

The duo was in a relationship for several years before they tied the knot in the early-mid 1990s. They are together since and their marital relationship is still going quite strong.

Does Madeline Cuomo Have Any Children?

The matrimonial lawyer from New York City is quite successful in keeping her professional and personal life away from the spotlight. Thus, we are yet to able to trace out whether Madeline does share any kids with her spouse or not.

O’Donoghue is the son of Justice and Mrs. James F. He was raised along with his fourteen brothers and sisters. One of his brothers Thomas told that Brian had “a long reputation” in their family,

“Brian had had a long reputation in our family as a guy who was unlucky. When he was younger, he would get into minor car accidents and scrapes. We used to call him the Luckless Wonder. As you can well guess, as soon as he got engaged to the Governor’s daughter, that title changed quickly.”

Madeline Cuomo’s hubby Brian is the son of Justice, an actress in New York and Mrs. James F. O’Donoghue studied law at Fordham University. He used to work as a firefighter in Manhattan. Moreover, he also served as a lifeguard at Jones Beach on Long Island.

What is Madeline Cuomo’s Net Worth?

Madeline’s net worth stands at $1 million as of 2020. She earned a significant portion of her fortune from her profession as an attorney. She currently resides in New York with her family.