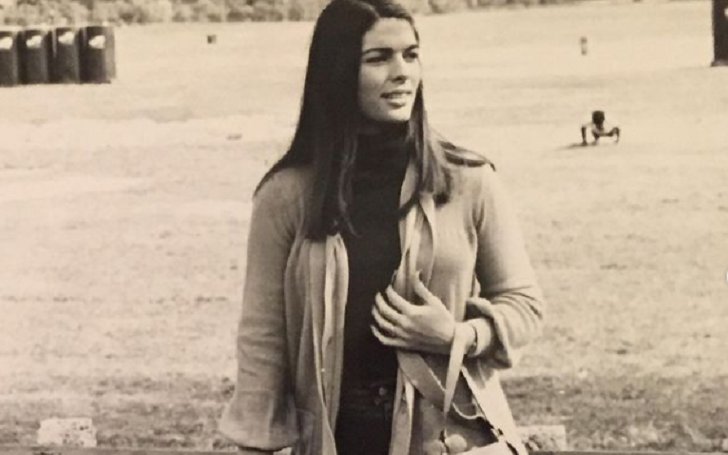 Marivi Lorido Garcia is a producer by profession. She has, however, been in the media as the wife of Academy-Award-nominated actor, Andy Garcia. The couple is considered one of the long-lasting celebrity couples in Hollywood and they have been together for over four decades.

Additionally, there is a lot to explain about their enduring relationship, including their first meeting, engagement, and their low-key wedding.

Well, also take a look at Marivi’s net worth, nationality, and more!

Yes, Marivi is a Cuban. She was born on 19th April 1958, in Cuba. She was banished from the country at an early age. Upon the banishment, Marivi, 63, made her move to the United States with her Spanish parents who were from Taramundi, Asturias, Spain, making a permanent settlement there.

Similarly, Lorido’s husband is also Cuban. His mother, Amelie Menéndez, was an English teacher while his father, René García Núñez, used to work as an attorney. Upon the failed Bay of Pigs Invasion, Garcia went to Miami, Florida at the age of five with his family.

Talking about her nationality, Lorido has dual nationality; American and Cuban.

Marivi attended Carrollton School of the Sacred Heart, a day school in Miami, Florida. She later went to the University of Miami.

Marivi is a producer. She was an executive producer of the feature film Just the Ticket in 1998. She worked on the project along with several actresses, including Alice Drummond and Andie MacDowell. Her spouse Andy played the role of Gary Starke in the film.

Moreover, Lorido has worked on a few other on-screen projects along with her hubby. They even own a production company, CineSon Entertainment.

When did they first meet? Andy approached Marivi to Make a Career in Hollywood But Her Father Wasn’t Ready

The two first came across in a Miami bar back in the mid-70s. It was love at first sight for the actor who recalled the moment with Chicago Tribune,

“It was love at first sight. I always knew I would marry her.”

Meanwhile, the couple got engaged on their very first date as Andy was already ready to take the relationship to a next level. He opened up about the proposal with Orlando Sentinel where he said,

“I proposed to her on the first date and she said yes.”

Andy started making his name in the entertainment industry after he and Marivi started dating. After he established himself in Hollywood, he persuaded his then-fiancee to pursue a career in acting. He told Orlando Sentinel that Marivi was ready to take a step in the acting world but her father wasn’t.

“She was easy to convince. But her father was another story.”

Although Marivi couldn’t make a big name in the entertainment industry, the popular celebrity spouse always supports her man. Andy once opened up that his wife was one who urged him to call his agent about a role in a crime thriller The Mean Season. At the time, the budding actor was a banquet waiter at the Beverly Hills Hilton.

Talking of Andy’s journey to stardom, he did numerous dead-end jobs; waiting tables, working on the docks, and more before making a big break on the 1980s TV series Hill Street Blues. Since then, Garcia never looked back and has worked in a number of evergreen movies like The Godfather Part III.

How long have they been Married? Their Low-Key Wedding Ceremony

The two remained engaged many years before they tied the knot. They wedded in September 1982, in an ultra-private wedding ceremony that was attended by their family members and close friends. Their marriage is one of the long-lasting marriages in Hollywood, which has been going strong since the early 1980s.

Besides, the loving duo is quite open regarding their love life. They often attend several big programs together. Back in May 2014, the duo stepped out to attend The Horsemen Flight Team Event in Chino, California.

Marivi Lorido Garcia is the Mother of Four Children

Furthermore, the duo became parents for the fourth time with the birth of Andrés Garcia-Lorido on January 28, 2002. All of their kids share quite a close relationship with each other and often share photos of themselves on their socials on various occasions.

Meanwhile, back in May 2020, The Godfather actor, Andy, shared his daughter’s wedding photo with her husband Stephen Borrello on his Instagram. Here is the photo.

Besides, all of their kids are doing a great job in their own way. Their daughter Dominik seems to follow the same career path as her father. She even worked with her father in the movie, City Island in 2009.

On the other hand, Marivi’s other daughter Alessandra is a model who has represented by IMG Models.

What is Marivi Lorido Garcia Net Worth? Details on Her House

Marivi has a net worth of $1 million. Her major source of income is her career as a director. She primarily resides in her house in Toluca Lake, Los Angeles. Her actor husband bought it back in 1993 for $2.26M. Furthermore, the duo also split their time in Key Biscayne, Florida.

Besides, her husband has an estimated net worth of $20 million.