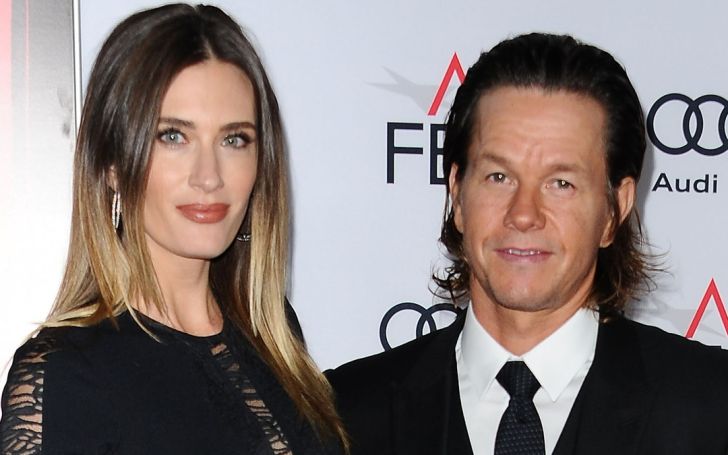 Rhea Durham is an American model famous for her work in several renowned fashion brands. Her career was already thriving as it is when the model started dating Mark Wahlberg. Since her link up with her now-husband Mark, her fame shot up even further.

From her relationship with Wahlberg, Rhea is also a mother of four children. Well, we all know about her personal life, but what about her early life, education, and parents. Does a popular celebrity spouse have any siblings?

She was born on July 1st, 1978, in Lakeland, Florida. She is the daughter of Kelly Durham and her husband. Her mother and father divorced when Rhea was in her teens. According to reports, she has a brother and a sister.

Rhea belongs to English ancestry and has Caucasian ethnicity. Meanwhile, her husband Mark has Swedish and distant Irish and French ancestry.

Durham spent her childhood in Lakeland from where she received her formal education as well. She studied at the Lakeland Senior High School but dropped out before graduating in order to pursue her modeling career. Still, she was able to get a high school equivalency diploma.

Besides, Rhea was raised in a Baptist Protestantism household. She however converted to Catholicism after marrying Mark.

What does Rhea Durham do? Details on Her Career

After she became a teenager, puberty literally hit Rhea like a freight train. At the age of 15, Rhea had visited a local mall when she caught the eye of Amy Woodworth, a scout with ModelScout. They were having a model search at the Lakeland Square Mall.

A couple of months after, the modeling agency offered her a whopping $100,000 contract to model in Paris. Only a 10th grader at the time, her mother Kelly wasn’t really into the idea of sending her daughter to Europe all by herself. However, in life, we need to take hard decisions and her mom also did which eventually turned out to be fruitful.

Back then, Kelly said, “At first, yes, I was worried. She was so young to be alone in Europe. But she has a good head on her shoulders. She takes things in her stride. The stress doesn’t seem to bother her, and she’s not dazzled by the glamour – or the money. She’s investing wisely.”

That being said, her first trip to Paris wasn’t as successful as she expected. Though Durham scored plenty of modeling gigs, success was elusive. Nevertheless, it all changed the very next year in 1995 when she not only got modeling work in Paris but in Germany and Italy as well.

She worked for several renowned brands around the globe

Throughout her career, Rhea worked for several internationally-famed fashion brands. She has worked for French Vogue, Marie Claire, British and American ELLE, Donna Karan, and many others.

She primarily worked with Company Model Management in New York and Karin Models in Paris. Apart from her modeling gig, Rhea also had the opportunity of walking in the 2000 and 2001 Victoria’s Secret Fashion Show.

Further, Rhea also featured in the Spin City episode of the TV series, The Wedding Scammer.

It was back in 2001 when the lovely couple met for the first time. Apparently, they glanced at each other during a press junket in New York in 2001. They were instantly attracted to each other.

They were so smitten that they went on a date the very next day at St. Patrick’s Cathedral in Midtown Manhattan. In an interview, he said,  “I knew shortly after that she was the one, but I still had to make sure that I was able to be the man I needed to be.”

Wahlberg was hopelessly in love with Rhea but before meeting her, he had decided never to give his heart to any girl. In an interview with Red Bullet Magazine, he revealed that he gave up on love when a girl he was dating left him after he went to prison.

After witnessing such a tragic moment in his life, Mark, out of rage, ended up hurting a lot of people, especially women. However, his whole perspective changed after meeting Rhea.

When did they marry? Their enduring marriage

The pair exchanged vows on August 1st, 2009, at the Good Shepard Catholic Church situated in Beverly Hills, California. The nuptials was a pretty small one with only 12 people in attendance.

As for the wedding dress, Mark wore a dark suit and Rhea looked radiant in a strapless Marchesa dress with silver embroidery along with a Neil Lane diamond-and-platinum cushion-cut ring. An eyewitness explained how the pair looked and said, “She looked like a princess and beyond stunning. Mark looked ecstatic.”

Since their nuptials, the power duo is also going pretty well.

From their affair, Reah shares four kids with her husband Mark. They welcomed their first child, a daughter named Ella Rae Wahlberg on September 2nd, 2003. The second Wahlberg kid, Michael came into this world in 2006. The third kid, Brendan Wahlberg was born in 2008, and the youngest one Grace Margaret Wahlberg in 2010.

All three of them are quite close to their parents and they were raised in a very loving environment. Both Rhea and Mark are exceptional parents who love their kids and take utmost care of them.

Besides, Rhea is also the aunt of Elijah Hendrix and Xavier Alexander. Both of them are the sons of her brother-in-law, Donnie Wahlberg.

Rhea has an estimated fortune of $20 million as of 2023. She has earned such a huge fortune from her stunning modeling career. In the meantime, Rhea Durham’s husband Mark has a fortune of $350 million.

As of now, the model lives in her luxurious Beverly Hills home alongside with her hubby and kids.