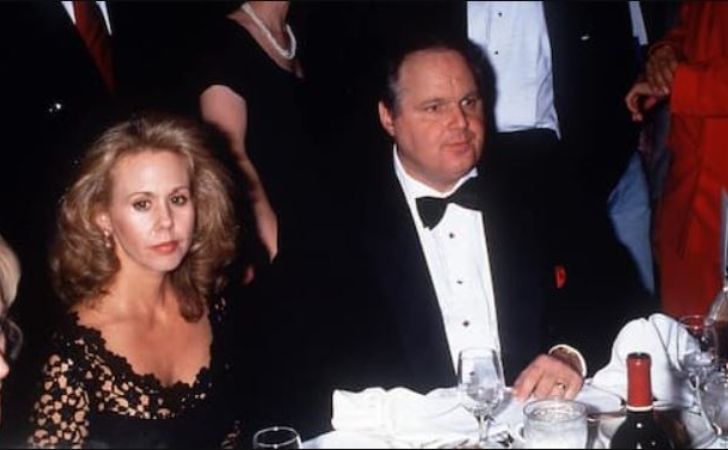 Marta Fitzgerald is an American aerobics instructor from Jacksonville, Florida. She is famous as the ex-wife of Rush Limbaugh. Unfortunately, her ex-husband passed away on February 17, 2021. Her ex-husband was a successful radio personality, conservative political commentator, and TV host.

Well, it has been years since the former couple divorced. So, how is her life at present? Did she ever marry again? In this article, we will find out everything about Rush Limbaugh’s ex-wife Marta.

Who Is Marta Fitzgerald?

Marta Fitzgerald is an aerobic instructor. She was born Marta Maranda Fitzgerald on December 10, 1960, in Titusville, Florida. At present, she is 60 years of age. Born in a middle-class American family, she had a pretty ordinary childhood.

She grew up along with her siblings but has kept all the details about them out of the reach of the media. It looks like she is concerned about the privacy of her family.

Talking about her education, she did her schooling in her hometown. Later, she attended the University of North Florida, where she finished her higher education.

Marta Fitzgerald Is The Third Wife Of Rush Limbaugh

As we said, Fitzgerald is the third wife of American radio personality Rush Limbaugh. They married on May 27, 1994, in an intimate wedding location in Virginia.

But how did Marta and Rush first meet? Well, they met after she contacted him via mail around the early 1990s. Their first meeting soon turned into a romantic relationship and they had already begun dating by 1992.

After their marriage, the couple shared a pretty good relationship. However, almost 10 years into marriage, Rush announced that he was divorcing his wife Marta. They reportedly separated on June 11, 2004, and their divorce was finalized on December 21, 2004. Monroe County Circuit Judge Sandra Taylor issued the final judgment and sealed the 22-page settlement.

At the time of their divorce, Tom was 54 whereas Marta was 45 years of age.

Marta has been married twice. Prior to her marriage to Rush, she was in a marital relationship with her first husband Tom Fitgerald. While they were together for some time, they have not revealed when exactly they tied the knot.

Like her second relationship, her first wedding also had ended up in a divorce. In fact, they were still married when Marta began a love affair with Rush. Marta and Tom divorced in 1992, after a years-long marital relationship.

Does She Have Kids?

Marta was married to Limbaugh for around a decade but unfortunately, they didn’t have any kids. The former couple has not revealed the reason behind not having any child together but it could be a medical condition.

Also, she didn’t have any kids with her first husband as well.

Marta Fitzgerald Career: She Is A Fitness Instructure

Well, she is a former aerobic instructor and led a successful career in the business. Reportedly, she dealt with numerous clients over the years and had gained enough fame and fortune.

Apart from Aerobic, she had also launched a West Palm Beach-based magazine named “Vent.” The magazine reportedly targeted an audience from 18 to 24 years of age. Unfortunately, the “Vent” didn’t publish for more than three issues.

Marta’s ex-husband Rush was married four times. He was first married to Roxy Maxine McNeely, a sales secretary at a radio station named WHB. They tied the knot on September 24, 1977, at the Centenary United Methodist Church, in Cape Girardeau. Unfortunately, their marriage didn’t last for very long as they divorced on July 10, 1980.

Shortly after divorcing Roxy, Rush married his second wife Michelle Sixta, a student at Kansas City Royals Stadium Club. They walked down the aisle in 1983 and eventually divorced in 1990.

Prior to his death in 2021, he was married to Kathryn Adams Limbaugh, an event planner from Florida. They reportedly tied the knot on June 5, 2010, after dating for three years. They remained married until his death on February 17, 2021.

How Did Rush Limbaugh Die?

As per the reports, Limbaugh died at the age of 70 on February 17, 2021. His death happened because of the complications of lung cancer. He was buried at the Bellefontaine Cemetery in St. Louis, Missouri.

As an ex-wife of a famous celebrity, Marta received a decent sum of money in the divorce settlement. Though she has not mentioned the exact sum of her wealth, her late husband had a net worth of $600 million at the time of his demise. Likewise, his annual salary was $85 million.