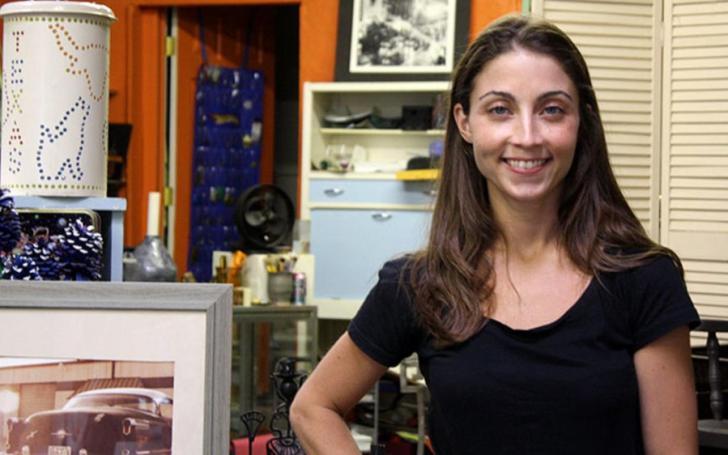 Mary Padian is a businessman and the owner of an online store named ‘Mary’s Finds.’ Besides, she is also prominent for her roles in movies and TV shows like ‘Storage Wars: Texas.’

But what about her love life? Is Mary Padian Married or dating a boyfriend? Find out all about her career, family, and relationship.

Storage Wars: Texas star Mary was born to father John Gerard Padian and mother Teresa Ann Padian. Her father who was a businessman by profession owned a scrap metal recycling plant, while her mother was a housewife.

She comes from a mixed ethnic background; her mother is Lebanese while her father is Irish in terms of ethnicity.

Talking of her family, she has strong ties with all the members. In fact, she lives in an extended family and has 42 cousins in total. Her uncle Bady Sassin is a famous attorney in Texas.

Talking of Mary’s education, she is a graduate. She received a degree in photojournalism from the University of Texas at Austin in the year 2003.

Shortly after her graduation, she moved to New York, where she followed her career in journalism.

Her Parents Divorced in 2009

Needless to mention, Mary still shares a strong bond with both her parents. However, she does not get to spend their company together at present.

After being in a marital relationship for over 2 decades, her parents got divorced in 2009.

Just after her graduation, Mary moved to New York City where she landed a job for an international design magazine, Architectural Digest. There she worked under the editor-in-chief of the magazine Paige Rense.

In 2010, after the retirement of her mentor Paige Rens, she moved to Texas where she opened a shop under the same name, “Mary Finds” that featured antique and refurbished furniture.

Well, Mary’s store soon opened a new door for her after an A & E Television producer walked into the store. Pleased with the charming environment, the producer offered her a project named “Storage Wars: Texas.”

She Was Offered a Reality TV Show “Storage Wars: Texas”

With the success of her store, she was offered a reality show ‘Storage Wars: Texas,’ which featured all the professional buyers looking for treasures from defaulted storage lockers.

In the show, she partnered with Moe Prigoff who as an experienced buyer happens to teach tips and tricks of the trade.

As the cast of Storage Wars: Texas, she received a salary of $450,000 per season. Besides, she also makes a good amount from her store.

Is Mary Padian Married? Who Is Her Husband?

To be precise, Mary is not married at present. Also, she has not revealed her wedding plans yet.

In fact, she is very reluctant about putting her personal life in public and has never talked about her relationship in public.

However, during the times of Storage Wars: Texas, she was linked to a man named Dylan to some extent. The speculation started after she introduced him as the crew of the show.

Is Dylan Her Boyfriend?

In the 3rd May 2016 episode of Storage Wars: Texas, Mary introduced a new crew member with a cheesy line which made many assume that Dylan was her boyfriend. This is what she said,

“I’ve been looking for love since I moved to California. Who’d have thought I needed to pop back down to Texas to find my perfect man. This is Dylan. Isn’t he dreamy?”

In fact, there were also rumors that Dylan accompanied Mary on EI Monte’s auction, however, the claim was never proved.

Besides, they have never been seen and heard about ever since the end of the reality show which makes us skeptical if they ever dated.

Thus, it is safe to say, Dylan is single and not dating at present. However, we hope she finds love in her life and ties the knot soon.